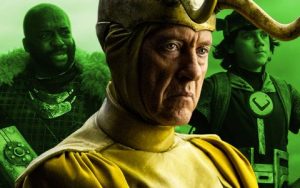 After getting pruned in Episode 4, Loki gets introduced to more new variants in Episode 5, “Journey to Mystery.” He interacts with them after getting into “a void at the end of time” where TVA dumps the pruned variants. As soon as God of Mischief encounters these additional Loki variants, some fresh and new variants also show up that are fun to watch. 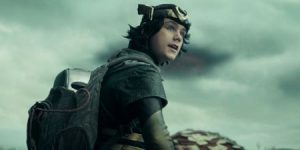 The role of Kid Loki is played by Jack Veal, who is perhaps the king of an unnamed void. This variant does not share a lot about his life. Still, Kid Loki gets significant respect from other variants because of his young age. He mentions that he killed Thor at a young age, which makes him sound impressive. This eventful crime is the reason why TVA pruned Kid Loki. 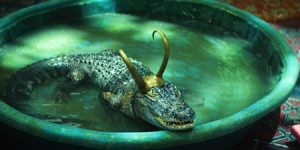 Being one amongst the council, Alligator Loki is the most entertaining variant. It does not speak but communicates via various sounds. Later in Episode 5, Boastful Loki reveals that Alligator Loki ate a neighbor’s cat, which is why it was pruned. However, there is no concrete proof that this Alligator is a Loki Variant. But still, other Lokis are found to be accepting it as one. 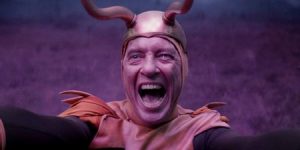 Classic Loki is one of the variants who rescued Loki after he was pruned. Played by Richard E. Grant, this variant claims that he deviated from his path while escaping Thanos’s wrath during Avengers: Infinity War. Instead of fighting Thanos, he opted to fake his death. After years of isolation, when he started to miss Thor, his brother, he stepped out and TVA pruned him. 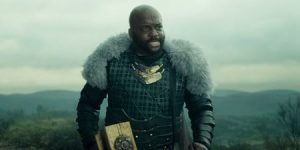 The last member, who rescued Loki after Ravonna pruned him, was Boastful Loki. Played by Deobia Oparei, this variant seems to be unsure about how he deviated from his path. As per his story, he vanquished Iron Man and Captain America in an encounter. As a reward, he claimed six Infinity Stones. Later in the episode, he accepts that he was exaggerating his Nexus event. 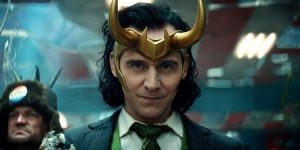 Inspired by the 2016 Vote Loki comic book, President Loki is a variant played by Tom Hiddleston himself. This variant failed to share his Nexus event due to time constraints but echoed that he dealt with Boastful Loki to suppress Kid Loki’s throne. But later, he betrayed Boastful Loki by pulling a double-cross.

In the end, President Loki seemed to be joined by several goons, which could be variants, but their names remained unlisted in Loki’s episode credits.