A new band of photos from the set of Warner Bros’ upcoming project Birds of Prey (and the Fantabulous Emancipation of One Harley Quinn) have found their way to the internet.

One of the photos give fans what looks like the best look until now at Mary Elizabeth Winstead’s Huntress. As opposed to previous images, which had to contend with strange lighting and awkward angles, this new image series featured Winstead donning the Huntress costume for the film, wearing the iconic black and purple suit front and centre.

BRAND NEW Set Picture of Mary Elizabeth Winstead as Huntress in the Birds of Prey! pic.twitter.com/IS8daKCJE3

The “Birds of Prey” DC account also posted many new photos of Margot Robbie as Harley Quinn. One image suggests that Harley has either going through hard times or is moving, as she can be spotted carrying a crate of her belongings.

NEW PICS of Margot Robbie as Harley Quinn in the upcoming ‘Birds of Prey!’ pic.twitter.com/4tvS98vea0

Fortunately, it doesn’t appear all sad for Harley Quinn, as another set image shows Harley running errands alongside Cassandra Cain (Ella Jay Basco) carrying a large bag of dog food, among other things, which is assumably for her pet hyenas.

NEW Pics of Margot Robbie as Harley Quinn with Dana Lee’s character ‘Doc’ in the upcoming Birds of Prey! pic.twitter.com/deP0OCaWGR

Lastly, the final pair of images shows Margot Robbie seemingly having a moment with Dr. Ken alum Dana Lee’s character, who is simply being referred to as “Doc”. 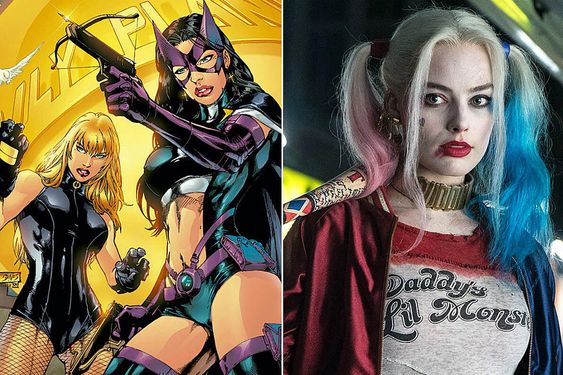 Birds Of Prey: Cast and Crew