The Album in Brief

In this album, the Slim Shady split classic rhymes is giving fans of Hip-Hop genre a thrilling treat, while ‘Unaccommodating’ works well with the taste of Marvel fans with its extra-exhilarating spirit. The ‘Unaccommodating’ song features the famous actress Young M.A. who gave an electrifying start to the song with her verse while Eminem added a superb second verse to it. In the song, Eminem made a reference to Marvel’s Thanos with its usual humor and sarcastic lyrics. The epic loss of Thanos in Avengers: Endgame is well mentioned by the rapper in a snarky manner.

His previous release like ‘Kamikaze’ also came as a surprise in 2018. In the album, with the song, ‘Fall’ Eminem sarcastically insulted Tyler which ultimately invited a lot of controversies for him. Later he cooled down the matter by saying “it went too far”. Eminem has always used lyrics related to real-life highlighted moments and that’s why he has managed to build a pop-culture of his own unlike his contemporaries like Backstreet Boys, N-Sync and all others. His out of box lyrics has always managed to create exhilaration among the audiences. That’s why he is a big name in the world of the hip-hop genre. 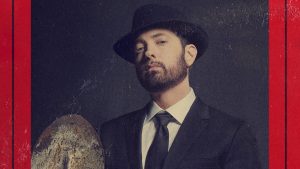 On the other side, it’s still quite early to say about the success of the album ‘Music To Be Murdered’. But seeing its initial power-packed start, it’s for sure that this album is going to create quite a stir among the audiences. Although, it’s already among the top trending stuff over social media ever since its launch.