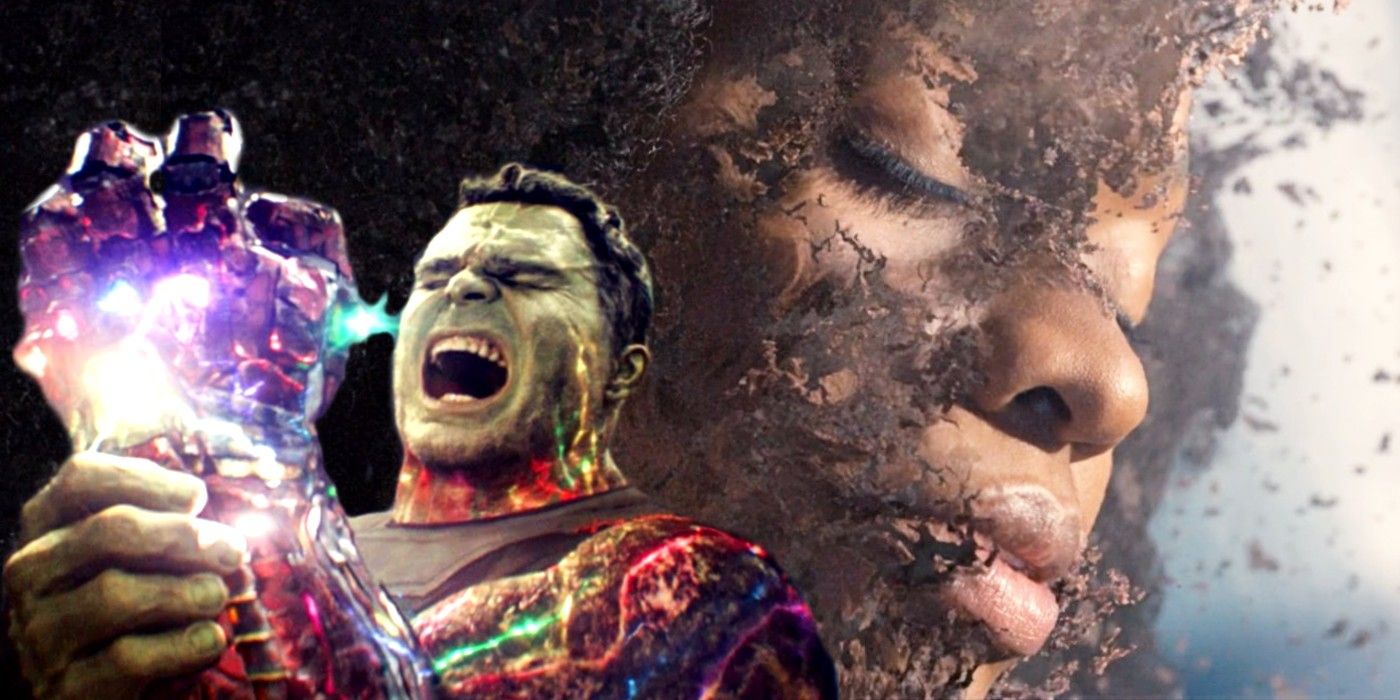 A cool new MCU video tags on the Hulk Snap moment of WandaVision  to Avengers: Endgame. The first premiered project from the MCU’s Phase 4, WandaVision, is officially presenting fans to the new Marvel universe. Other than 2019’s Spider-Man: Far From Home, the MCU hasn’t actually shown us what the world looks like after Avengers: Endgame, which obviously brought drastic changes to the landscape of the universe. Until now, WandaVision

‘s sitcom-styled story hasn’t really delved into the post Endgame world, but the episode 4 this weekend has finally revealed how the times have changed.

The most prominent connection to Avengers: Endgame appears in the first few minutes of this weekend’s episode. It starts with Monica Rambeau (Teyonah Parris) waking up in a hospital room after dozing beside the bedside of her mother Maria (Lashana Lynch). This, however, isn’t a normal wakeup, as Monica is appears to be pieced back together from tiny specks of dust. You guessed it right, Monica was one of the many people to disappear when Thanos (Josh Brolin) Snapped the Infinity Gauntlet. She was evidently brought back by Hulk (Mark Ruffalo) who did a Snap of his own. These opening minutes of WandaVision episode 4 take place right alongside the all -known Snap moment from Avengers: Endgame.

Fan joao pedro posted an edit of the two scenes back to back. The clever MCU edit displays Hulk Snapping his fingers in Avengers: Endgame before jumping to Monica’s WandaVision episode 4 opening. Interestingly, watching how the two events are supposed to be placed within the timeline makes both of them more impactful. Check out the video down below:

Spider-Man: Far From Home showed the returning of Thanos’ victims but it was largely treated as a joke. This will be the first time fans see the real horror that resulted from Hulk’s reverse Snap. WandaVision’s episode 4 shows the hysteric panic people felt as everyone reappeared suddenly after five years. Besides being an effective way of opening the episode, it also helped to expand upon the universe even further.

We can assume that there will be more hints in WandaVision about the aftermath of Avengers: Endgame. Many fans have made theories that something happened to Wanda (Elizabeth Olsen) right after the movie, thus leading to the events of the series. Although it’s unclear now as to how things unraveled their course, WandaVision will surely reveal more about this in the coming episodes. Many say that the show will have a lasting impact on the MCU, so fans better watch out!