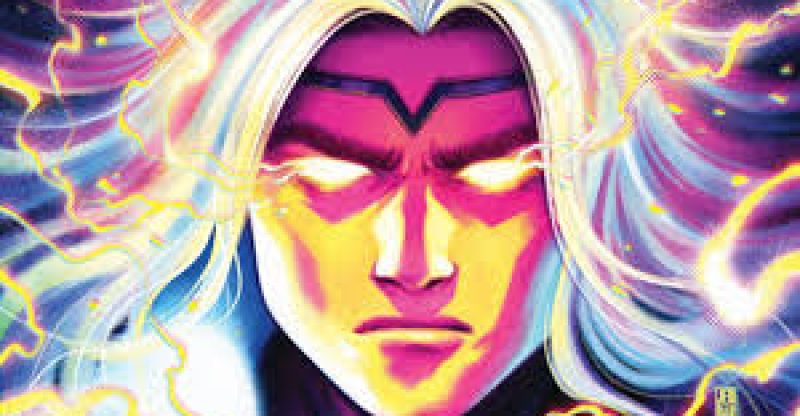 The new year has been an excellent start for 2020, with both Marvel and DC hit the ground running with new releases. Marvel’s Thor is the latest to join the list.
With Jason Aaron’s seven-year spell of writing Thor coming to an end, let us see what new artist Nic Klein and writer Donny Cates have in store for our favorite God. 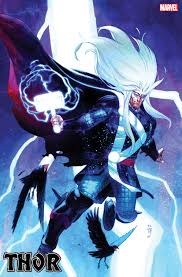 Klein’s version of Thor as seen in Thor#1.

What is new with Thor?

Aaron’s storyline defined Thor’s struggle to come to power, and now that he has claimed his place as the all-Father of Asgard, it has left many fans wondering what happens next for our might hero. Under Aaron’s reign Thor, faced off against Malekith the Accursed, at a later point. During one of confrontation battles, Malekith severs Thor’s left arm. Here starts Thor’s experimentation with prosthetics made from Uru metal. In Thor #1, he reverts to one of his previous prosthetics, the arm of the Destroyer.

A close up of Dark Thor.

Where does the story go now?

Thor #1 portrays Thor feeling restless as the new King of Asgard, not adjusting well to his retirement. But the peace is short-lived as Galactus wrecks havoc over Asgard. He also reveals to Thor that something called Black Winter is coming.
Thor gathers Galactus’ past and present heralds to learn more about this mysterious Black Winter. Silver Surfer reveals that the Black Winter was the force responsible for destroying the previous incarnation of the Marvel Universe, an act which also transformed the mortal scientist Galan into the cosmic devourer Galactus. However, what Thor does not know is that he is the one who kills Galactus for the second time, and Galactus only came to Asgard to prevent his death. 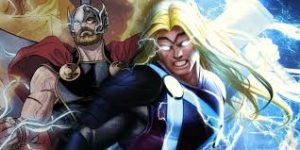 A comparison between Aaron’s Thor and Klein’s Thor.

What’s with the changed look?

Galactus then blasts Thor with a powerful wave of energy. This energy doesn’t kill Thor but changes him into the brand new herald of Galactus. Galactus thinks making Thor his servant will prevent the God of thunder from ultimately trying to kill him.

Here is when the new costume comes in. Thor’s body has been leveled up by the Power Cosmic, turning him into possibly the most strongest hero in the entire universe. The new costume is adorned by the Norse rune Thurisaz. It is to represent a thorn protruding from the World Tree, Thurisaz appropriately symbolizes both protection and destruction.

Have you read the new Thor? What do you think about his new look? Let us know in the comments below!