We’ve been reading about the X-Men since 1963. They wear goofy costumes and this questions the design choices made but mostly these mutants are considered to be strange because well, they are strange. I mean, think about it, not everyone can control weather and still look so hot! Just because they don’t look attractive or impressive doesn’t mean they aren’t powerful. Today, we tell you about the 8 most powerful mutants in the world. 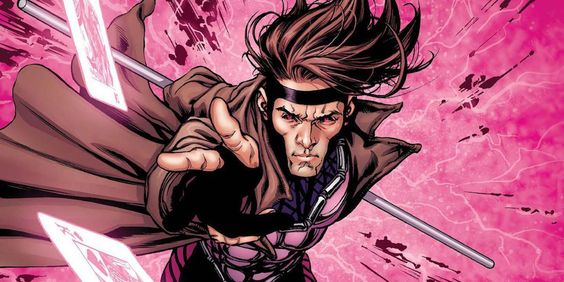 He’s one of the awesom-est characters for kids who grew up reading Jim Lee era comic books and watched Fox’s X-Men-The animated series. He can turn any object into raw kinetic energy and this makes him lethal. This guy can play with a pen through his fingers and can make the same pen blast a hole the very next minute.

He was imbued with massive power after he succumbed to the will of En Sabah Nur. This power ran way beyond being able to transfer kinetic energy. He was even able to affect matter even on a minute level and could turn the air into poison. After another upgrade from Apoclaypse, he could charge the ground beneath his feet which left a crater on the Earth. 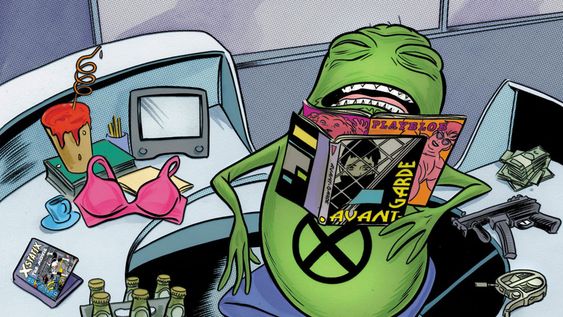 Meet the strangest X-Man ever. He looks strange and his powers are stranger. He could be scaled off for a totally cartoonish character because of his bulbous green body. But he can fly and punch. And when I say punch, he can punch really hard. He can heal himself and has superhuman strength. He also carries an extra-dimensional void inside his body which can store or transport any object. His power is simply immeasurable. His funny appearance gives him an upper hand over enemies. He is lazy most of the time and is often seen sleeping at Xavier Institute during the day but he turns into a dangerous fighter at night. 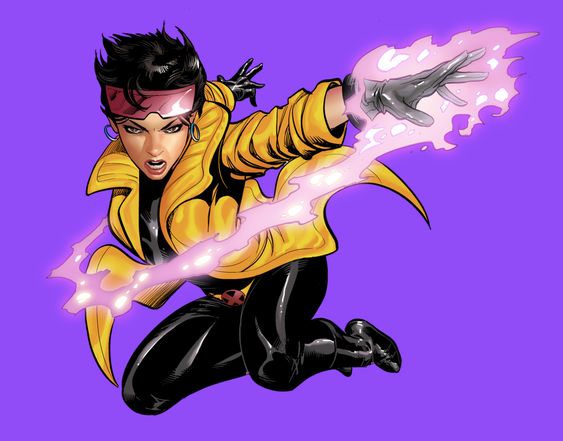 She is a quintessential teenage member of the X-Men team and can always be seen in a hurry to jump into fights with some of the most dangerous villains of X-Men. Apart from being a forever reliable hero, she can even shoot fireworks but this doesn’t convey how powerful she actually is. Wearing neon coloured costume, she can generate pyrotechnic blasts and can even evade telepathic detection from the most powerful telepaths in the universe. She is immortal and has superhuman speed and agility, not forgetting immense strength and the last, regeneration. 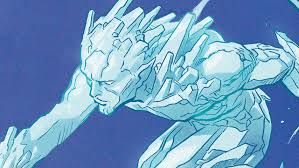 He debuted in the 1960’s and has evolved into a stronger character since then. He looks like just another skinny man wearing cargo shorts, made of ice but don’t judge a book by its cover. He is one of the most powerful hitters the X-men have.

We’ve seen him as a massive ice golem which can be termed as unstoppable and this can even freeze everyone in its path. He proves again and again that ice is as tough as stone and with toughness and reliability, he has been around for more than half a century. 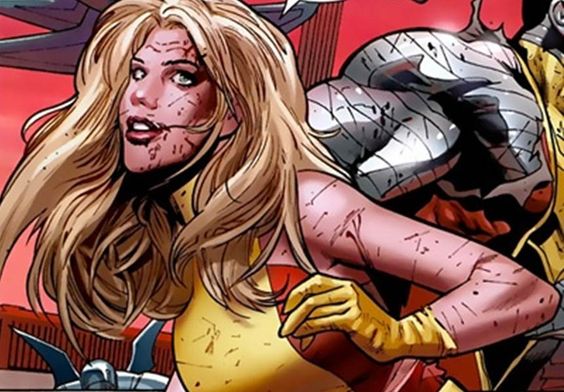 She was introduced as the kid sister to Cannonball, a girl originating from a coal mine in Kentucky who is seemingly harmless. We can call her beautiful and an overachiever. She was reintroduced in 1994 as a mutant like her brother, though her powers are different from his. She can strip or husk her skin to generate a different shape and composition of her body, revealing stone as an exterior in most of the cases.

One might argue about her powers but she has proved this through time and one one instance, she got possessed by Proteus and this left and her powers extremely volatile. After the possession wore off, these powers developed strangely. She can now produce kinetic energy and this makes her a dangerous hero.

When we first saw Cannonball, we never thought he could make his way to one of the most strongest heroes in X-Men. He was a gangly kid from Kentucky went on to join Cable’s mutant squad, X-Force but this didn’t do him any good. He’s a living mutant missile which is always ready to take off on enemies.

This makes him a weapon of mass destruction and his name ‘cannonball’ doesn’t really do full justice to his abilities. He can travel at ridiculously great speeds and can generate blasts during his flight. Like a bullet, he can knock through steel barriers with ease. His fearless attitude makes him a notable leader.

He could be stated as the least known mutant in the New Mutants. He can translate any language, written or spoken and this made him the least favourite among the artists. There wasn’t much he could do in combat until the “Necrosha” storyline where he is resurrected through Transmode Virus and gets a better understanding of his powers. Now, apart from reading and understanding any language, he could even read the opponents’ moves during combat which he uses to turn the attacks back. (Just like Neo in The Matrix) 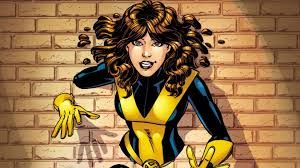 Kitty Pryde is considered more or less like an icon today but when she was introduced in 1980, she was just an intelligent girl and she even claimed Professor X as a ‘jerk’. And to be honest, she isn’t wrong altogether. Professor has done dirty things in the past (creation of Danger) and this outburst makes her a relatable character among fans.

Talking about abilities, she can phase through anything, even a solid object by making herself intangible. With an intelligent brain, she once made a Sky scraper sized bullet phase through the surface of the Earth, saving all humanity. She even fought the moniker Star-Lord after becoming the de facto leader do The Guardians of the Galaxy where she gave a stunning display of her abilities.