Jennifer Lopez recently walked down the aisle for the fourth time at A Little White Wedding Chapel in Las Vegas to marry Ben Affleck. The couple, who met in 2003, had been engaged once before, before breaking things off in 2004. However, it seems like years later, their love story is finally complete now that the two have tied the knot. The “I Ain’t Your Mama” singer launched a body care line just a week after her wedding to celebrate her 53rd birthday.

Also Read: ‘Spending Time With Her Makes Me a Better Person’: Ben Affleck Reveals Why He Came Back to Jennifer Lopez

“We already have some amazing products targeting tightening and firming for the face, so a product for the body that addressed those same issues was a natural next step for us. It was also the body part that our consumers wanted a targeted treatment for, and they couldn’t find it on the market.”

Also Read: ‘I can really tell it was real’: Ben Affleck and Jennifer Lopez’s Minister Says They Are Real ‘Soulmates’, Believes The Couple Will Last Forever

The actress also talked about how her mother’s struggle with cellulite influenced the product,

“I remember her wishing that there was some magic formula that was just going to make it disappear. And the truth is, we know that doesn’t exist.”

The actress also talked about how her husband, Ben Affleck, likes her best without any makeup.

The actress’ marriage and her latest skincare venture have her feeling “amazing and happier than ever.” Hopefully, her happiness will stay, and the couple will have good times together.

Also Read: ‘They Were Like Two Bees Stuck in Honey’: Jennifer Lopez Spotted Kissing Ben Affleck in Park in Paris, Fans Say ‘Get a Room’ 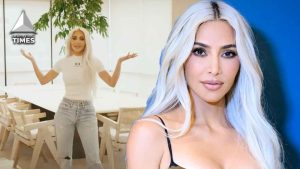