Thor debuted in Marvels in 1962, but it was Jack Kirby who introduced the character a decade before Stan Lee did. 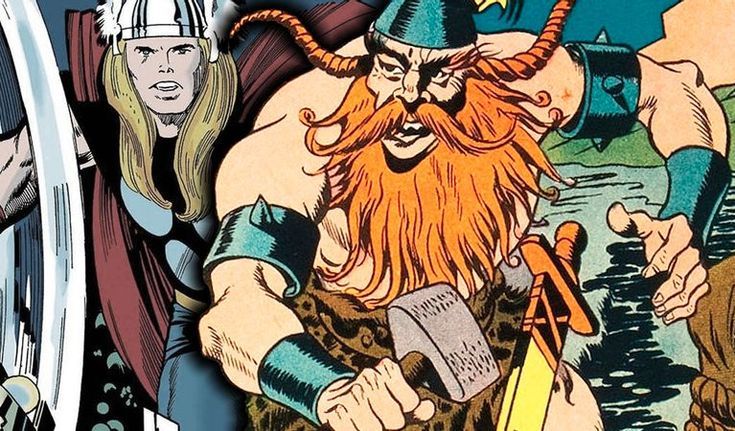 In the early days of Marvel Comics, Thor was perhaps one of the most flagship characters created by Stan Lee and Jack Kirby. It indeed helped the publishers to rank top along with The Incredible Hulk, Fantastic Four, and others. In a couple of interviews delivered by Stan Lee, he echoed Thor as something that he brought up as an idea. However, his claim wasn’t the complete truth and has certain flaws attached to it as it was Kirby who showed up with this idea a decade before Lee did.

Thor first appeared in Marvels with 1962’s Journey into Mystery #83 with Jack Kirby as the penciler, Stan Lee as the editor and Larry Lieber as the scripter. Kirby drafted Thor in Journey into Mystery with a couple of dialogues written by Robert Bernstein and Lieber. But by the time issue #90 showed up, both of them stepped back as they were busy drafting Tales of Suspense, Fantastic Four, and Strange Tales. With that being said, Kirby drew an occasional issue, #101, in 1964. He continued to pencil and co-write Thor for the next six years, after which he left Marvel to join DC.

Kirby first introduced Thor in the same comic where Captain America debuted. In 1941’s Captain America Comics #1, Jack Kirby co-wrote and drew “Murder LTD” featuring Hurricane, son of Thor. Next, in 1942, Kirby drafted Adventure Comics #75, where “Sandman and Sandy battle a modern THOR in the adventure of the Villain from Valhalla.” Post that, Kirby again mentioned and drew Thor in 1957’s Tales of the Unexpected #16 (The Magic Hammer). Obviously, the magic hammer could be none other than Thor’s hammer, which is gifted with miraculous powers and surrenders if only the real Thor appears.

As far as Kirby’s work is concerned, it is quite obvious that he has held a passion inclined towards mythology. And it even reflects on the work that he has done so far for both the Marvel and DC Universe. In an interview in March 1985, Kirby mentioned that he did a version of Thor in DC comics before he brought him to the Marvel Universe. Kirby specifically mentioned the red beard that he liked apart from the fact that he is a forever legends fan. That is perhaps why he was quite aware of every legend like Odin, Heimdall, and Balder.

With that being said, up until the age of 96, Stan Lee continued his Thor version, adding new elements each time he appeared on screen and in comic books. In 2018, Lee echoed that he has discovered something that most Marvel fans are not familiar with – the Norse Gods. That is why he keeps reading about them as it is quite fascinating as well. It does include everything, Odin, Thor, and Odin’s one eye story, Loki, and others. But when it comes to Thor and Marvel Comics’ early drafts, Lee admitted that Kirby’s involvement was much more substantial.