Video game is a game played by electronically manipulating images produced by a computer on monitor or other display. Video games were first introduced in the early 1950s. When Game Designers started making simple games and simulations for their research purposes. Games like  3D tic-tac-toe and Moon Landing began to be familiar among every-one and at the M.I.T it was been played mostly by students and professors. IBM 1560, was the platform on which these games were played for the first time by the means of  punch cards. Till the 70s and 80s video games weren’t so popular among the society. But this eventually got changed as the society was introduced to arcade games and gaming consoles such as  Joystick, Nintendo, atMark and many others. After 1980s there was a drastic change in the field of video games and people got to know about this on a larger scale. A famous home consoling games was introduced to the public in the 1970s which was one of its kind named “PONG”. Mall’s began to have large, coin-operated machines with high graphics-decorated in them. As the time passed by Video games got changed through that time frame and became more and more amazing with time. The eighth generation of consoles were introduced in 2013 which gave birth to some of the astonishing consoles such as Microsoft‘s Xbox One, Sony‘s PlayStation 4 and Nintendo‘s Wii U and 3Ds . Now for decades Pc games have been holding a large market share with Asia and Europe. Since the widespread and growth of smartphones has been there mobile gaming has grow more and more eventually.

Here are some of the Games that looked so much different back then as compared to now.

GOD OF WAR : Created by David Jaffe at Sony’s Santa Monica Studio is based on ancient mythology about a man named Kratos, a Spartan warrior who was tricked into killing his family by his master, The Greek God of War Ares. 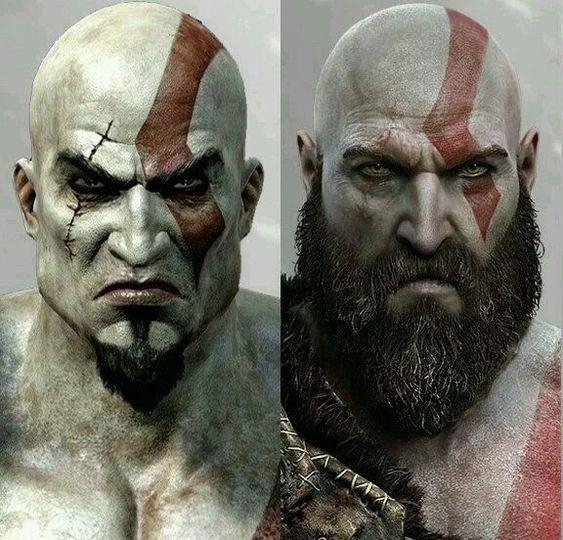 2. Tomb Rider: The  daughter of an eccentric adventurer Lara Croft who’s father goes missing takes Lara to solve the mystery of her father’s disappearance, leads her to a stubborn and unknown venture. 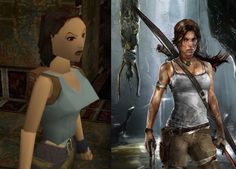 3. Resident Evil: An elite task force known as S.T.A.R.S sends it two members Chris Redfield and Jill Valentine, For  investigating the disappearance of their team members on the outskirts of Raccoon City. 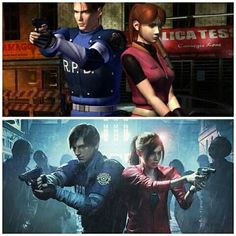 4. Mortal Kombat : Based on a popular fighting Mortal Kombat is a death match tournament where fighters battle among’st themselves. Shang Tsung a sorcerer of an another world invites some of the world’s best fighters to compete in this tournament. 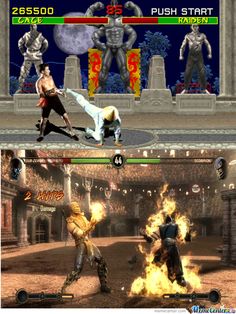 5. Street Fighter: This game was introduced in 1987 by Takashi Nishiyama and Hiroshi Matsumoto is a game in which the gamer play’s as Ryu a martial artist who competes in a worldwide tournament of martial arts among 10 opponents of 5 different Countries.

6. Crash Bandicoot:  Produced by  Sony Computer Entertainment and Naughty Dog is a video game for playstation  has a story arc where a character named Crash aims to prevent World Domination being held by tow villainous Cortex’s  and Brio.

7. Witcher: Is a game about  a  genetically emphasized human named  Geralt trained to assassinate monsters of Rivia. This game revolve around how Geralt finds and Kills different monsters find the man who is sending all these monsters Azar Javed.

8.Mario: A game about a common Plumber and his brother named Luigi  and Mario, goes on an incredible journey  to the Mushroom Kingdom to save their princess from a villain named Bowser.

9. Metal Gear: Is a game that revolves around a soldier named Snake and how he becomes a legendary soldier from a trainee. With the annihilation of his mentor and father figure The BOSS. 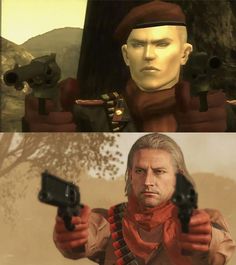 10. Sonic: A blue coloured  hedgehog that can run with speed of sound unlike other hedgehog has a game plot in which a mad  evil scientist named Dr. Robotnik who wants to captured Sonic.