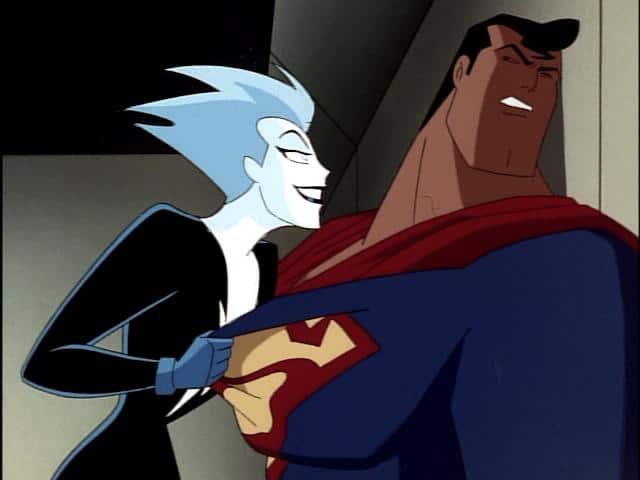 Live Wire’s very first appearance was in Superman: The Animated Series Episode titled “Live Wire”. Live Wire is an ardent hater of Superman and despises everything Superman does. She used to work as a radio station broadcaster for the Metropolis Radio Station Network. In her programs, she used to bash Superman as much as possible. She was basically the J Jonah Jameson of the DC Universe. But things took a turn for worse when Superman saved the life of the owner of Metropolis Radio Station’s wife. He had a change of heart and fired Leslie aka Live Wire after cancelling her Anti-Superman propaganda laden program. Her program was replaced with a Country Music broadcast. After Leslie was hit by electricity, she made it her life mission to punish Superman for the humiliation inflicted on her.

You May Also Like: 5 Batman Characters Who Deserve Prequel Series (& 5 Who Don’t) 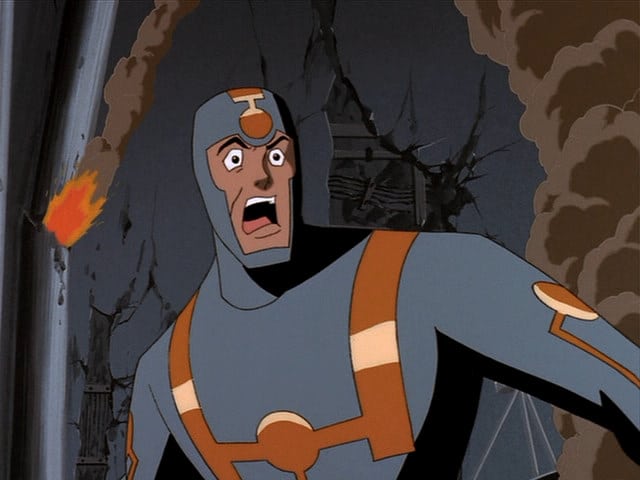 Luminus’ real name is Edward Lytener, a researcher working on light based technology for Lexcorp. In the Superman The Animated Series episode “Target”, Lytener approaches Lois Lane to reveal confidential information of Luthor. It is later revealed that Lytener is not trying to whistle-blow but is setting up a trap for Lois Lane, whom he hates with all his heart and is obsessed with bringing her down no matter the cost. Lytener has designed a harness that allows him to manipulate light energy, giving him the powers of casting illusions, turning invisible, and other energy based abilities. What makes Luminus even more dangerous is his ability to access and manipulate red sun radiation courtesy of his unique light manipulating harness. Luminus has a wonderful chemistry with Superman because his primary objective is to not take down the Man of Steel but the love of his life – Lois Lane. 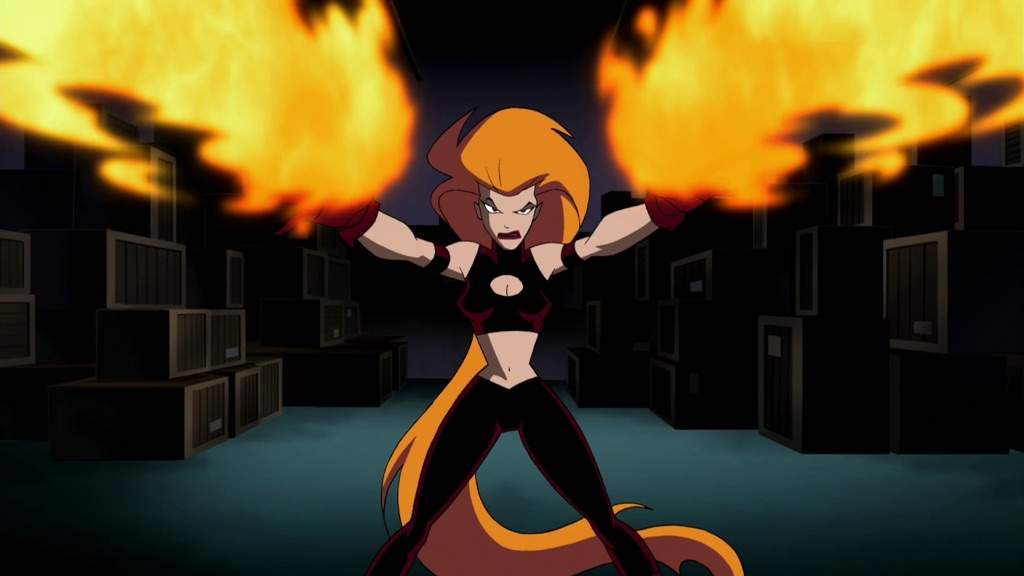 Claire Selton was abducted from her home by the United States Government and forcefully put into a program that would turn her into a human weapon. Selton possesses numerous pyro-kinetic abilities. She is extremely proficient in using fire for a variety of offensive and defensive purposes. When she escaped the human weapon program, the only way she could fend for her-self was by committing petty crimes. She was pushed into the world of villainy as a victim of circumstances than anything else. When push comes to shove, Volcana tries to do the right thing because she has had a troubled past and does not want to inflict than on others. She did make a comic book appearance in “superman 80 Page Giant” back in 2010 but she is yet to receive a proper introduction in the larger DC Universe. 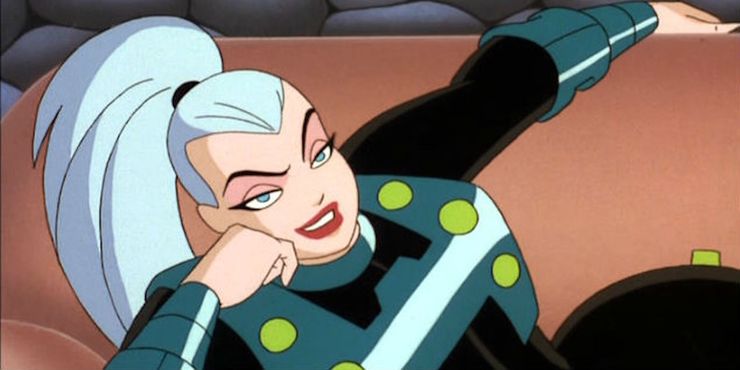 Superman might be the Last Son of Krypton but he has run into his fair share of Kryptonians that survived the destruction of his home planet. Most of the Krytponians Kal-El has met are actually criminals who escaped from the Phantom Zone. In Superman The Animated Series, we are introduced to two such other-worldly criminals – Jax-Ur, the first ever Kryptonian Criminal to have been sent to the Phantom Zone, and his loyalist follower Mala. Mala is an intriguing character that has several parallels to DC’s another popular super villain Harley Quinn. Like Harley, Mala is also obsessed with a mad man and will do anything to please him and remain in his good books, which also includes murder and torture. 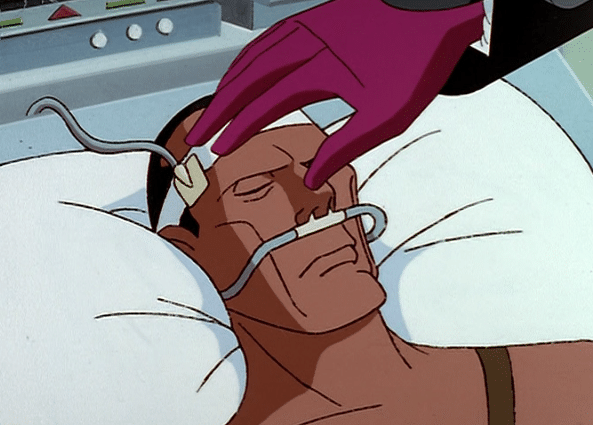 Earl Garver is a disgraced Star Labs researcher and scientist who was sent to prison because of his nefarious schemes to take down Superman. Because of the humiliation and the insult Garver faced due to Superman and Star Labs, he had a plan to take both of them down with one stone. Earl Garver tried to detonate Star Labs with a powerful bomb of his own design placed carefully in a strategic location of the Star Labs building. When Superman caught hold of him, Garver activated a trap that incapacitated the Man of Steel as well as render him comatose. The villain known as Parasite was then brought in to use his powers to absorb his memories and identify the location of the hidden bomb. Garver’s psyche ended up taking control of Parasite and he forced the guy to fight Superman. After Parasite realized that Garver had deceived him, he made an unsuccessful attempt at taking back control of his body. Garver was later arrested and woke up from his coma inside a prison cell. 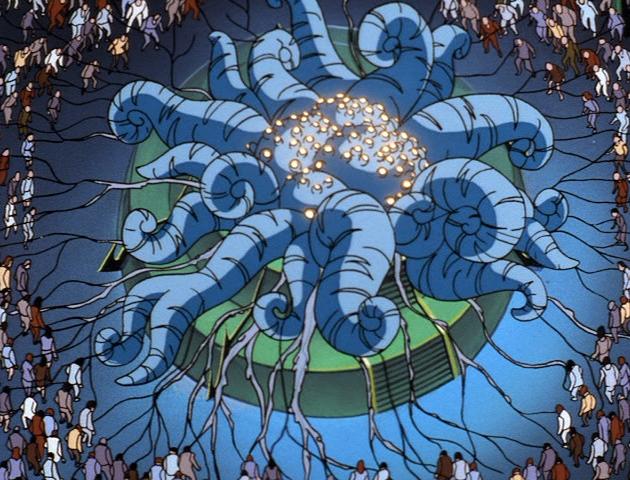 Unity is an alien spore hailing from an ancient, long lost civilization from a corner of the universe. The spore landed on Earth via a meteorite and then went on to cause all sorts of havoc for the innocent residents of Smallville. The alien parasite had infected and conquered countless worlds before it came to Earth. The first victim of his rampage was Reverend Amos Howell. As part of Unity’s plan, Howell converted many citizens of the town to support Unity. Unity would then infect each and every convert, spawning and sending parasitic worms into peoples’ brains to feed off of their electrical energy of their nervous system. Unity gives us a powerful Invasion of the Body Snatchers vibe. When Super Girl and Superman found out that Unity’s greatest weakness is X-Rays, they reduced its army to its last man – Amos Howell. Howell merged with Unity and became as powerful as Superman. He was only defeated after Super Girl burned him to death using a gas canister. 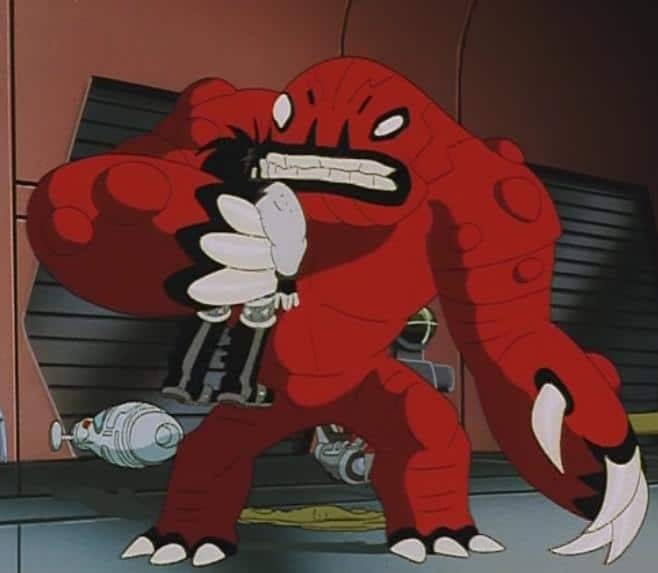 The entity known as the Preserver is the ultimate environmentalist, fighting for the rights of creatures of not just the Earth, but the entire universe. For Millennia, Preserver has been hoping from planet to planet, collecting and preserving the last of each species in his humongous cosmic zoo. His quest to protect all life in the universe led him to hire Lobo to fight and bring Superman, the last of the Kryptonian race, to him so that the Preserver could keep him locked up within his Comic Zoo. Lobo soon turned on his employer and sided with Superman. The preserver hired a rival gang of Lobo to take Superman out. When that did not work out, the Preserver took matters into his own hands. He transformed into a grotesque and huge red monster that had no more desire to protect Superman but kill him. Lobo managed to activate a space dock seal and push Preserver to die in the cold vacuum of space. Superman later took all the creatures Preserver had captured and gave them a place to stay in his Fortress of Solitude.