This news comes in via D23 and it will give all the fans of Kim Possible a reason to enjoy: Emmy and Grammy Award-winning actor/comedian Patton Oswald and Christy Carlson Romano are reportedly joining the cast of the highly anticipated Disney’s live-action Kim Possible.

The live action Kim Possible will be based on the classic animated series about a high school girl who saves the world from villains in her spare time. Romano had voiced the title character originally in the animated series while Oswalt voiced the villain, Professor Dementor. This revelation came at Disney’s Saturday Morning on the Lot event, where Romano announced her appearance in the upcoming live-action adaptation of the animated series. We don’t much about her character or the plot yet except the fact that the show will debut in 2019. 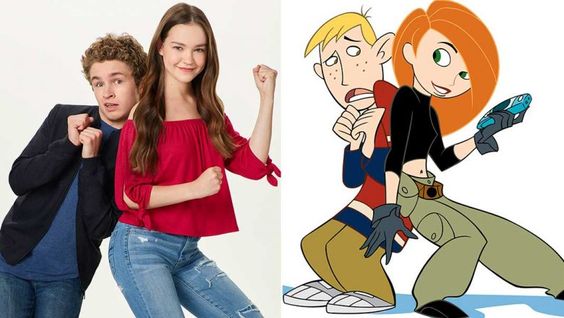 Romano also announced that Oswalt will play the fan-favourite villain, Professor Dementor in the series. Besides these two, the live-action series will also star Sadie Stanley as Kim Possible, Sean Giambrone as Ron Stoppable, Alyson Hannigan as Dr. Ann Possible, Todd Stashwick and Taylor Ortega as Drakken and Shago.

The live-action Kim Possible is scheduled to release in 2019 on Disney Channel.