Most horror films would be over in roughly five minutes if terrible mistakes were not made. You may yell at the screen all you want, but the act of characters in horror making poor decisions is here to stay. Horror aficionados are well-versed in the genre’s core cliches. People, for example, have a propensity to race upstairs rather than out the door. Alternatively, they put themselves in danger by exploring a mysterious sound. Oh, and don’t forget when the characters don’t finish off the killers. On Twitter, user @slasherbaddies tackled the craziest, oddest, and most perplexing horror tropes to ever grace the silver screen. In a post titled “The most peculiar things humans did in horror movies: a thread,” @slasherbaddies provided several examples of movie characters making bizarre decisions or just acting out of character. With that in mind, from trying to escape a psychopath through a pet door to pouring Coke on breakfast, here are a few instances from horror movies that made fans scream, “WTF?” Let’s check out ten times people made the worst decisions ever in horror movies. 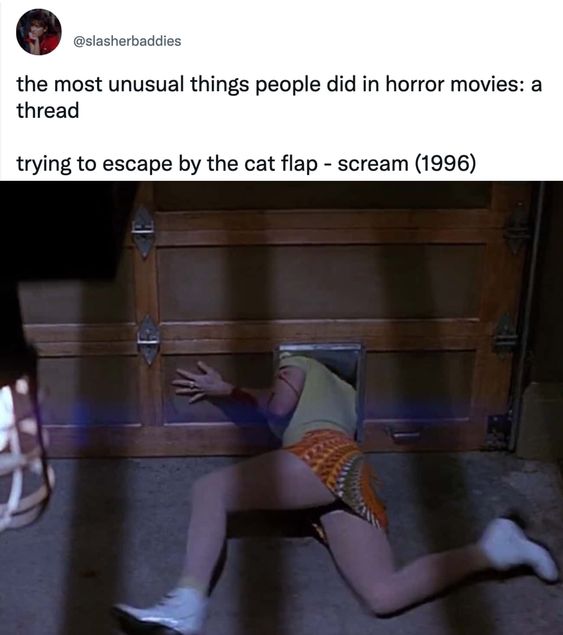 9. Don’t Take A Bath In An Abandoned Building: 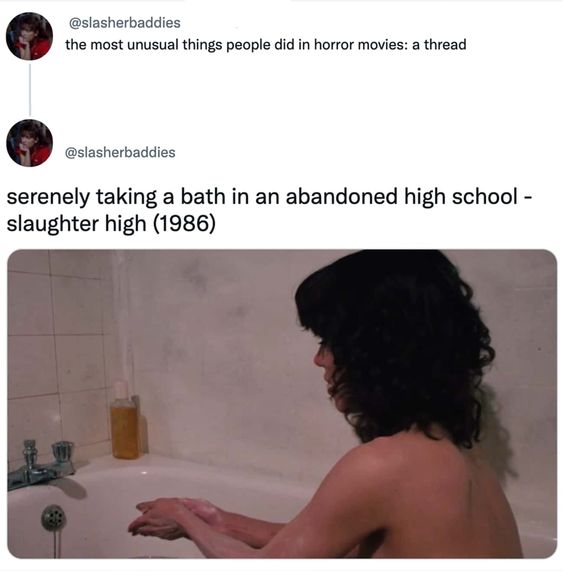 8. Odd Choice For A Dinner Table: 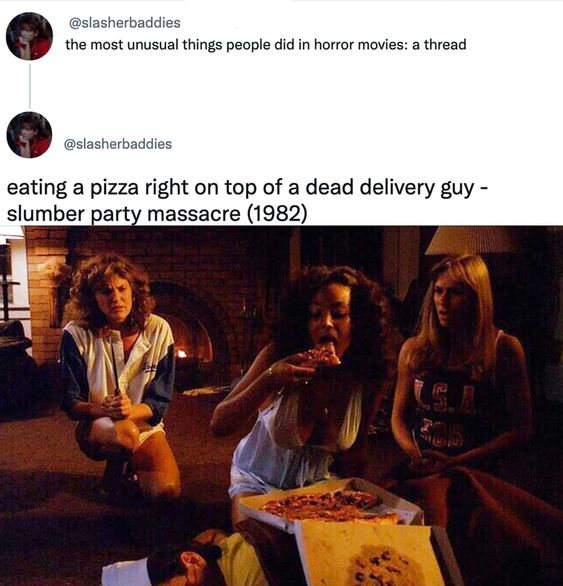 7. That Parking Place In ‘Malignant’: 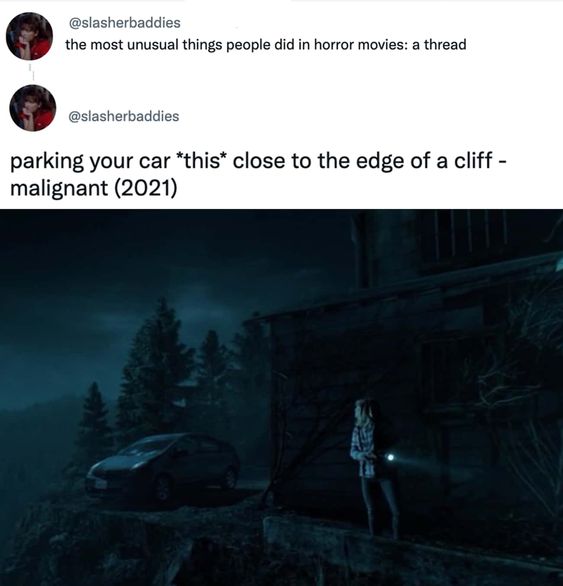 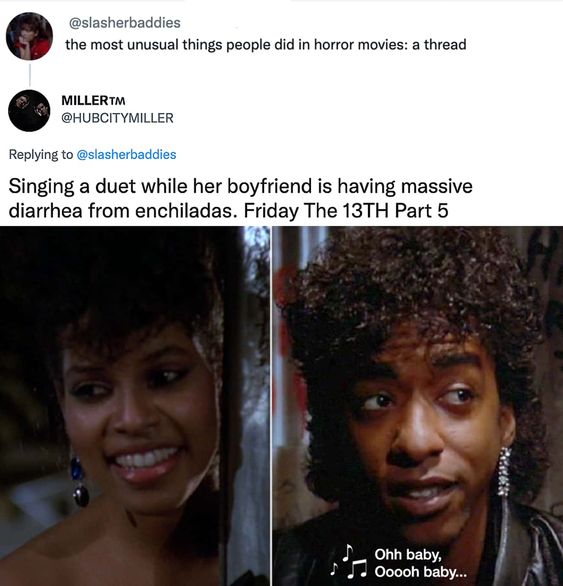 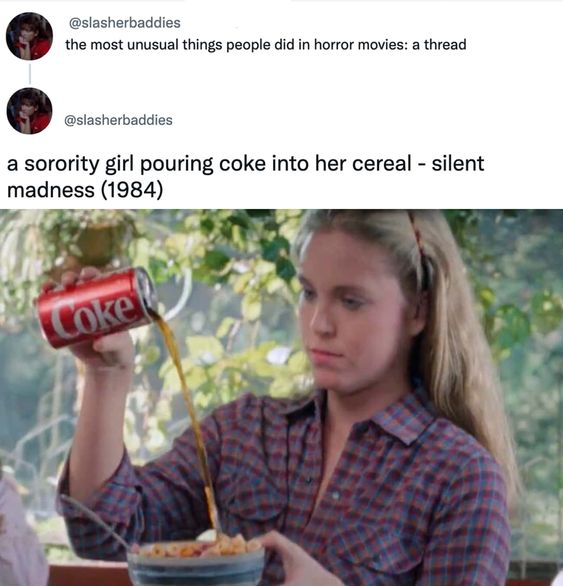 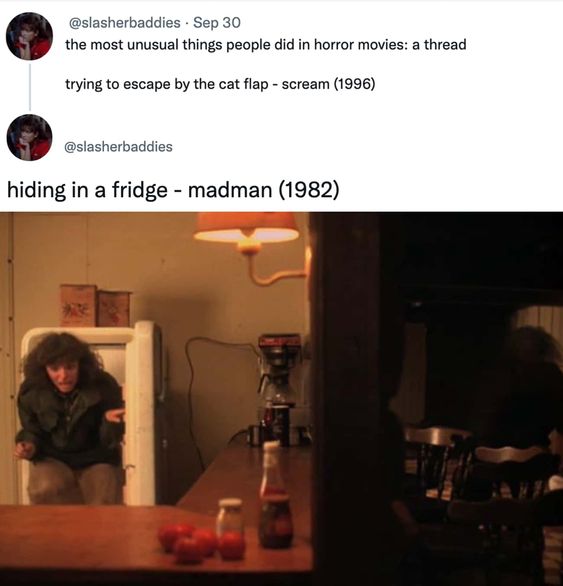 3. This Fashion Statement In ‘One Dark Night’: 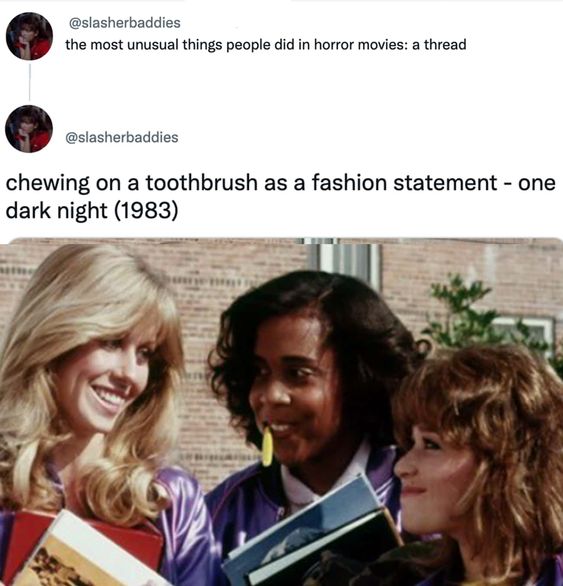 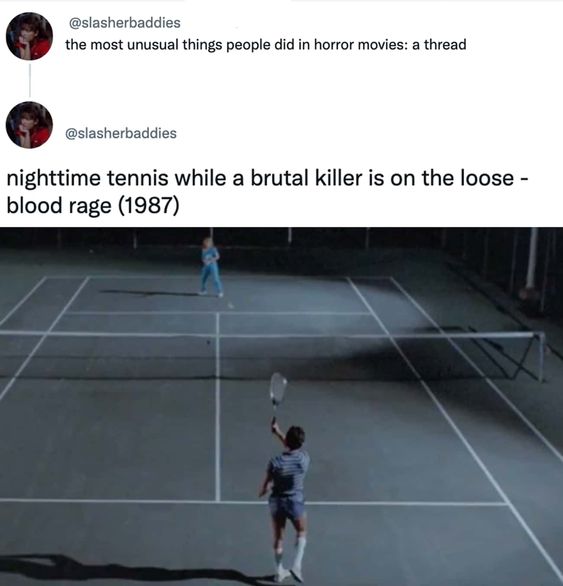 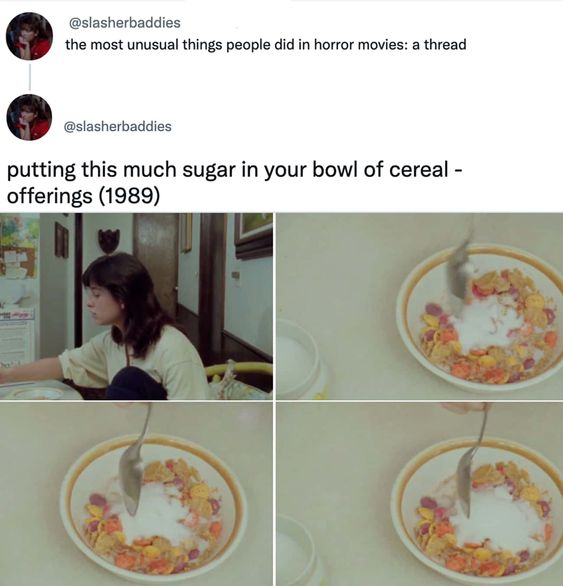 People Have Shared The Most Insane Decisions Horror Movie Characters Have Made, And We’re Fans are Dying (of Laughter). Well, to be honest, guys, these really are some of the most stupidest things that have happened in a horror movie. So what do you guys think about these decisions? Do let us know in the comments down below. Until then, we’ll see you lads in the next article, and don’t forget to keep on reading Animated Times, your one-stop destination for learning more about the entertainment industry, new movies and TV series, celebrity gossip, and so much more. We’ve got your back on all fronts. Continue reading Animated Times for more.