Pete Davidson, former Saturday Night Live star, seems to be adopting the role of stepdad pretty fast. Even though Kim K and Pete Davidson have been together for less than a year, things seem to be moving quickly since Pete was seen shopping with Saint West at the Grove shopping Plaza in L.A. on Saturday. Pete and Saint were not accompanied by Kim, which suggests that she trusts Pete to take care of her children even when she is not around.

In footage shared by TMZ, Saint can be seen walking around while holding hands with Pete, moments before entering The Cheesecake Factory. The footage suggests that Kim’s children are not only comfortable being around Pete but also enjoy his company. This is a positive sign for the couple who seem to be pretty serious about their relationship.

The relationship, which began with Kim K being “DTF” and going as far as calling the producers of SNL to get Pete’s number, has come a long way. In a recent episode of KUWTK, Kim talked about Pete in detail and described him as “the best human being” she has ever met and that “he’s really, really thoughtful and humble and genuine”. This laudatory statement by Kim further suggests how close the two are and how much she admires Pete.

In January, fans noticed that Pete got a tattoo that spells out the initials of Kim Kardashian and her four children, which suggests that the two plan on staying committed to each other. The tattoo further suggests that Pete is a part of the family and has a close relationship with the kids.

The growing bond between Pete and Kim Kardashian’s kids makes the fans wonder if Pete is a better dad than Kanye and how Kanye, who has been pretty vocal about his dislike towards Kim and Pete’s relationship, feels about the same. 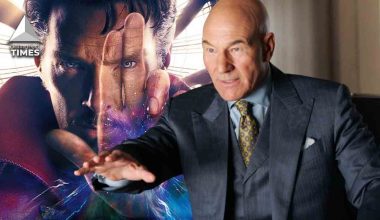 Read More
With just under three months for Doctor Strange in the Multiverse of Madness to hit theaters, the second trailer has… 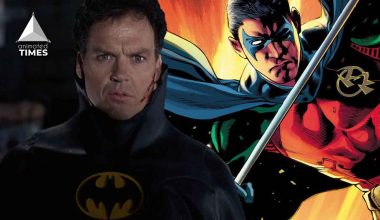 Read More
The DCEU has notoriously gained itself a reputation for giving some iconic hits. Some of the movies that… 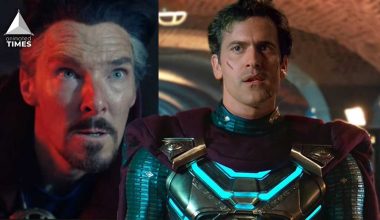