It has been around 4 years of heavy campaigning which has ended recently with the release of Zack Snyder’s Justice League, the director’s most famous cut of the DC Comics Superhero saga. But this “Snyder Cut” was not supposed to be the end of the story.

Before the movie was released in a compact two hour format that was done without Zack Snyder’s input by Joss Whedon, Snyder had envisioned Justice League to be the middle part of the series the first two being Man Of Steel and Batman v Superman and then concluded with two more Justice League movies. Of course, the the final two movies were never made. Most probably, they never will. 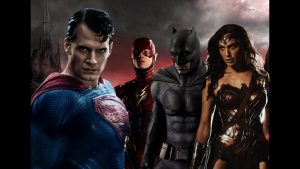 Still, you get a glimpse of them in the new material that Snyder shot last year specifically for his Snyder Cut — specifically the sequence set in the “Knightmare” future where Darkseid has conquered the world, Superman is his lackey, and Batman leads a handful of stragglers to try to stop them. In Zack Snyder’s cut the future is presented as a nightmare in the minds of Viktor Stone and Bruce Wayne. If it is the actual future for these characters, the film never quite explains how it comes to pass.

The director revealed his plans to Vanity Fair. The gist of his plans is that there was to be a massive feud between Batman and Superman as Batman has fallen in love with Lois Lane at the time when Superman was killed in between the time of Batman v Superman and Justice League.

In Justice League 2 Darksield was supposed to have killed Lois Lane who was to be pregnant at that time, which causes Superman to loose his mind. Because of this he destroys the Justice League and helps Darkseild destroy the Earth. 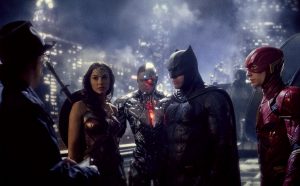 Undoing all that damage would have then been the subject of Justice League 3, with Batman and his ragtag League sending Flash back in time to try to warn the heroes about Lois’ death. Inspite of the deep love that Batman has for Lois Lane he fails to protect her the first time. However, he finally saves her the second time.and that allows for a very different outcome, with all of the heroes of Earth teaming up to stop him in one final battle. There is a slight twist however, Lois’ kid who would have been Superman’s but actually revealed to be Batman’s. The kid later inherits all the Batcave and all of Batman’s tech to become the next Batman.