The star wars comic saw a relaunch in January after officially becoming a part of Marvel banner. The comic is by celebrated artist Charles Soule.
The comic is set after the end of Empire Strikes Back and shows us the events that followed after Darth Vader revealed that he was Anakin. 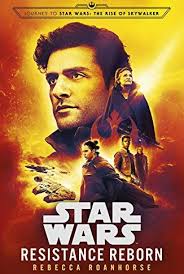 What happens in Star Wars #1?

The storyline in The rise of Skywalker starts after the Return of the Jedi. However, there is a gap in Luke’s account from when he lost his hand to Darth Vader along with his lightsaber to his emergence as a Jedi Knight. This is the story handed over to Charles Soule and Jesus Saiz. 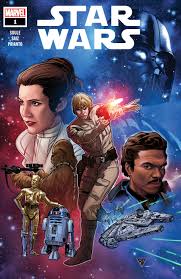 So whats the Dameron Connection?

Poe Dameron played in the live-action Star Wars films by Oscar Isaac plays Poe Dameron in the lie action Star Wars movies. He is one of the central characters of the new Star Wars sequel trilogy. He has fought side by side with General Organa as a part of the Resistance.
But it seems that the pilot has old ties to the rebellion since the time revolt took place on the Empire. A fact that was never revealed in the films, but it would appear that Poe’s parents were the original Dameron’s to fight by Leia’s side, long before he took their place. His parents went toe-to-toe with Leia against Darth Vader.
So the new Star Wars #1 picks up after Leia and Lando Calrissian pick up Skywalker in the Millennium Falcon, while on the other hand, Han Solo is still frozen in carbonite, and he also has Jabba the Hutt. 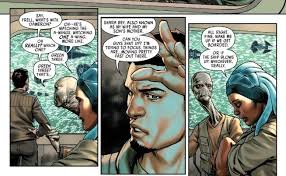 Early on in the book, we see rebellion fighters facing off against Imperial soldiers, and at this moment, a familiar name is uttered.
A soldier in a ground ship watching the action nearby comments, asking, “What’s with Dameron?”. and here we realize the fact that the man observing the battle intently is Poe’s father. It is later unearthed that his mother is a fighter pilot of an A-Wing. So even though Poe Dameron is a child at this time, his parents are deeply immersed in the rebellion. This explains his close relationship with Leia as well.

What did you think about the new comic book? Let us know in the comments below!