Marvel offered a role to several actors in superheroes movies. But they turned it down have said that they have regretted their decision. And another actress joins this list! Rachael Leigh Cook has now joined the list of stars who regret their decision of turning down the X-Men role offered to her.

In a recent interview with The New York Times, the actress said that she was offered the role of Rogue in 2000’s X-Men. This movie was the beginning of big-screen superhero movies that paved way for other Marvel superhero movies. 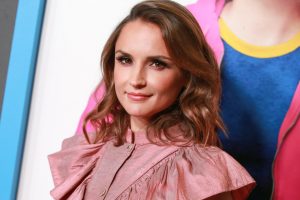 Rachael Leigh Cook turned down the role because she didn’t want to work with a green screen. She says it was a big mistake. When talking to Times, the actress said that as soon as she saw the poster for the movie, she knew that she had made a huge mistake.

Talking about her career at the time, she said that she believed what everybody said about her getting more recognition. She accepted that she did things for the wrong reasons.

During the summer, Anna Paquin shared her experience when she worked as Rogue in the movie. She said that and Hugh Jackman became best of friends. Both actors became fast friends that she even picked cigar out of his teeth because his fists had claws.

On SiriusXM’s The Jess Cagle Show, Paquin said that she was the closest to him as most of her scenes in the movie were with him.