In his entire history, the Flash has gone through multiple costume changes. Some are good. Some are acceptable.

And there are some that just give the Epic Flashpoint movie Flash suit a run for its money. 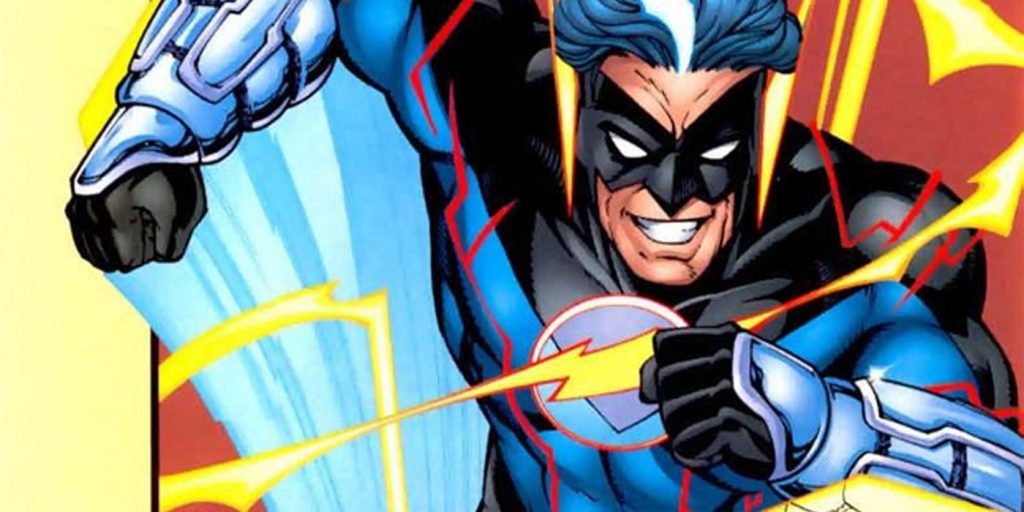 The Flash of the 27th Century, John Fox’s suit has more emphasis on blue and black instead of the classic red and gold.

Most of the red is seen on the seams with the emblem on his chest made out of the three classic Flash colors.

The suit has an opened top. The suit’s blue-black color combination and the yellow lightning bolt at the center make the entire costume stand apart.

It is the most radical and ambitious take on the Flash Costume. 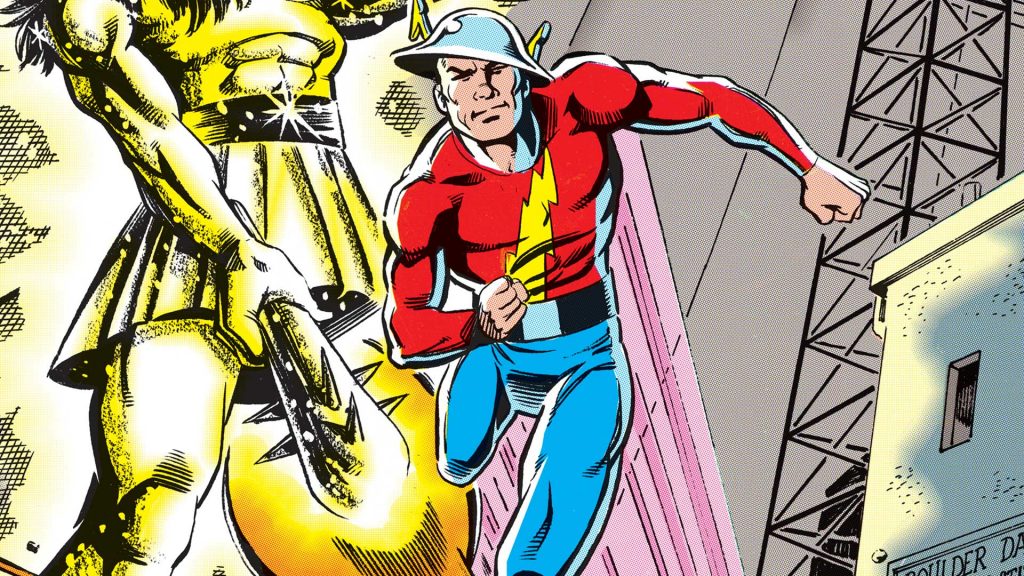 Alright, we will be frank here.

The Jay Garrick suit is iconic and a piece of DC History.

But it is also very simple and totally not suited for a speedster that can run at speeds multiples times faster than the speed of sound.

His head remained covered with a metal saucer for a helmet with wings covering his lobes. It was a simple and generic design.

Although many DC fans would hate us for this, when we look at the suit, it totally kills the mood.

It only made it to the list because of its historic significance.

Also Read: 10 Abilities You May Not Know the Flash Had 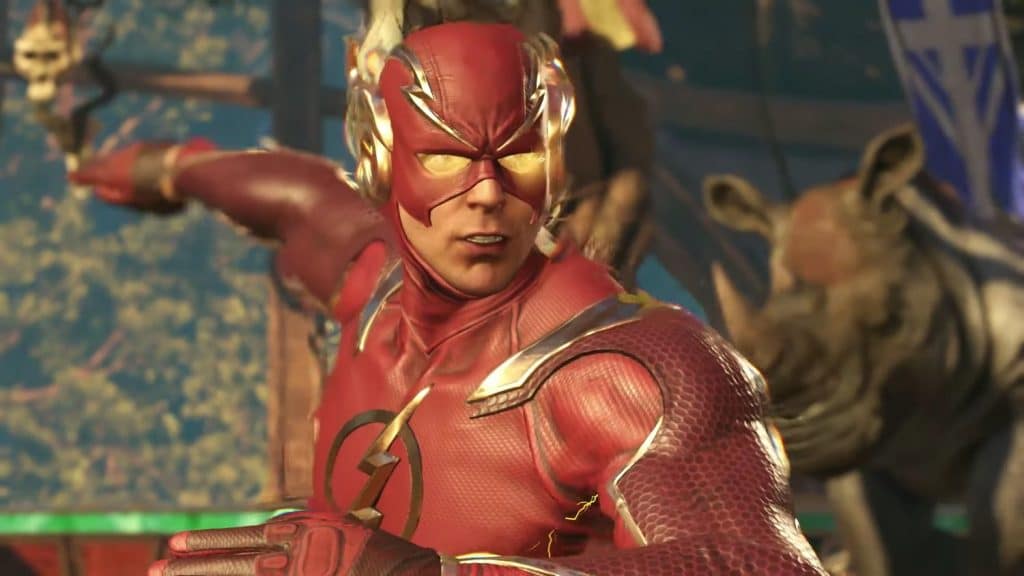 After massive backlash for the Flash costume in the first Injustice game, Nether Realm Studios redesigned the Flash suit.

The new suit had a much leaner appearance. There were no redundant and vestigial additions to the Flash suit.

It looked more like the Flash suit from Season 1 of The CW’s The Flash.

Injustice 2 Flash also had a different lighting logo on his chest.

The white background was taken out and the lightning was enlarged and made bolder.

Simplicity is the ultimate sophistication and the Flash in Injustice 2 proved it beyond the shadow of a doubt. 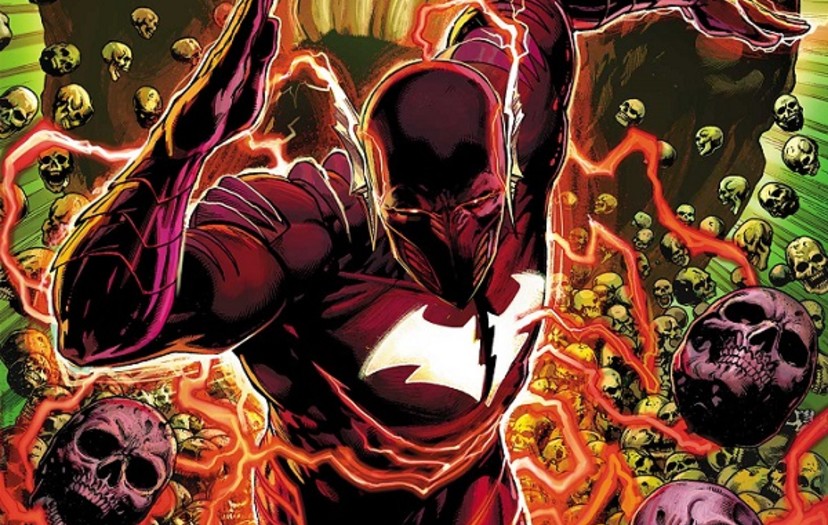 In Earth -52 of the Dark Multiverse, Batman captures the Flash and absorbs his powers to become a speedster known as the Red Death.

The Red Death then starts a regime of tyranny and oppression. Every criminal, big or small, is dealt with overwhelming force. Red Death goes for a dark red costume with a full face mask.

The mask makes it look like Red Death has a permanent scowl pasted to his face.

The suit also gives us off a dark reddish aura that only ends up increasing the intensity of the character.

The symbol of this alternate reality Flash has a bat symbol being cut in half with a lightning bolt, pretty much summarizing the Red Death’s origin story. 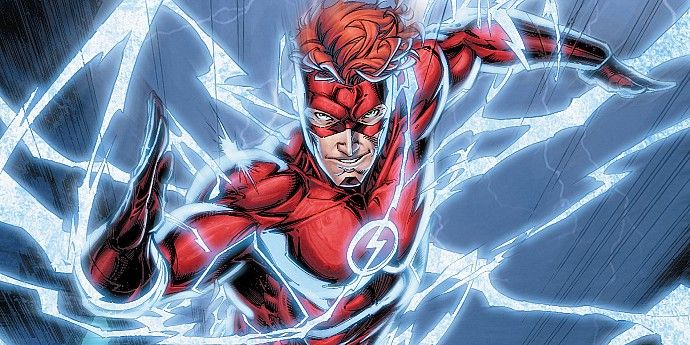 After the events of the Darkseid War, Barry Allen helps Wally West escape the Speed Force.

With Barry’s blessing, Wally continues being the Scarlet Speedster.

To do so, Wally makes a new Flash suit out of Speed Force energy. This new suit has only two colors, dark red and silver.

When Wally runs, the Speed Force generates white lightning from the silvered portions of his suit.

The suit, which has an open-top, leaves a blinding trail of white light in its wake.

It is a suit that will probably go down in history as one of the greatest Flash suits ever made.

Related: 10 New Things You Need to Know About the Flash Movie Barry Allen returns to the land of the living and after the events of New 52, his entire saga undergoes a massive renovation.

Barry decides to don a new suit because he is now no longer the man he used to be. Jim Lee designed the new Flash suit that took leaves from the older suits while keeping things new and fresh.

The suit also has thin yellow lines throughout the body which glow and sparkle when the Flash picks up speed. 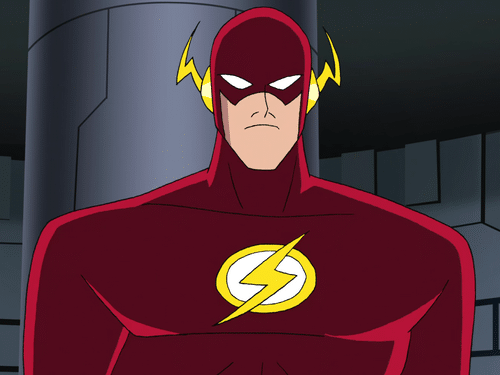 Most of the Justice League superheroes of the DCAU have a simple and minimalist design.

Wally West, who is the DCAU’s Flash, is no different.

With a simple and sleek costume sporting a dark red color along with golden undertones, the DCAU Flash suit is a piece of nostalgia in a nutshell.

The suit also was the inspiration behind Jim Lee’s classic New 52 Flash suit. 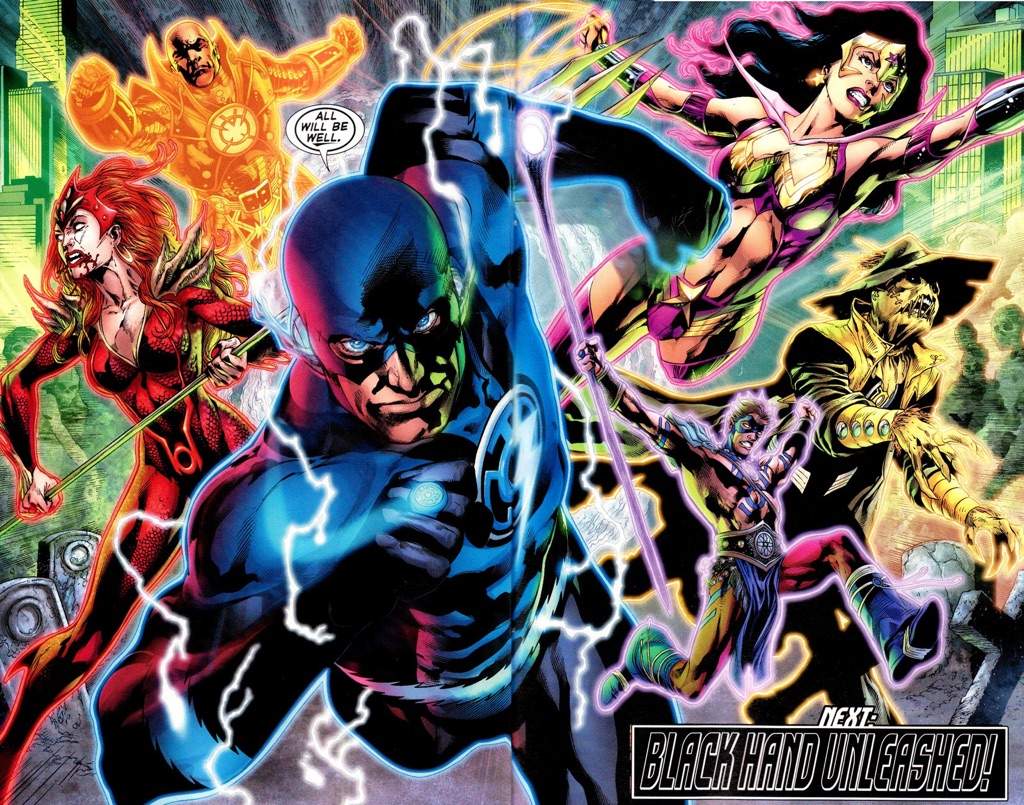 The Blackest Night Mega Event saw the Flash assume the role of a Blue Lantern, avatars of the Blue Light of Hope, in the DC Universe.

The Flash donned a blue suit and a blue lantern power ring to go with the costume. This completely changed his traditional red and yellow costume.

When he becomes a Blue Lantern, Barry gains a lighting crest on his chest. Barry Allen’s Blue Lantern Suit really makes him stand out.

He would have made for an excellent Blue Lantern if not for the end of the event but his duties with respect to Central City made him go back to his Scarlet Speedster wardrobe.

You May Also Like: 7 Ways the Snyder Cut Could Start a New DCEU 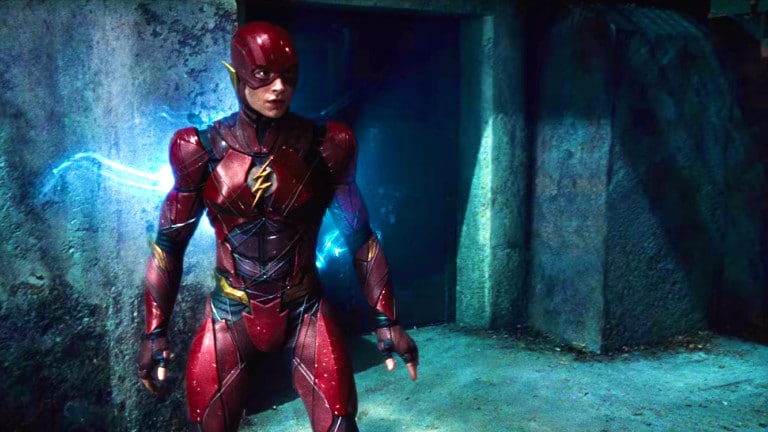 The Justice League movie was the first time we saw Barry Allen in action within the Worlds of DC.

It was a scenic and sublime moment. The suit that Barry Allen wore in the movie will again be featured in the Snyder Cut of Justice League.

The suit was detailed and looked expensive. The reason it looked awkward and odd was that in the movie, it was made by Barry Allen.

Without access to superior materials, Barry made this suit with whatever material he could find. The result was a patchwork costume that did the job well and had a strange sense of beauty to it.

The suit looked exceptionally well when Barry was going for a run. 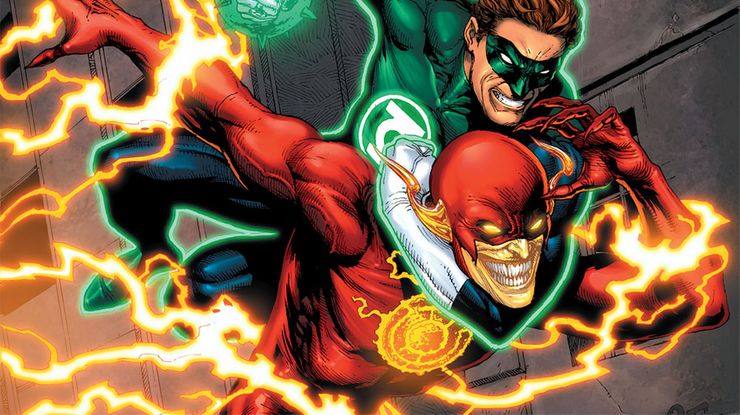 The Parallax Entity is the embodiment of fear within the DC Universe.

Over the years, it has taken control over a handful of DC Heroes, including the most infamous case of Hal Jordan.

Another hero who has fallen prey to Parallax is Barry Allen.

After the entity possesses the Flash, the entire crest around his chest warps to show rings of yellow fire. The Speed Force goes haywire, having been corrupted by Parallax’s dark energy.

The Parallax Flash is one of the scariest versions of the Flash. And that is what makes it the most unique Flash costume of all time.