The Flash has been featured in a variety of media during the course of his 70-year career. The Flash has appeared in a number of animated films, including Super Friends and Justice League, as well as his own live-action television series, a few cameo appearances on Smallville, and into our hearts with his astounding powers, humorous antics, and unrecognizable outfit that distinguishes him. We’ve seen the suit reinterpreted like never before thanks to his current run on the CW program and his upcoming film. However, there were several outfits that came before The Flash to bring him to life. Some fans may be questioning why the outfit needs to be changed at all, but as we’ve seen in the comics, a character’s attire may be altered for a variety of reasons. The most typical reason for a costume change in the Flash’s case is that someone new has taken over the job of the Flash or the chronology has shifted. Thus, today, we at Animated Times are going to look at some of the worst flash costumes that have been there from both live-action and comic books. 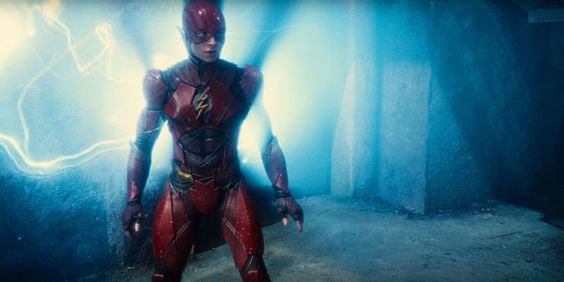 With a hefty movie budget and Ezra Miller’s acting talents, it’s only natural that he’d crack the top three as one of the best live-action costumes of all time. This suit deviates from the spandex or leather utilized in previous costumes by combining CGI with a form of fake metal to produce a realistic and well-made garment. As the fastest man alive, you must be as comfortable as possible while still wearing a costume that is appropriate for your talents. 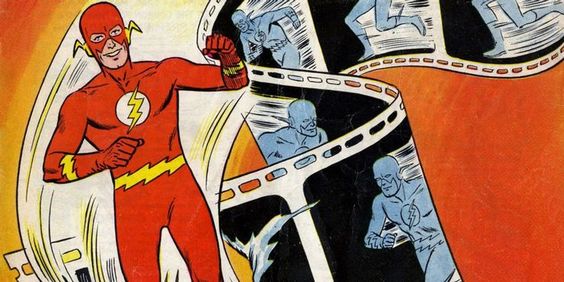 We may like Wally’s rendition of Barry’s iconic Flash suit so much because it corrects a few minor flaws in the original Silver Age Flash costume, which was designed by Carmine Infantino for Showcase #4. Don’t get us wrong: this is a classic outfit that has inspired generations of the Flash family, but it has a few flaws. The straight lightning belt around the waist was always a pain and ruined the look of the outfit, especially when depicted sprinting. We’ve always preferred Wally’s white eyepieces over Barry’s bare eyes, despite the fact that this appearance has become standard for all Flash characters.

10. Legend Of The Superheroes (Rod Haase): 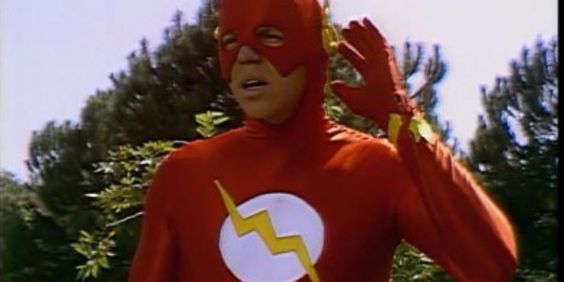 The first entry on this list is Barry Allen/The Flash’s debut live-action appearance in the 1979 television special Legend of the Superheroes. The Flash was merely a minor character in the film, sharing screen time with many of DC’s most coveted heroes, including Batman, Hawkman, and Shazam. The Flash was overshadowed by Adam West and Burt Ward repeating their roles as Batman and Robin, respectively, but we can’t overlook Rod Haase’s performance as the scarlet speedster. Despite the fact that it seems a little silly, we have to applaud Haase for pulling it off. 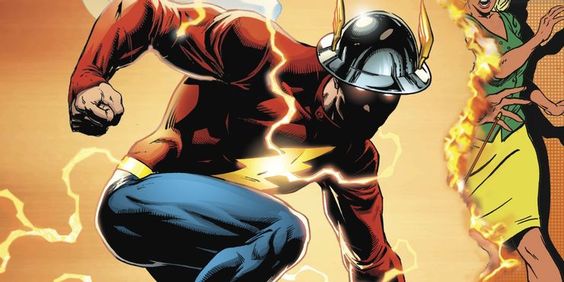 While we admire Jay Garrick’s persona and the legacy he established as the original Flash, we’ve never been fans of his suit, even in the more contemporary iterations we’ve seen. When kept simple, the blue pant and shirt mix works well, but the early iterations of Jay sport a weird lightning bolt down the pant leg, with an uncomfortable lightning bolt linked to the cuffed boots. While the original Flash’s helmet is easily identifiable because of its relationship with Jay and the Greek God Hermes, it remains unsuited for a speedster. Many authors have attempted to explain Jay’s helmet through various gimmicks, and it has even been proven to be a functional weapon, but we still can’t get behind this outfit. 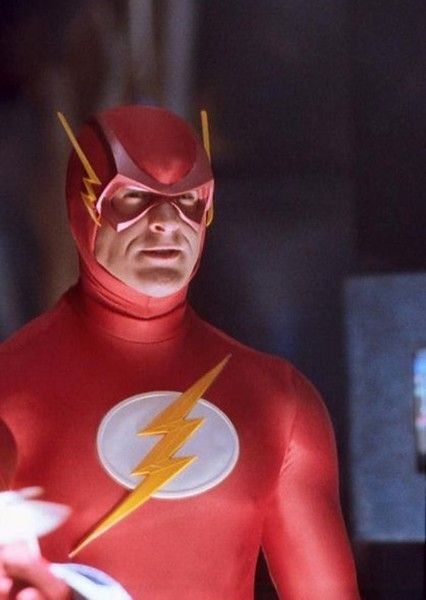 This version of The Flash appears nearly 20 years later in the shelved CBS film Justice League of America. Unlike Rod Haas, this film’s production crew had a lot more time to refine the Flash outfit and make it appear less absurd. Unfortunately, they did not succeed, since the suit is uncomfortable, and the hood appears foamy and unnatural. Kenny Johnston plays Barry Allen, and he couldn’t be more unlike to the character, playing a snobbish and jobless version of The Flash. It’s no surprise he didn’t feature in the crossover. 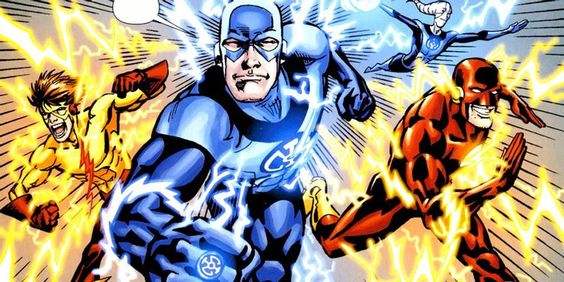 As shown in the Blackest Night storyline, Barry has crossed over with more than one character in the comics, including Batman. During a conflict with the Black Lanterns that engaged all of the powerful emotional spectrums and their champions, such as the Green Lanterns, new ring-wielders were selected from Earth’s metahuman society. Barry, who had recently returned, was chosen as a Blue Lantern to wield the power of Hope. We’re not saying Barry doesn’t represent the Blue Lantern Corps well, but that costume doesn’t help him. Especially with the Blue Lantern insignia and the hovering lightning bolt merged, as well as the reintroduction of the straight lightning bolt belt over his stomach. 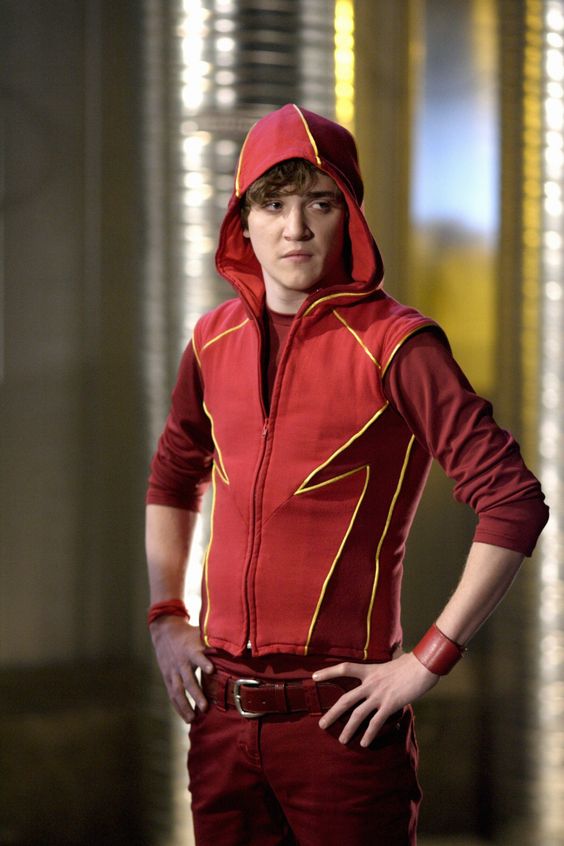 Kyle Gallner appears in Smallville as the Flash, or Impulse, as he is known on the show. When he first appears, he is a troublesome teenager who uses his abilities to steal and go unnoticed. This resulted in an encounter with a young Clark Kent, who quickly discovered he didn’t have a chance against the skilled speedster. Although he wasn’t intended to be the scarlet speedster we all know and love, he enters the list since he did a costume and performed some heroic acts on his way to assisting Clark in his fight against crime. The suit was unimpressive, consisting of little more than a red hoodie with yellow outlines, which isn’t much of a costume, or at least not one that is recognizable as the Flash. 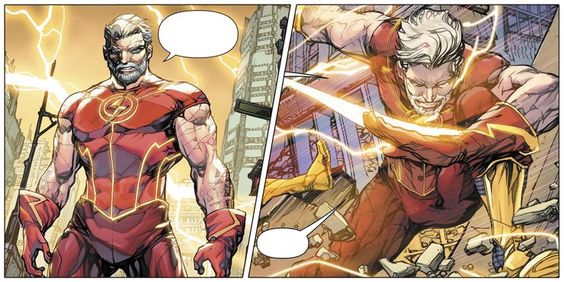 The most recent future version of Barry Allen we’ve seen in the comics was recently during Joshua Williamson and Howard Porter’s “Year One” storyline, in which Barry unintentionally travelled for the first time. Fortunately, he arrived at a period when his future self was available to offer him some tips and return him to his own timeline. To be honest, we like portions of this outfit since it portrays Barry at his most confident and in command of the Speed Force. The sleeveless style, on the other hand, is exceedingly unsuitable for a speedster, as seen by his scarred and exposed arms. Old Barry should have known better. 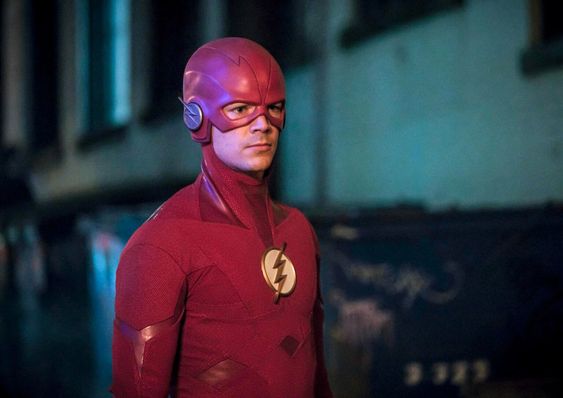 The first of the dubious outfit ideas on The CW Flash appears in Season 5. This was perhaps the poorest of the five costumes, with numerous dubious designs that enraged fans, especially the choice to remove the chin strap from the cowl. Grant Gustin is now the longest-serving Flash and possibly the greatest actor to play him, but this suit does not do him justice. 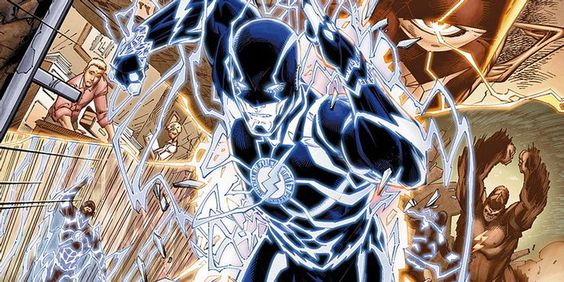 Even if we liked the blue lightning effect Wally used in his new Rebirth-era suit, it isn’t for everyone. When a 20-year-ago version of Barry Allen first surfaced in the New 52, he was rushing back through time, murdering members of his Rogue’s Gallery at moments in the chronology where he had failed against them. Barry’s futuristic outfit is just an example of too much going on everywhere. While the suit looks to be extremely advanced owing to the new chest piece, much of the outfit is difficult to identify as it appears to be overwhelmed by the lightning. In the future, the subtlety of Barry’s present-day New 52 lightning effects is amplified and overdone, and the Flash is lost in the process. 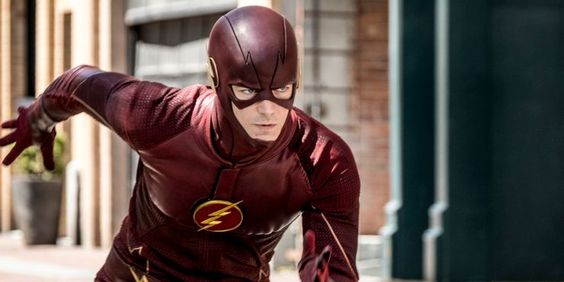 Gustin, being the list’s longest-serving Flash, will be on here more than a handful of times. The following costume appeared during the show’s pilot season in 2013. Although it wasn’t precisely like the suit from the show, it showed a lot of potential, and when combined with Gustin’s near-perfect portrayal of Barry Allen, it’s easy to say this was one of the fans’ favorite outfits to date. 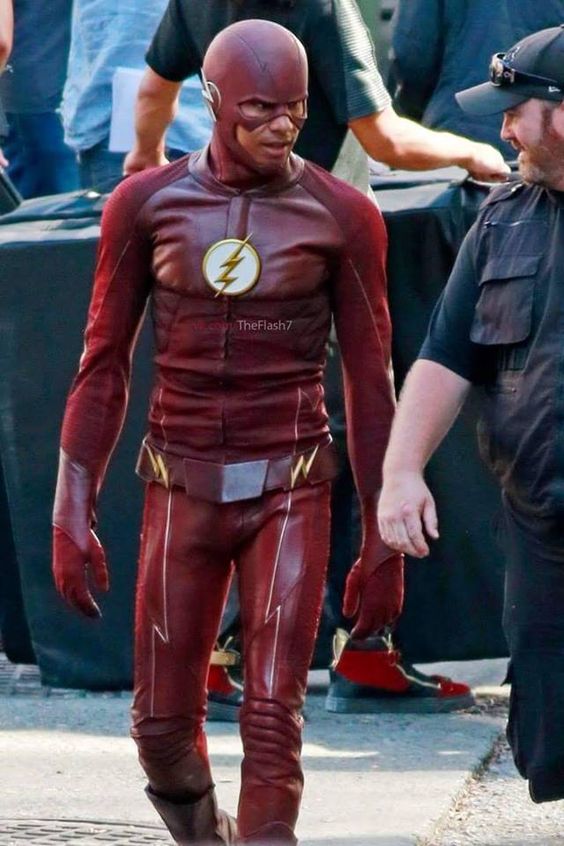 Barry is still in the Speed Force in Season 4, Episode One, and all we have is Wally West. It’s just him. It’s just Kid Flash. Since Barry isn’t there (yet), perhaps it’s time to give Wally a raise. It seems like a sensible step for a good speedster who was always moaning about being Kid Flash. But it appears that this capable speedster will not let Central City down. However, the costume did not look good on Wally, and that was the first and only time we saw him wearing the Flash’s suit.

So there you have it, some of the worst Flash costumes ever seen in the comics or on the big screen. To be honest, these are just our humble opinions about the Flash’s costumes during the course of time. Some of the Flash fans might love all these costumes and will definitely boo us, but some of the fans will genuinely like this list. And we understand that there are both kinds of audience, and we aren’t criticizing the fastest man alive at all. This article is just for the purpose of entertainment, and we want all the Flash fans to take this article with a grain of salt. Until then, we’ll see you lads in the next article, and don’t forget to keep on reading Animated Times, your one-stop destination for learning more about the entertainment industry, new movies and TV series, celebrity gossip, and so much more. We’ve got your back on all fronts. Continue reading Animated Times for more.