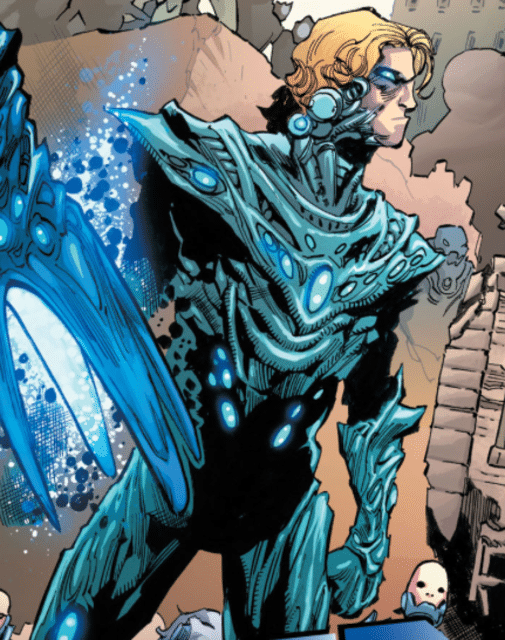 Bobby is a war veteran who lost one of his eyes and limbs in a terrorist attack. He has a terrible resentment for people like Cyborg who have easy access to expensive prosthetic equipment. Searching his way through the Black Market Bobby volunteers for an experiment which turns him into a Techno-Sapien! Now on an equal footing as Cyborg, Bobby fights him till the threat of the Techno-Sapeins come to pass. He later offers his services to the United States Government and becomes their elite bounty hunter tasked with collecting and cataloging all unregistered alien technology like Cyborg. 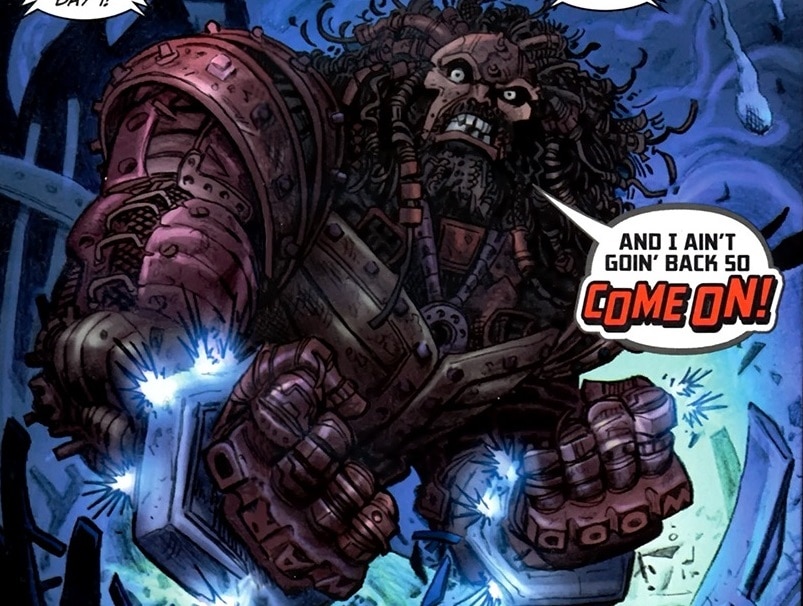 Technically a villain from the Flash’s Rogues Gallery, Girder has since transitioned into becoming a long time Cyborg Villain. Girder is a super resilient and super strong member of the Cyborg Revenge Squad. Tony Woodward was a steel worker working in a metal processing planet where he was caught assaulting a female employee. His colleagues threw him into a vat of molten steel as an act of revenge. Coincidentally the vat of steel was an experimental batch that had come straight from the laboratories of STAR Labs. Tony was resurrected as a being made out of pure molten steel. His unique physiology grants him super human durability, strength, endurance, and stamina. 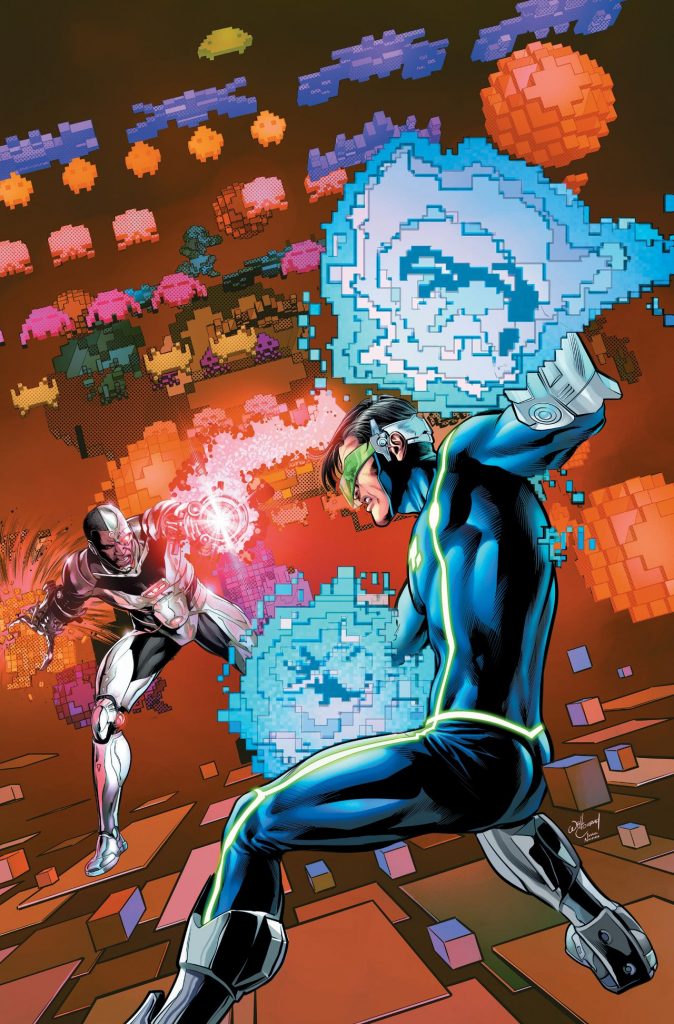 Keiji Otari is a friend of Victor Stone’s. He was a brilliant hacker who got his hands on STAR Labs’ digital database’s passwords. For cyber-crime, he was sent to prison where he used his talent to develop a way to access an 8-Bit Universe via an 8-Bit Game Boy. The Game Boy device was supposed to be his escape out of jail, where he was tormented by his fellow in-mates. But on the day he was supposed to escape, his cell-mates attacked and killed him. An 8 Bit Coded version of him survived in the 8 Bit Universe and managed to materialize itself into the real world. H8-Bit has electricity based powers and can control technology. He can also pix-elate things, which gives him the ability to turn his enemies practically blind. 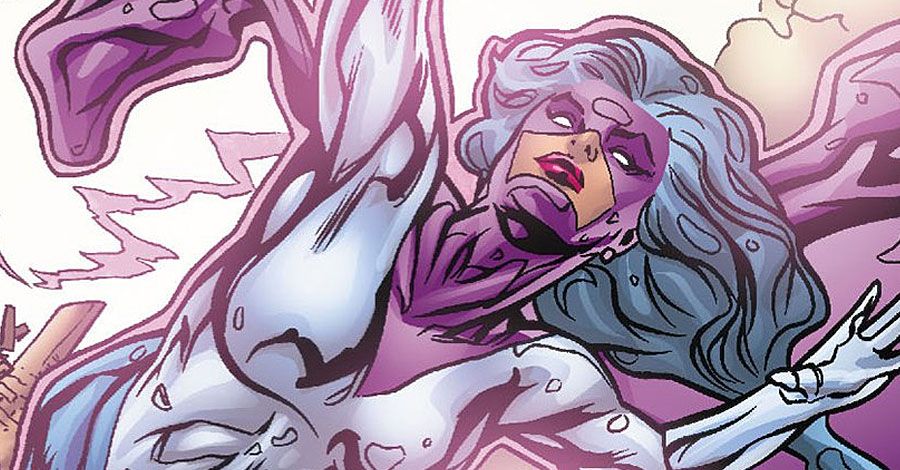 Frances Kane was a childhood friend of Wally West. When Kane hit puberty, she started exhibiting strange powers related to magnetism. As the new super villain Magenta, Frances took to a life of crime and evil, fighting Wally West’s version of the Flash multiple times. But in latter times, she became a member of the Cyborg Revenge Squad. Magenta suffers from a mental illness that gave her a dissociative personality disorder. This personality is the one that takes over when Frances is using her powers. Magenta can take control of entire buildings and even control the iron in people’s blood. She is a force to be reckoned with.

Related: The Flash To Not Feature Thomas Wayne’s Batman 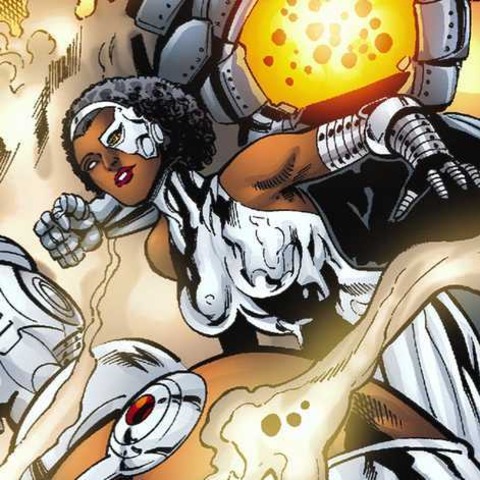 LeTonya Charles was a drug addict who had destroyed her body due to excessive substance abuse. The drug called Tar had almost destroyed half of her brain and several of her limbs. Her aunt Sarah Charles was one of the people who worked on repairing Cyborg’s body. Using her access to extensive Cyborg technology, Sarah replaced her niece’s body with powerful cybernetic implants. Unlike Victor Stone, LeTonya took to a life of crime and evil with her newfound abilities. The range of powers granted to her by her cyborg physiology includes techno-pathy, energy projection, superhuman physical attributes, and the ability to feel no pain. She also has a sensor array that is claimed to be more advanced than Cyborg’s. 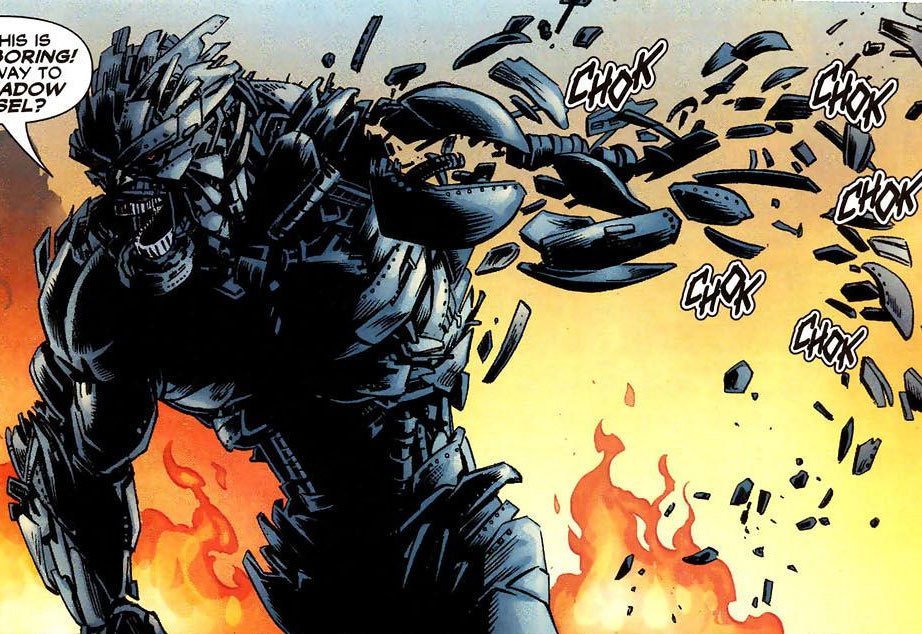 Mark Scheffer is an international assassin of global infamy. He first meets Cyborg while on a mission to kill a wealthy businessman connected to his past. Shrapnel’s entire body is made out of tiny metal like shrapnel he can control at will. Each scale in his body can work independently and in unison. Scheffer can use those shrapnel for an explosive effect. The scales can be launched at amazing speeds, and can take down any enemy via sheer kinetic velocity. Shrapnel also has the power to regenerate his body. No amount of physical damage can wound him. There have been times when he was disintegrated into scales but he still managed to regenerate from scratch. He is also said to be immortal in his shrapnel form. Scheffer also does not require any food or water to survive. 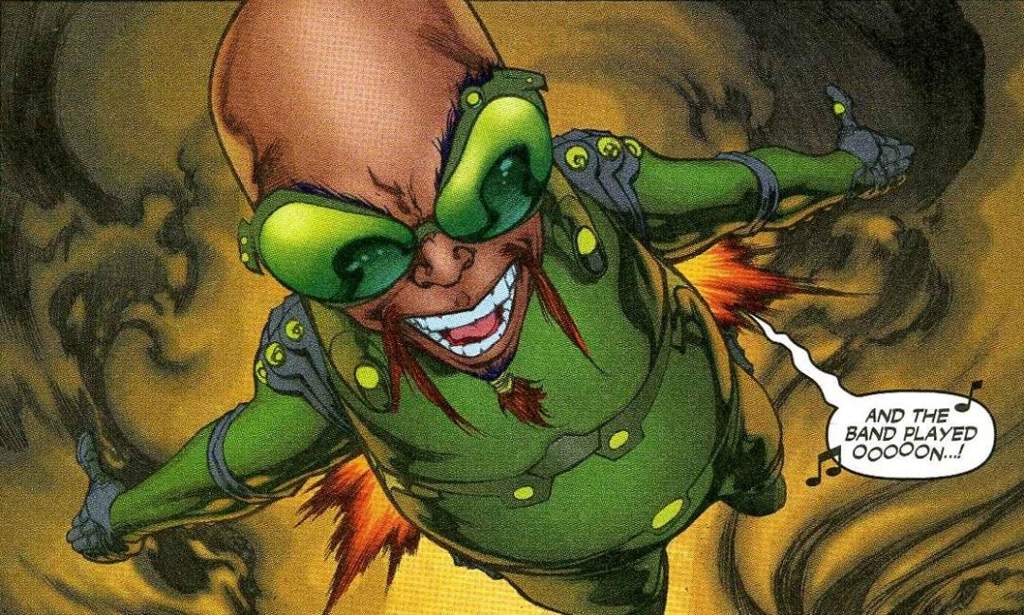 Gizmo is a brilliant inventor with genius level intellect. He is one of the founding members of the Fearsome Five. An old Cyborg villain, Gizmo is a highly resourceful chap who can create a new machine with almost anything he has access to. He specializes in creating body enhancement harnesses. He also has some serious marksmanship skills and is regularly employed as an assassin. Gizmo also uses his tech for surveillance. He is also an expert computer hacker and is one of the few villains who have managed to hack into Cyborg’s brain. 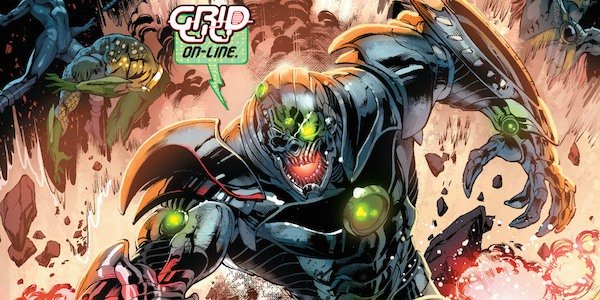 Grid is a malevolent sentient computer virus that lived within Cyborg’s body. While Victor was in charge of the human side of Cyborg, Grid controlled the machine part of Cyborg. All its life, the Grid program had wanted to feel human emotion and resented Victor Stone of being capable of doing that. During the Trinity War arc, Grid reveals to be the traitor hiding within the Justice League, separating itself from Cyborg’s body and becoming its own entity. Grid has all the powers of Cyborg but without the limitations of human emotion. It has access to all the knowledge mankind has ever acquired via access to the internet. Grid is a member of the Crime Syndicate, an evil version of the Justice League hailing from an alternate reality. 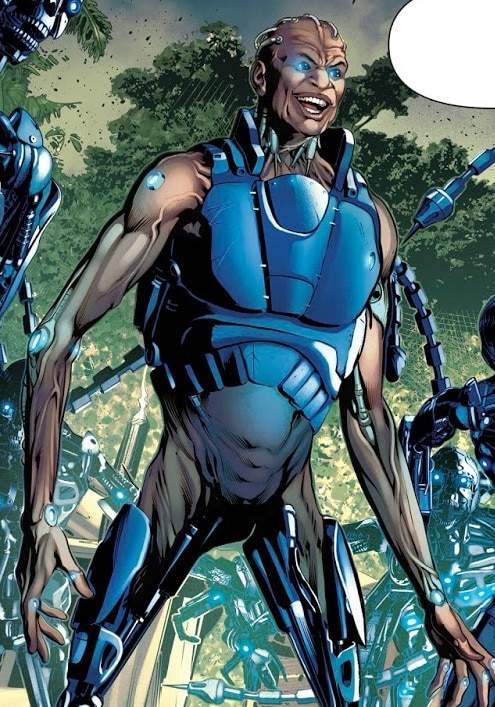 Anomaly has a very unique origin story. He was a product of unethical experimentation by Silas Stone, the genius level scientist and father of Cyborg. Silas created the O.T.A.C device – Omniscient Transformation Advanced Cell. The OTAC machine exploded after being doused with radiation, which gave Silas’ wife cancer. In order to find a cure, Silas used the OTAC to replicate organic tissue in an attempt to save his wife’s life. After her death, a distraught Silas sold all his clones created by the OTAC in the black market. The OTAC 13 version was used for inhuman experimentation. One day, it met a man named Aldous. In exchange for his freedom, OTAC 13 promised him the secrets to cybernetic technology. OTAC 13 massacred his captors, kidnapped Silas and then took his place. He later named himself Anomaly.