The Superman is a legendary superhero for any young kid out there. With his blue eyes, the alien immigrant from the planet Krypton who is raised in Kansas by a heartwarming couple and who is also the protector of the planet Earth is a favorite superhero for many. He is always portrayed as the righteousness of truth and justice, which is in fact his alter-ego day job as Daily Planet journalist Clark Kent.

Superman has not only endured in the iconic comic book strips for around 80 years by first appearing in Action Comics #1 in June 1938, he has also appeared on the screen in movies and TV shows starting in the ’40s. As of now there’s Henry Cavill donning the cape in DCEU. And there is a word that JJ Abrams is putting his producorial behind another movie version of Superman with writer Ta-Nehisi Coates. With that said, here’s a ranking of the most memorable screen takes on the Last Son of Krypton.

The fresh faced Newton appeared in the Superboy’s half-hour episodes which started airing in syndication in the autumn of 1988. This series was produced by Salkind, who is behind the first three films and Supergirls. Though Newton was quite hardly dependent  on making  the role his own.

He has appeared in the series The Adventures of The Superboy, which has one could say served as an origin story for Lois and Clark. Christopher’s comic book faithful portrayal was according to him “scary but awesome” responsibility. The surprising thing is that he has become a writer and producer of the series itself.

Alyn played the Man of Steel in the first ever live action Superman. He started as  chorus boy in Vaudeville and on Broadway, he’d gone on to work as a song and dance man in a number of screen musicals, this sense of grace has bought him a playdul movement and athleticism in his role as the Superman.

This guy who has starred in The Road to Perdition has grown up to be the star of Teen Wolf, before being handed the role of Superman. He also made guest appearances on Supergirl 2016. His success in the role was he is now staring in the new spin off series.

Gerard Christopher almost carried on from Superboy into Lois and Clark, but when the producers decided they wanted a complete break with the past, it was Cain that landed the role. As the title suggests, the ’90s series was as much – if not more – about the Kent/Lane relationship than super powered pummeling. 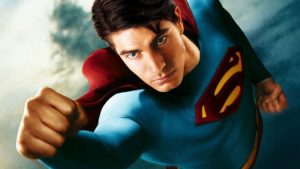 Bryan Singer’s reverent, nostalgic, wistful homage to Richard Donner’s Superman is also a distinctly wonky take on the material. It’s a divisive film, and Routh’s is a difficult Superman to place, since he’s essentially playing Christopher Reeve as much as he’s playing Clark Kent. 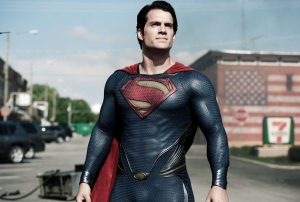 The idea of a dark Superman seemed anathema to the character’s entire history and ethos, but the fundamental point of Man of Steel was that he wasn’t Superman yet; Cavill deftly playing an alien coming to grips both with his powers and his place in a world that’s not his own. The Snyder Cut of Justice League should show more of what exactly the director had in store for his incarnation of Supes.