The National Superhero Day is here! However, this year, instead of showcasing the iconic characters, the big names in the comic book sector are using the occasion to celebrate real-life heroes. These heroes are fighting the pandemic and ensuring that we are safe. Yes, they are the frontline workers, doctors, and nurses!

The essential workers are putting their lives at risk in the fight against the pandemic. Hence, to honor their selfless service, companies, and the general public are paying their tributes on Twitter.

The National Superhero day was first observed in 1995. Marvel created this day for the fans to celebrate their favorite characters. However, this year, it’s a different story. Marvel is one of the few companies using the day to honor real-life workers.

Therefore, to mark this day, Marvel Tweeted an image involving workers in Superhero poses. The credit for this poster goes to Mike Hawthorne and Edgar Delgado. Adding to that, Stan Lee’s Twitter account reminded fans of the comic figure’s views on everyday people transformed into something more significant.

9gag and other companies pour in their wishes

Thank you for all frontline heroes! #NationalSuperheroDay

Apart from Marvel, other big names like 9gag and DC are pouring in their wishes on Twitter. A flipbook animation was given by Howard Lee on 9gag to showcase his respect for essential workers. Talking about DC, they thanked the heroes through separate videos on their Twitter account. The first Tweet was sending a big thanks from the heroes, and the second Tweet was from Brian Michael Bendis, offering personal wishes to the caregivers.

ESPN comes into the frame 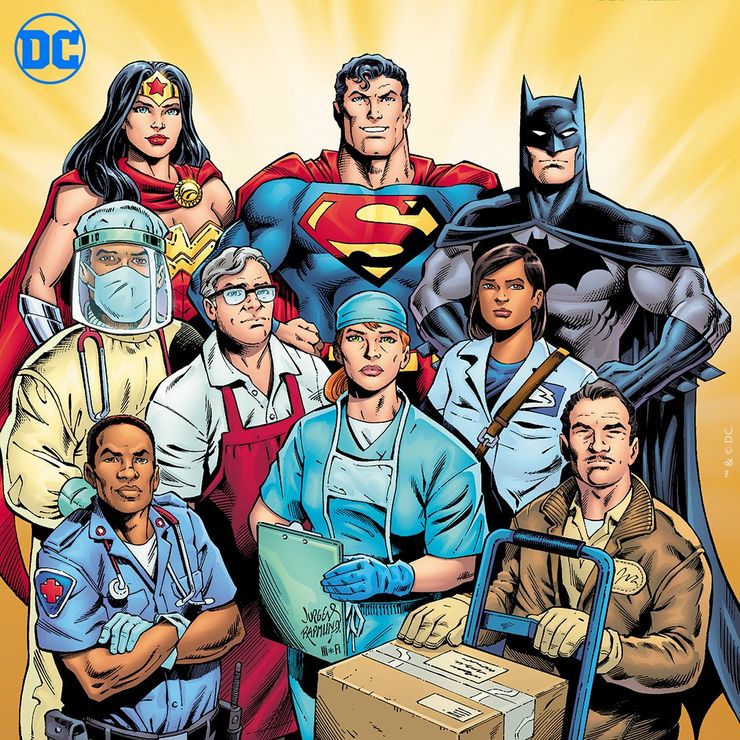 Sports Channel ESPN published a touching video tribute to essential workers that left many viewers in tears. Comic giant Marvel has also released a moving picture by Joe Quesada and Richard Isanove. This picture features a healthcare worker in a Captain America mask. DC comic has also shared an image of the Justice League with essential employees. We hope that this pandemic ends up soon, and life returns to normalcy.

Have a look at the trailer of Justice League for some nostalgia: