Guardians of the Galaxy was the biggest risk MCU ever took. But it paid off, and God it paid off so well. One of the most memorable of all Guardians is Drax The Destroyer. Played by none other than the famous wrestler, Dave Bautista, the popularity of the character is now on its peak. The invisible joke and the “Why is Gamora?” thing is just make him more and more good. But how did it all happened? How did Drax came into the entire picture? What is his origin story?
Maybe this article shed some light on the complete origin of Drax the Destroyer. 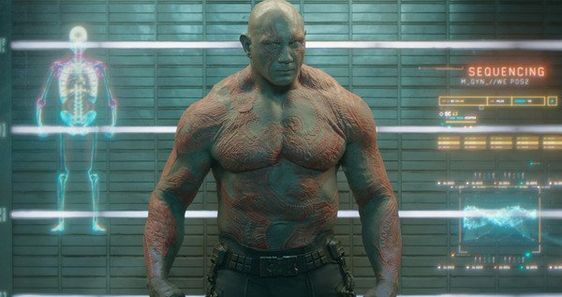 If you consider the entire MCU, Drax is still a minor character. With names like Iron Man, Captain America, Thor and Hulk, the potential of Drax is lost. The same was the story in the comics too.
Drax made his first appearance as a minor character, who just wants to take revenge from Thanos. He was equipped with multiple powers, but his inconsistency in the comic arc never made him showcase them all.
Fun fact. Jim Starlin wanted Drax to be just a small supporting character who would die a quick death.

But he couldn’t. Every time Drax was able to create a little bit of impact on the audience and he stuck around. And now Bautista has made him one of the key members of the MCU. Good job Dave!

In the GOTG Vol 1, we learn that Drax has got the grudge against Thanos because Thanos murdered his family. This was revealed when, along with the other Guardians, Drax was imprisoned in a super max prison facility.

However, the comics have got a slightly more complex story. 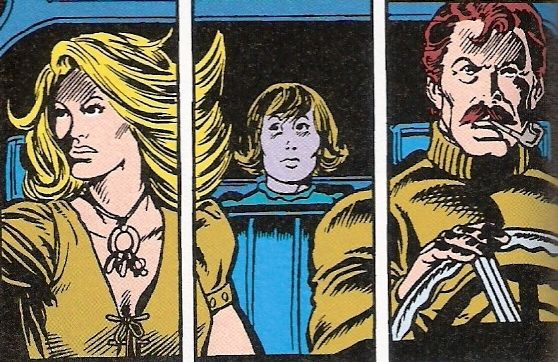 Drax was born human and went by the name of Arthur Doughlas. When Thanos infiltrated Earth, Arthur’s family witnessed it. Thanos killed them all, and took Arthur’s corps to Titan. He was examined by Thanos’s father, A’lars and Thanos’ grandfather, Kronos. 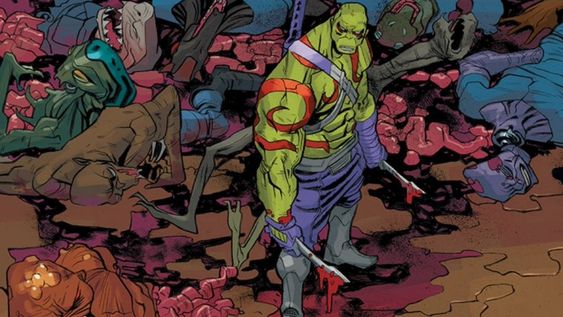 The experiment went wrong and Doughlas was transformed into Drax. He was primed to take his revenge with Thanos in any way possible. Thanks to all the manipulation done by the great fathers of Thanos, Drax was so powerful that in one of the comic issues, he literally ripped out the Mad Titan’s heart. 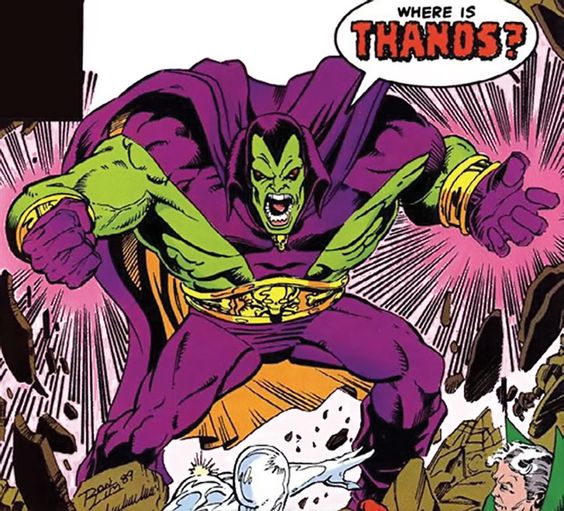 The genetic manipulation done on Drax has endowed him with powers of Flight, Green Aura, Psychic Powers and many more. We will discuss about them in our other articles.