Did Loki survive in Avengers: Infinity War? Loki, the God of Mischief, is well known for his spectacular tricks and has had several deaths over the Marvel sequels.

Subsequently, when Thanos snapped Loki’s neck, it left the fans in a shock. It was also a painful moment for fans witnessing the demise of their beloved character. But viewers questioned whether or not he was truly dead this time. Viewers suggest that Thanos did not kill Loki. However, it was a suicide on Loki’s part with the intent that Thor would survive.

HERE’S SOMETHING YOU NEED TO KNOW:-

Over on Reddit, one theorist has spotted a detail that may be significant. He suggests that Loki had seen Thanos take on both Thor and

Hulk, making it difficult for Loki to believe that he could make it to stab Thanos. Loki was smart enough to realize that if he could kill Thanos, his allies would wipe him out.

REASON BEHIND AN ATTEMPT TO KILL GIANT THANOS

As Loki has worked with Thanos before, he knew about Thanos’s rule about killing half the population. On the other hand, his attempt to kill Thanos was a smart tactic. He did so to get Thanos to kill him. Following this, if Thanos killed Loki, then Thanos had to leave the only other royal Asgardian alive.

It is a pretty interesting theory! The idea that Loki would cost his life to save Thor made fans love him even more. It has also made Thor’s journey more emotional. 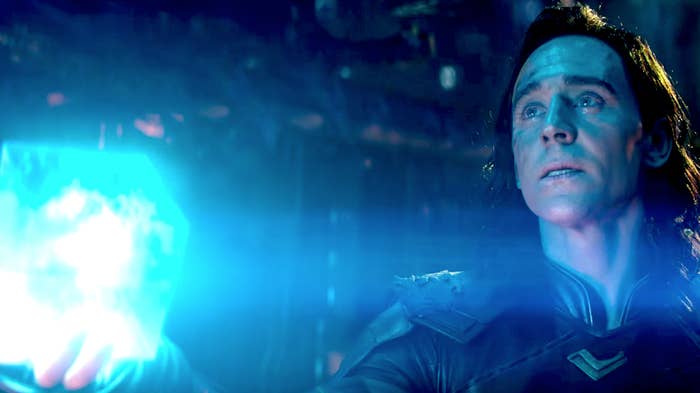 But not everybody agrees with this Theory. He must have known that it would be impossible to stab Thanos. That whole scene feels so staged and so carefully chosen. Loki knew what he was doing; he even looked across at Thor to make sure his brother was registering every word. Loki wanted Thanos to kill him because he already had a plan in place.

Above all, whatever the motive behind Trickster’s rude move, the result is the same. Thanos drew one’s last breath giving Thor a real incentive to chase after Thanos.