The Caped Crusader has had a long successful run in the DC Universe. Batman: Knightfall and Batman: The Killing Joke – are considered to be the two greatest Batman story arcs to have been ever created. Which one’s the better of the two? We will let you decide. Will it be The Killing Joke or Knightfall? 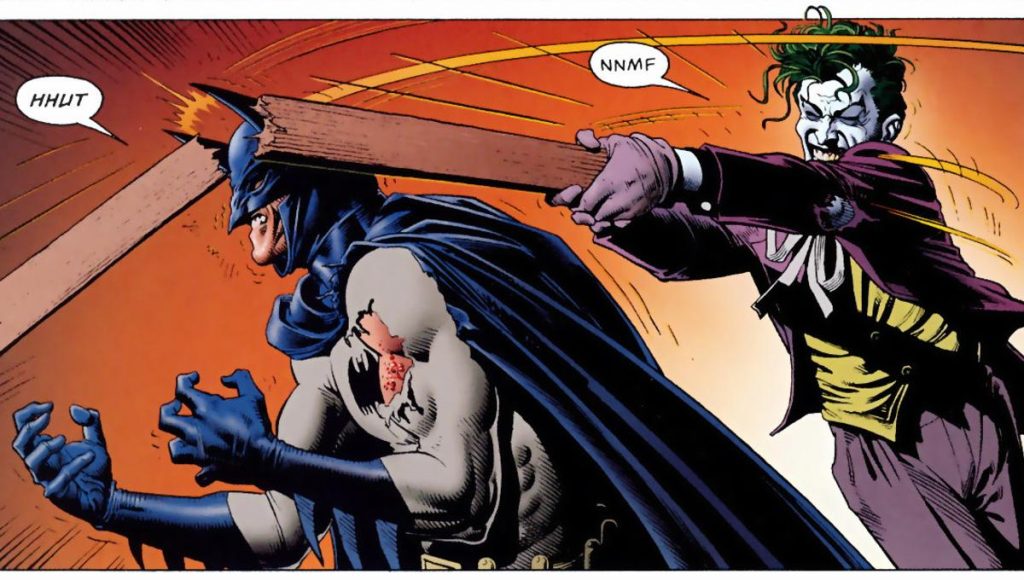 Batman and the Joker have played their cat and mouse game since time immemorial. But they cannot do it forever. Ever wonder what happens in the end? Does the Mouse die or the Cat breathes its last? The answer to that question is given in a cryptic fashion. The Killing Joke reveals that both Batman and the Joker know that in the end one of them is going to kill the other. This statement is not given by the Joker. It is the Batman who says this. The notion of Batman, the man who has vowed to never kill, agreeing that one day he might have to murder the Joker, sent chills down our spine. 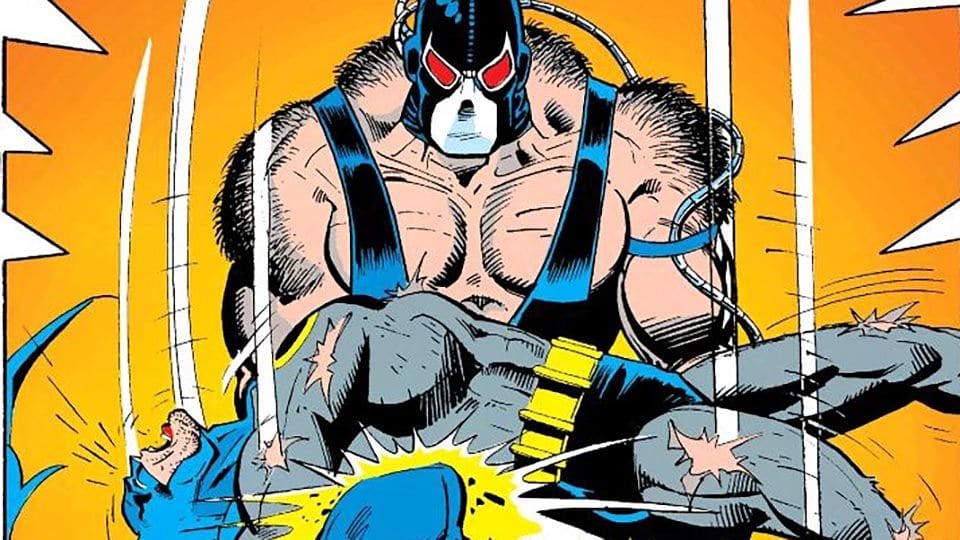 Every superhero has his or her alter ego. Over the years, most of DC’s prominent superheroes have given a share of their mantle to others, letting people pther than them-selves use the same alias. But when it comes to Batman, the first thing that always springs to mind is Bruce Wayne. We cannot imagine anyone else other than Bruce to be the one donning the Cape and the Cowl. Batman: Knightfall helped change that notion. Bane was the first true super villain that broke Batman, figuratively and literally. Because Batman no longer could be the Batman, he gave up the mantle and let Jean-Paul Valley aka Azrael take over. This was one of the most definitive points in DC Universe history.

The Killing Joke – The Mysterious Ending Still Gets on our Nerves 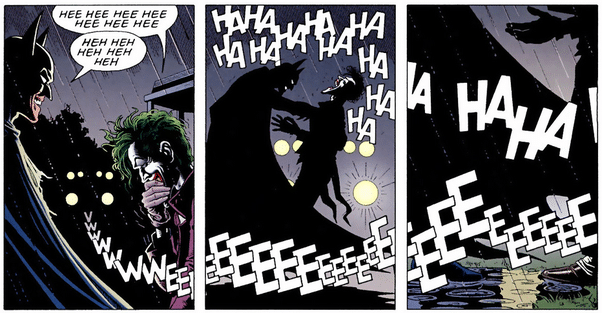 Can you say for sure what happens after the last panel of The Killing Joke? The answer is NO!! Nobody can because that is how Alan Moore wanted the story to end – in absolute ambiguity. After all is said and done, Joker gets to tell Batman his final joke. Batman laughs along with Joker in the end. Witch each successive panel in the last few pages the page turns grayer and grayer. Grant Morrison claims that it is right after the last panel that Batman moves ahead and snaps Joker’s neck. Some other DC writers state that the Joker remains in prison forever because he has finally gotten under Batman’s skin and so his game is done. 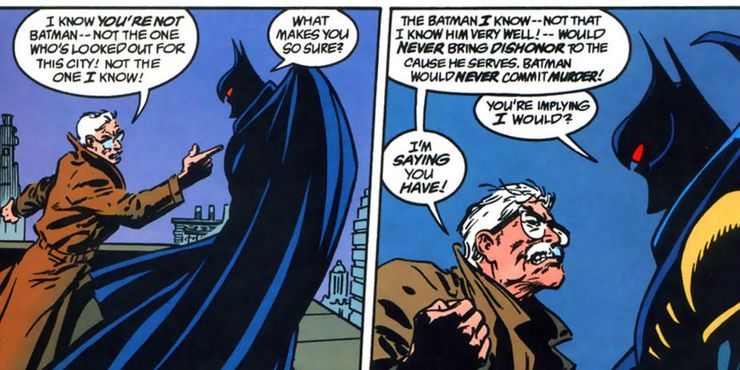 Bruce became Batman to uphold the law. He sure approves of vigilantism but even when he is wearing the mask, he ensures he does not take the law into his own hands. Batman never ever kills. That is his single greatest rule ever since he became the Dark Knight. He must never become the very thing he has vowed to eradicate from the world. But that ideal rule does not apply to Azrael apparently. Jean-Paul Valley has no qualms about killing people. In fact his violent methods are something even Bruce Wayne would disapprove of. Because of this, most of the allies of Batman turned against him. Knightfall gave us a different side of Batman. Although it hurt to see him do all those things, it sure was something fresher.

The Killing Joke was responsible for starting a revolution in the comic book industry. The graphic undertones and the bloody themes paved the way for a long line of mature comic story arcs. Along with The Killing Joker, DC also released Frank Miller’s The Dark Knight Rises and Batman: Year One at around the same time. It showed the world comic books could also become a medium for telling stories people from the other end of the age spectrum could also enjoy. The Killing Joke is the reason why Batman comics are so loved and adored by all fans in the 21st Century.

Knightfall – Changes to the Mantle of the Bat 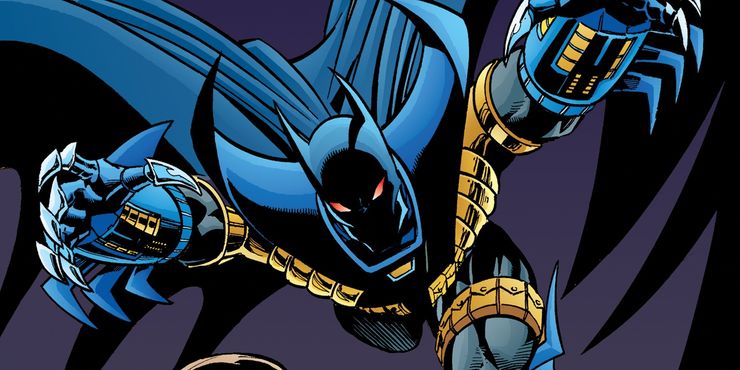 Knightfall, contrary to other popular arcs, has a lot of symbolism. It has a lot of hidden reference and subtle diversions only an Eagle-Eyed Fan would be able to notice. One of the changes was a new Bat Suit. Bruce Wayne chose the Bat to be his symbol because he wanted to hit the criminals at a time where they thought they were the safest – in the night. He had to look the part. The Bat was a symbol that would strike fear in the heart of evil. The suit must also adhere to that ideology. But Azrael’s suit had several controversial changes. It was flashy and gave him away from a distance. It was Azrael’s attempt at stating that he is above the law. He will not hide anymore. He will take matters into his own hands and you will see him from miles away doing it. It was a perversion of the Bat Mantle.

You May Also Like: Mask of the Phantasm: Only Movie To Show us Human Side of Batman

The Killing Joke – People Still Discuss About It 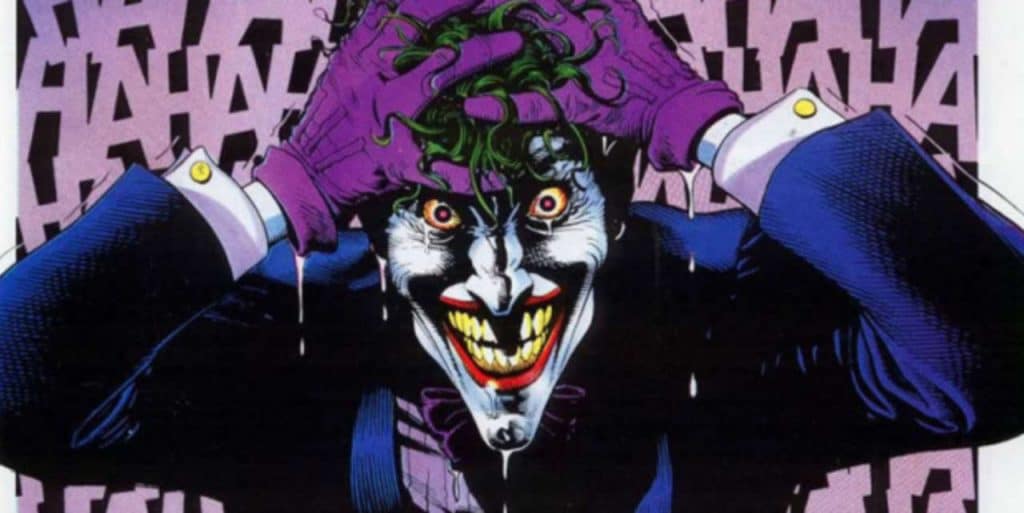 Comic book arcs come and comic book arcs go. A storyline has to be a legend to be talked about a decade later. And a story arc has to be an absolute legend if it is still discussed several decades later. The Killing Joke spawned a huge fan base of loyalists and Bat-Mongers. A truly great work of art has to be polarizing. It must evoke reactions that range from ecstasy to pure hatred. Even after 32 years of being released, fans still debate over its impact and its value. That is Alan Moore’s The Killing Joke for you.

Knightfall – Bruce Realizes the Importance of the Batman 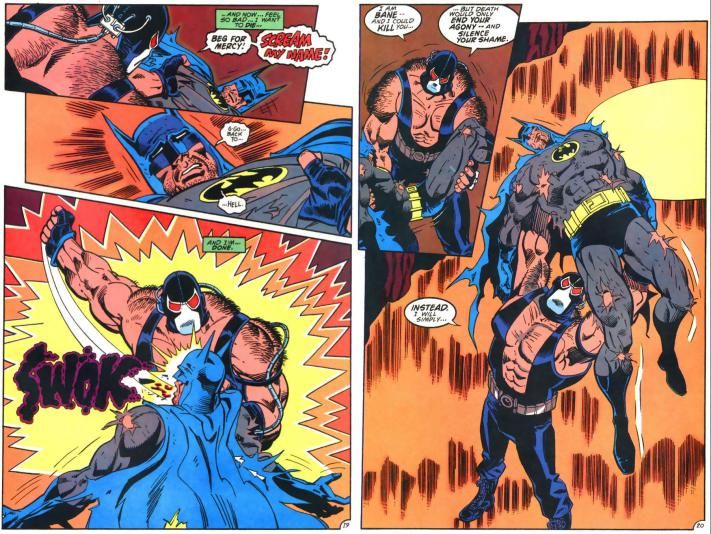 Batman: Knightfall was an important arc for Bruce Wayne. Years of fighting crime and not having had a challenge had made him complacent. When Bane broke Batman’s back, Bruce had to give up the mantle to Azrael. This left him with a lot of time to think about how he had gone softer. It was time for him to understand his role in the grander scheme of things. As Azrael used his super violent methods to keep Gotham’s criminal in line, Bruce realized he and only he alone can be the Batman. The realization that the burden of the Dark Knight is his to bear and not everyone’s cup of tea is what makes Knightfall a great arc to look back to.