DC’s very staple mark is none other than Superman. He is easily one of the best comic book characters with some crazy storylines. However, when it comes to the DCEU, Clark Kent/Superman has been an issue. Oen of the best iterations of the said character we have seen was in Zack Snyder’s Man of Steel. Even though the movie garnered average reviews, it was a box office wonder. Moreover, it gave us Henry Cavill as the lead character and the fans loved him. However, the follow-ups were equally disappointing. Yes, we’re talking about Batman v. Superman: Dawn of Justice and Justice League (2017). Maybe that is why Man of Steel 2 never happened. However, this could’ve been avoided if they would have adopted the iconic All-Star Superman arc. Let’s see why. Check it out!

The entire storyline of the All-Star Superman revolves around the mortality of the super-strong DC character. The story is all about Superman getting enhanced powers because of too much radiation from the sun. However, this factor is slowly killing him. After he learns that he is dying, he slowly comes to terms with it. But before that happens, he tries to make the world a better place.

2. One of the Best Superman Stories

The All-Star Superman is easily one of the best stories ever told, written by Grant Morrison and visualised by Frank Quitely. The story is – Dr Leo Quintum and his team are exploring the Sun when they are caught in the booby trap placed by Lex Luthor. To stop this genetically enhanced time bomb clone, Superman comes to the rescue but his enhanced powers caused by the radiation come at the cost of his life. Even though Superman’s death is one of the most heart-wrenching stories in the entire DC, it still makes up for great cinema and of course, a nice closure to the epic character.

One of the most iconic Superman villains is none other than Lex Luthor. Being the main antagonist of the story, this arc has one of the best Lex Luthor moments. He is the reason for everything that happens to Superman. He appears in the fifth issue as Clark interviews him in prison. Not soon after, a brawl breaks out around them. The reason why this arc is perfect for Luthor is that it gets into his head, unlike any other issue.

4. Best Possible Way Of Including Silver Age of Comics

The Silver Age of Comic Books was one of the best times for DC Comics and Morrison didn’t a single opportunity to introduce those elements into the story. All-Star Superman is Silver Age in every way possible as Morrison and Quitely played around with the concepts and art styles. Now, if this was to ever come on the big screen, it would be a delight for the comic book fans.

Superman only has a year to live but has too many abilities. With the absurdity of the threats, he can show off his full range of abilities. However, the plot also revolves around Clark helping a suicidal girl and preventing her from taking her own life. Well, not by simply flying to the surface, but using his words to give the girl a last hope of light. All this while he is dying himself.

Thor vs. Hercules: Does Marvel's Norse God Of Thunder Trump The Greek God Of Power?

Crisis On Two Earths: Why It's The Most Underrated DCAU Movie 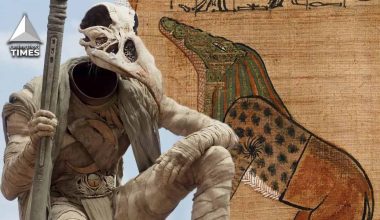 Read More
The Marvel character Ammut has appeared in multiple comic editions as a recurring antagonist. In the comics, she… 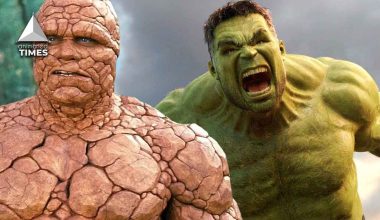 Read More
The Thing has another weapon. Keeping in mind that his new experiences have stacked in excess of a… 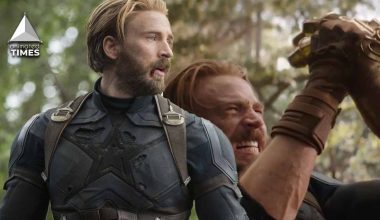 Read More
Thanos’ Snap from Avengers: Infinity War is without a doubt the most painful experience the MCU has undergone:…

Read More
Omega mutants are famed for their classification as the most powerful group of mutants. Their powers have no…