Matrix 4 comes with great news for the fans of the franchise. Keanu Reeves and Carrie-Anne Moss will be back for reprising the roles of Neo and Trinity. Any Matrix fan would be surprised to hear this as both the characters died during the 2003 edition of the movie titled The Matrix Revolutions. With the new Matrix movie being directed by Matrix veteran Lana Wachowski and released under Warner Bros., fans have started speculating the script already.

Matrix 4 is going to hit the screens after a lot of rumors, and it is quite natural for the audience to come up with questions and speculations. Given that both Neo and Trinity have lost their lives in 2003’s The Matrix Revolutions, hardcore fans have started to come up with different theories regarding their return. The cast of the movie was revealed after pictures from the official photo shoot went viral on the Internet.

Neo and Trinity are back for sure! 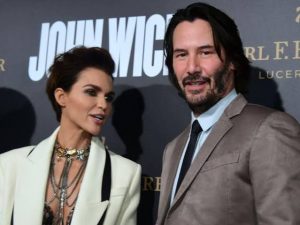 With the principal photography of the movie underway, Keanu Reeves and Carrie-Ann Moss have been spotted on set. The duo is reprising their fan-favorite role and will be most probably back on the land of the living. Being humanity’s greatest heroes is never a small thing, and hence both Neo and Trinity are open to flexible storylines. But still, the question that looms over the franchise is how did the characters escape their doom?

A probable theory deals with the rebooting of the virtual world. Matrix: Reloaded had shown the fans that rebooting of the virtual world is possible, and it can occur multiple times. This will lead to reincarnations and rebirths of the people living within it with no memory of their past lives.  The theory has been one hot topic of discussion now, but the set suggests something else. The heroes will have to save humanity yet again!

Here’s a video explaining all the theories which have surfaced recently: