Finally, The Star Wars: The Rise of Skywalker novelization reveals some secrets. The series gives clear reasons regarding why Rey stabbed and fought with Kylo Ren.
In the movie that was released in the year, 2015 named The Force Awakens’ questions were raised about how Rey was portrayed. An extra scene has been added to The Rise of Skywalker which depicts how Chewie was questioned by Kylo Ren while he was in jail.

Chewie’s bowcaster was considered to be one of the most powerful weapons that were incorporated in the setup of Force Awakens. The Rise of the Skywalker has provided clarifications regarding the fighting scene between Kylo Ren and Rey. It highlights a huge possibility that Kylo could have emerged as a winner if the situations would be a little different. The scene was seen to be under discussion regarding the fact that it should be included or not.

What makes Rey so furious?

However, knowing the exact reason as to why the scene was not included would be an interesting matter of fact. A lot of memories regarding Wookiee seem to cross Kylo’s mind. He enters his dream world wherein Chewie and he is friends and together they are seen playing. However, towards the end Kylo becomes nostalgic and he gets a bit emotional. Ben Solo could have got a better redemption through the inclusion of this scene.

Chewie Owns the Most powerful bowcaster!

One of the extra scenes in the novel included how Kylo blamed Chewie being the reason for his failure in defeating Rey. Kylo was responsible for shooting his father Ben solo and Chewie in return uses his bowcaster to attack him.

Kylo wants us to simply ignore the past and to focus on the future.

Here’s a look at the most important scenes between Kylo Ren and Rey. 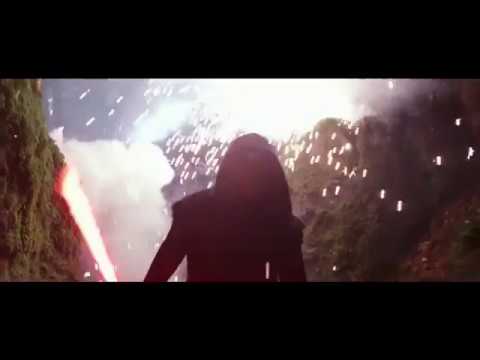