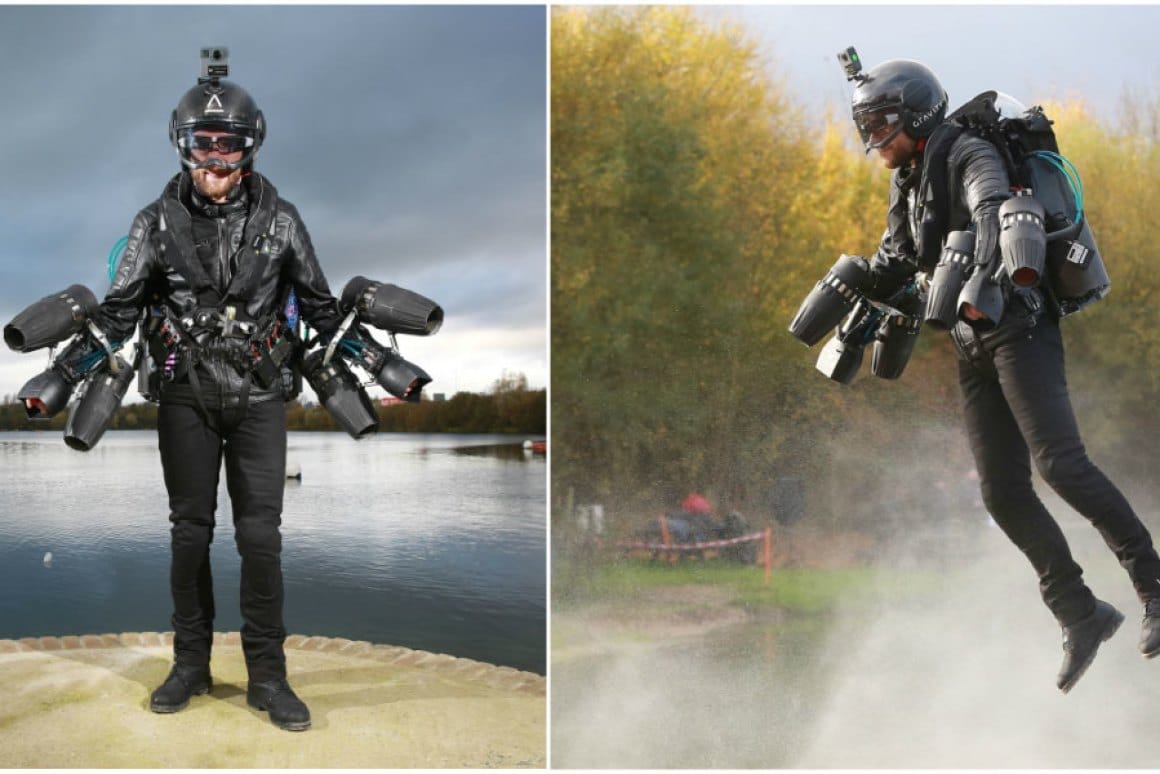 Tony Stark’s legacy as Iron Man continues to inspire millions of fans around the world. One such person has taken it a step further and managed to invent something similar to the fictional hi-tech suit. Richard Browning, an English inventor, created a piece of technology that took him flying at an impressive speed of 85 miles per hour.

The inventor himself hadn’t expected to reach 85 mph, and the result came as a surprise

With a suit equipped with jet-packs, body controls and wing-guided technology, Browning flew over England’s Brighton Pier. The suit certainly becomes the closest piece of technology that can be compared to Tony Stark’s Iron Man suit in the real world. Though, Browning’s suit may not look quite as sleek, the inventor is certainly working on improving the technology in every way possible. From size, to speed, there is no doubt that Richard Browning’s suit could come to a close second.

“I’m really pleased with today. I’ve done 75mph before kind of privately in testing,” Browning remarked after his Iron Man suit completed the record flight. “I had hopes that we could get into the 70’s here, on the day, in the conditions that were going to be whatever they were going to be, but to go, then, even 10 miles an hour even faster than I’d ever been before – couldn’t be happier.” The CNET footage captured Browning saying the statement.

In the MCU, Tony Stark built the first Iron Man while trapped in a cave in Afghanistan

Wasting no time to revel at his record, Richard Browning set off to talk about potential advancements for the suit. “That’s just the beginning. We can go way faster.” He revealed that he’s aiming for high speeds of 150-180 mph, but “we’re going to do that in steady, sensible kind of steps. 85’s good for now.” The world may as well prepare for a real life Iron Man soon considering Browning’s inventions will inspire several others.