Dr. Dolittle is a movie we all remember seeing as kids or teens. But after that it mysteriously vanished from the realms of pop culture. So it has been some time since Dr. Dolittle made his presence felt on the big screen. But it looks like it will not take a long time for the character to make a comeback since the titular character will now be played by Robert Downey Jr. While Robert Downey Jr. Is most well known as Iron Man but he has now picked up Dr. Dolittle’s lab coat. While this decision has baffled his fans a little but Downey Jr. Has finally answered why he chose a project like Dr. Dolittle after saying goodbye something like Avengers: Endgame.

Also after being the main star of the MCU for a decade we do wonder how much Robert Downey Jr. has amassed. Turns out it’s a lot of course, check out the video below to know more: 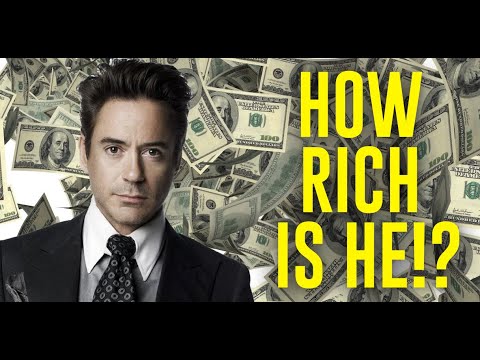 In an interview with Extra along with his wife Susan Downey (who is credited as a producer on Dolittle), Downey stated that he saw parallels between his life and Dr. Dolittle’s. This prompted him to do the movie. He said:

“I always go ‘Why this movie, why now, why bother?’ And then I, honestly, I looked out the windows and these alpacas are looking at me and our goats and our Oreo cows and our pigs, the kunekune pigs … it just felt kind of synchronistic. And also, you know, we don’t like to go too long without an extremely difficult project to do together, whether it’s a movie or a kid. It wound up being a really kind of nice vibe. Very arduous, very long process, we learned a lot. And it’s so nice now because all I care about is, when people see it, did they like it? And so today is the first day, and now we’re starting to promote it. People are like ‘Yeah, we’re seeing it, we’re liking it.'”

Avengers Fatigue Prompted Robert Downey Jr. To Try Something Else

But the above is not all. The main inspiration behind Dolittle is Avengers: Endgame after all. The couple said that while Endgame might have broken all box office records but, Dr. Dolittle has something which it doesn’t and that is a focus on family. The Downey’s approached this project with a goal of making their kids see it. After a decade of playing playboy Tony Stark, Robert Downey Jr. deserves to spend sometime with family and doing what he likes. After all, Tony Stark ultimately wanted to do all of that but couldn’t do any of that. In a weird way it all came full circle.