Lucasfilm president Kathleen Kennedy declared Patty Jenkins would direct a Rogue Squadron film for the studio at Disney Investor Day 2020. While Kennedy provided a little information about the movie, she disclosed that the film aims to release Christmas 2023.

Patty Jenkins took to the twitter announcing and disclosing her personal connection that pulled her towards the movie.”I love moving fast and speed of every type,” Jenkins shared in a new teaser video. “I guess that’s because I grew up the daughter of a great fighter pilot, And every day I would wake up and go outside and look up and see my father and his squadron take off in their F4s, spinning across the sky. It was the most exciting thing I’ve ever seen in my entire life. So when he lost his life in service to the nation, there was a drive-in me to turn all this tragedy and thrill into one day making the biggest fighter pilot film of all time.”

But try as I could and look as I did, I’ve never been able to find the right story,” she resumed. “I kept looking and looking, but I really couldn’t find the appropriate one—until now. Now I’ve found a movie concerning two things that I love, so I’m going to see you soon.” The video concludes as Jenkins wears a fighter pilot helmet and jumpsuit and strolls toward an X-wing fighter. 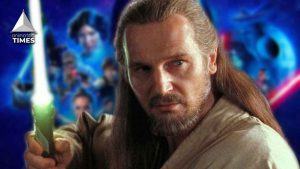 “Star Wars, no”: Liam Neeson Won’t Reprise Qui-Gon Jinn Role in Future Projects as “There’s just so many of them now” 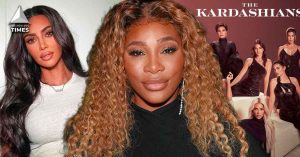 “There is a lot of negative hate towards my family”: Kim Kardashian on Fans Begging Serena Williams to Break Her Friendship With the Kardashians