The Free Comic Book Day is being celebrated on May 2nd in the United States. And Ryan Stegman has planned to gift his fans a brand new symbiote char character, named Virus.

Warning: Spoilers for Venom #23 ahead.

Stegman and Donny Cates are pressing onward for the symbiote char character. Though it is pre-decided that Virus won’t make his debut till the day in May arrives, but the groundwork has been already laid down for obviously, some significant developments to come. The eternal image from one of the recent issues of the Venom is Captain America dropping a bomb on the creature also with the Carnage leftover on Venom Island. The explosion might mean that Eddie Brock now has to face a world without his dear partner. But, it also looks like this new upcoming symbiote will manage to play into things somehow.

Stegmann wrote on Instagram, “? NEW CHARACTER ALERT? in the upcoming FCBD issue, @dcates and I have created a new character named VIRUS. Read it to find out all about him!”

The Look and Feel

The upcoming Venom #26 feature a drawing drawn by Iban Coello that is Ultimate Reed Richards revealing his ultimate plan. Also, Cates has talked about The Maker and is way of how he has been using the Ultimate Venom Symbiote to make a way that could let the required character to slip through and get to other dimensional universes. This is pretty much the entire baggage these days after the Secret Wars.

The character who is on the front cover of Venom #26, and is called as Virus by all, is Eddie Brock’s son – and a human symbiote Dylan Brock. But anyhow, Virus will make its debut in the Free Comic Book Day in Spider-Man/Venom issue, that too on the first Saturday of May, i.e. 2nd May.

I hope you found the article interesting. To read more such content, Stay Tuned!

Do you know the origin story of venom? Watch to find out. 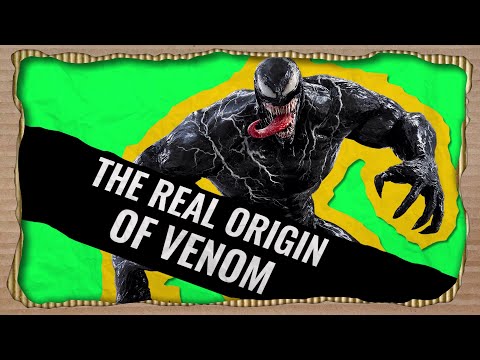