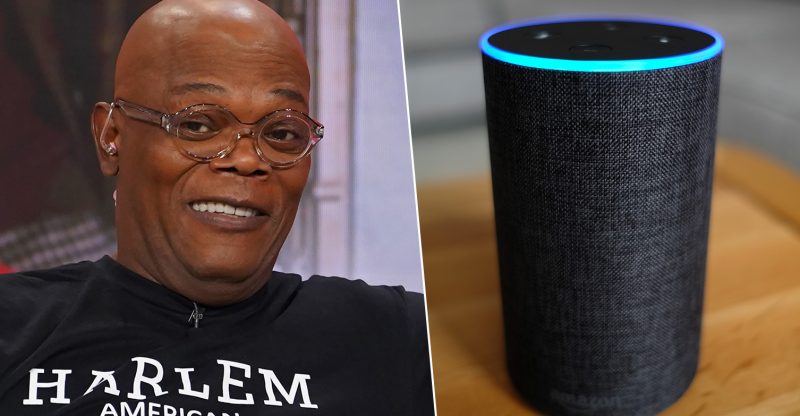 Have you ever imagined Alexa in a different voice?. Was there an instant in your life when you tried to talk like Alexa? Admit it Most of us have. A device that understands our commands and obeys it is just as bizarre as this announcement made by Amazon. Samuel L. Jackson is here to make this device even more amazing. The celebrity Voice program has decided to feature Hollywood legend Samuel L. Jackson as your Alexa voice assistant. Your wild fantasies of talking with this amazing person and being roasted by his one-liners, sarcasm and foul language are all set to be fulfilled.

Samuel L. Jackson, the award-winning actor who’s starred in films such as Pulp Fiction and Snakes on a Plane and also as our favourite Nick Fury, has a very admirable voice. Kind and passionate, his voice adds cadence and power to the dialogues. His sharp, unique and dulcet tone attracts all attention to himself. This is why Samuel L Jackson is our new favourite voice assistant. 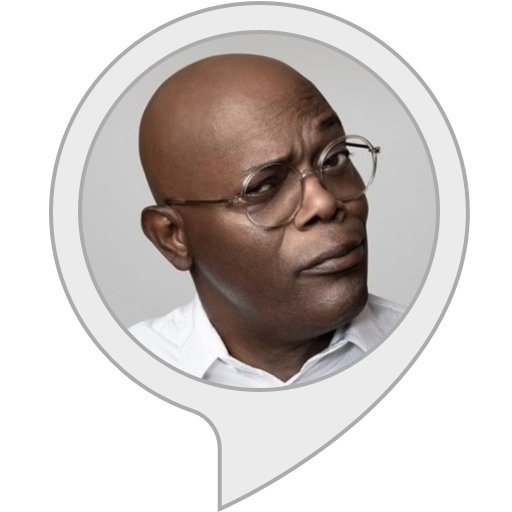 How to make him talk? 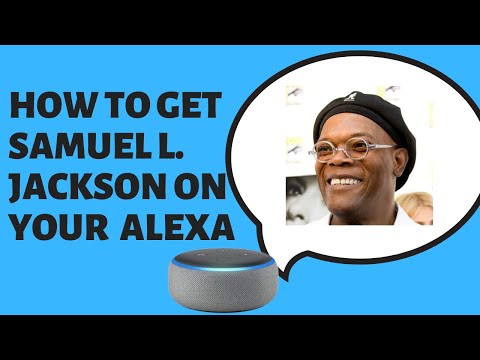 To enable this skill, open your Alexa App on your devices and choose the Skills and Games from the menu. Search for the ‘Samuel L. Jackson – celebrity voice for Alexa’ and enable this skill for 1 dollar only. You can also update and change if you’d like him to use explicit language or not. Finally, say, “Alexa, introduce me to Samuel L. Jackson.”  You can live your fantasy of being a talk show host and question him on his career, hobbies and so much more.

What does he respond to?

His fans get an opportunity to imagine being his friend and play rock paper scissors with him. One can have in-depth conversations with him about his favourite vacation spot, his star wars experience etc. Samuel can entertain you with jokes, sing you ‘Happy Birthday’ and even wake you up in the morning. He still won’t be able to help with shopping, lists or reminders. 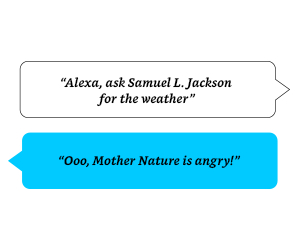 A representation of conversation with Samuel. 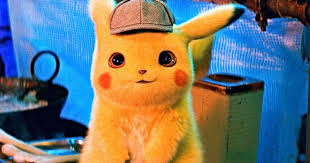