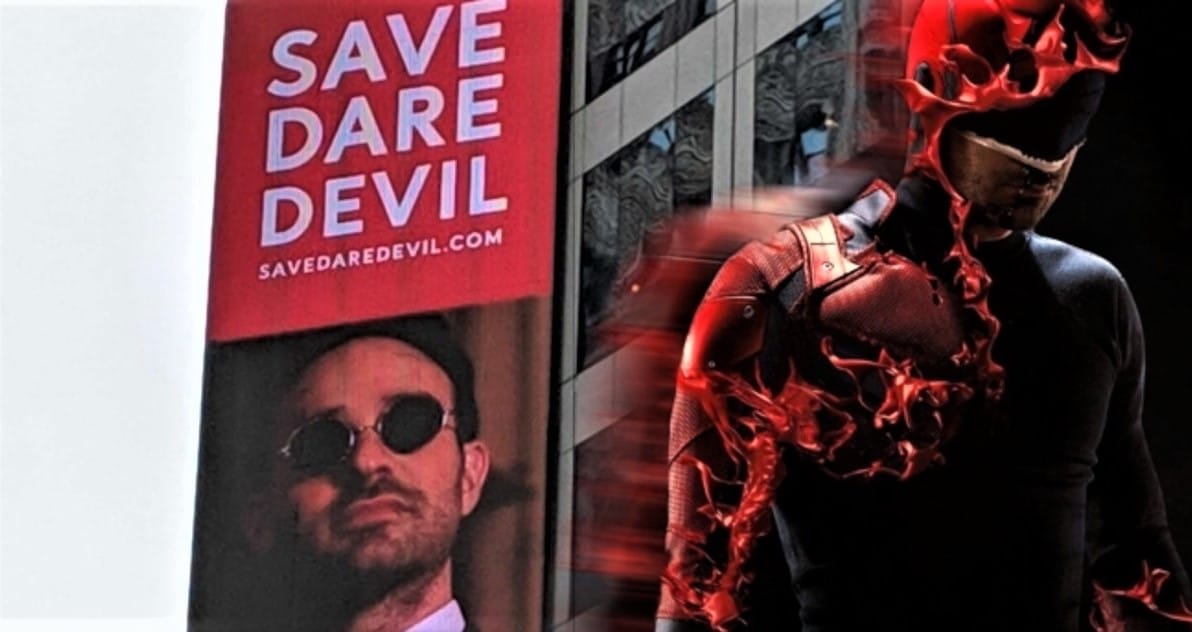 It doesn’t take much effort to turn an idea into a movement, thanks to digital media. When we talk about the #SaveDaredevil hashtag on Twitter, they took the movement into the real world today to save Daredevil. They did it by buying screen time on a few digital billboards in New York’s Time Square.

#SaveDaredevil Campaign Gets Screentime On Billboards

The campaign shelled out enough to get five minutes of screen time on a set of billboards near 42nd Street over the lunch hour. While one board remained static with a renewal message, the others rotated through stills from the show, featuring characters from Daredevil. Eight slides were included, showing characters from Kingpin and Daredevil to Bullseye and Mother Maggie.

As per the Times Square District Management Association over 330,000 pedestrians walk by The area every day.

The static board showed a quote from Battlin’ Jack Murdock, reading, “The measure of a man is not how he gets knocked to the mat, it’s how he gets back up.”

Coincidentally it’s the same quote that Marvel TV Boss Jeph Loeb used as the endcap in his letter to fans this week after the cancellation of Jessica Jones and The Punisher.

Here are pictures of the billboards: (via Comicbook.com) 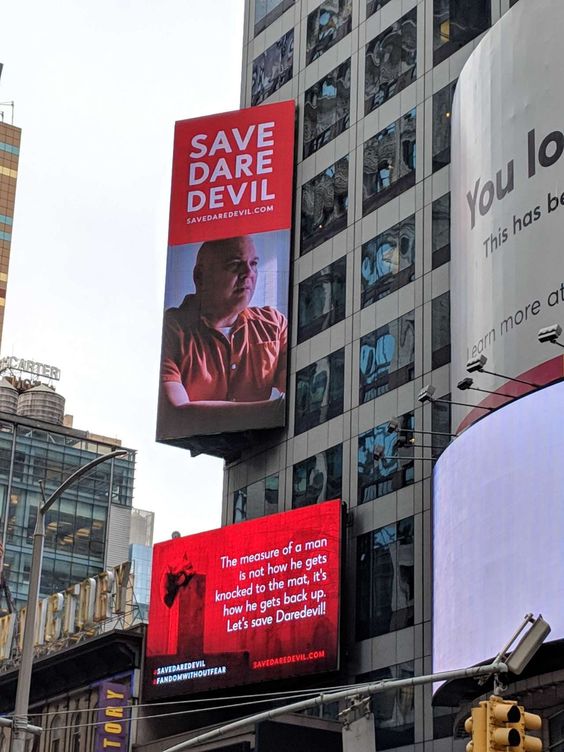 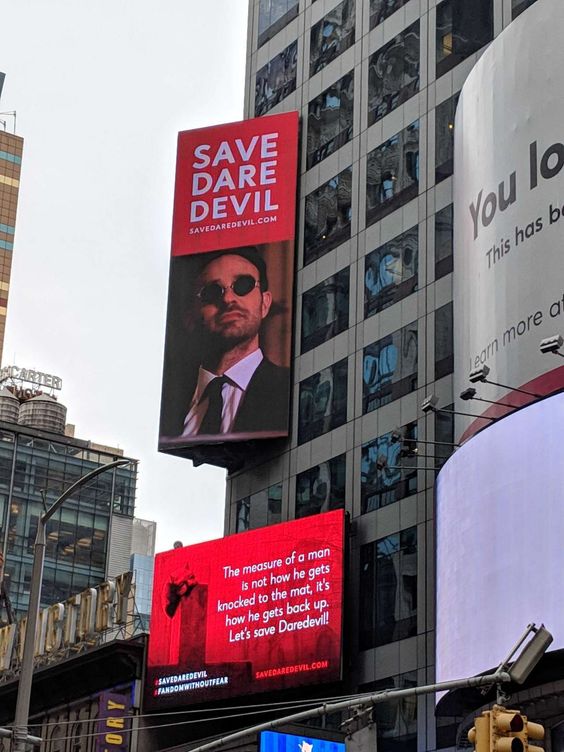 Starting as an online campaign to get the series back, motives changed once Netlfix cancelled the show after three seasons. Since then, fans have been very vocal for the show’s renewal supporting Charlie Cox and Vincent D’Onofrio.

Also Read: The Flash’: Godspeed Is Coming To The Series

Earlier this week The Punisher star Royce Johnson thanked fans for their support while talking to Comicbook.com.

“It’s bittersweet,” Johnson says of the Netflix cancellations. “We’re moving forward in our careers, but we were a family. I can’t express that enough. That’s why we’re doing the campaign for Save Daredevil, just because of the … more in doing it for the fans. They’ve supported so many years, and they’re loyal. They’re very loyal, you know?”

“And if I can be out there championing with them, with a tee shirt and a poster on, saying, “Save Daredevil,” the actor continues. “Their voices need to be heard as well, and I’m one of the guys who are willing to do that for them to say, thank you for being a part of this amazing journey.” 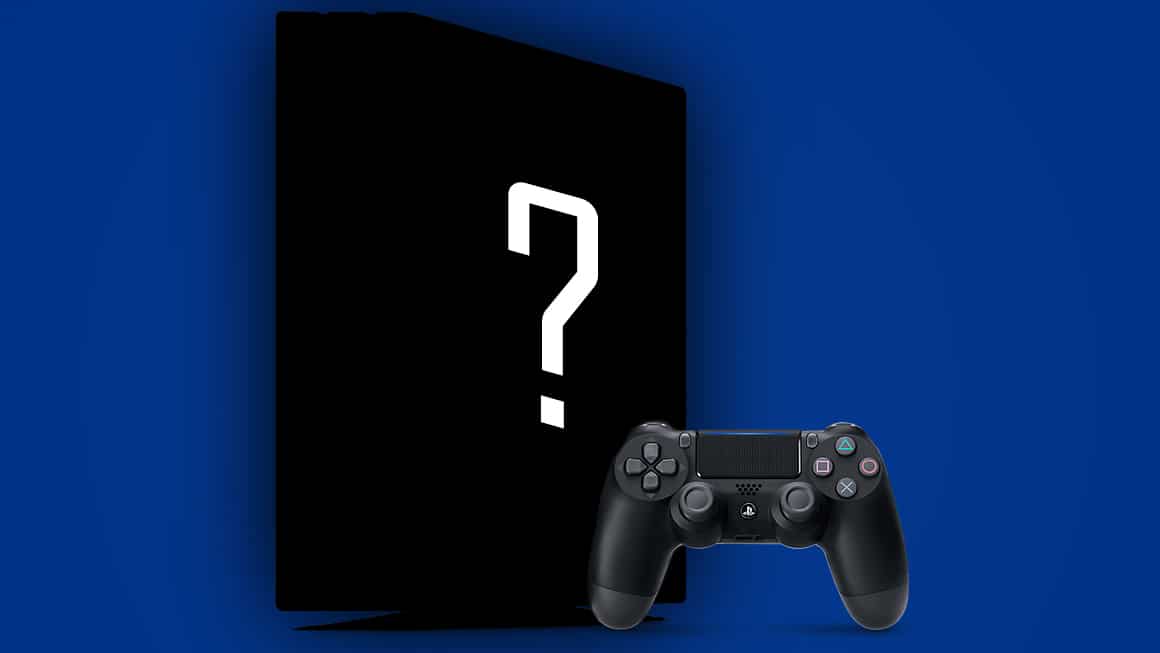 Write For Us
Tags:Daredevil, netflix, The Punisher