With the newly released movie Black Widow, everybody is talking about the fantastic performance of Scarlett Johansson once again. She has received global recognition due to this role and has now become the highest-paid actress in the industry. Yes, you might say that she is amongst the several Hollywood megastars, but her talent and allure always make her stand out in the crowd.

She is one of those actors who can portray a range of characters with ease and grace. Whether it is Black Widow who is kicking ass across the universe or Nicole in 2019s Marriage Story where she beautifully portrays the role of a former actress who is going through a divorce, she has embodied every role to its core. And it shows because she has received several awards and accolades for her performances in the industry. 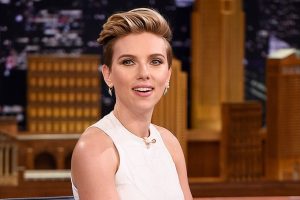 But her journey to becoming one of the most recognized and outspoken megastars wasn’t easy.

Well, if you didn’t know this already, Scarlett Johansson started her acting journey as a child actor. Born on November 22, 1984, the star had a humble upbringing in New York City. She and her younger twin brother Hunter Johansson have now made their impressive careers respectively. But everything wasn’t sunshine and roses for the actor.

In an interview in 2013, the actor revealed that her family used to live in a housing development for middle-income families. And at an incredibly young age, she had decided to make a career in the arts. As a child, she landed her first role in a sketch for the show “Late Night with Conan O’Brien”. In the sketch, she portrayed the role of a spelling bee champion. And in her very first gig, she surprised everyone with her acting skills and talent. 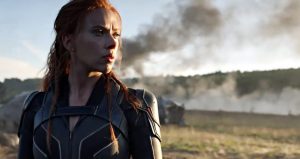 On Her Way to Becoming Hollywood Superstar

She found her first professional gig at the age of 9 in the movie, North (1994). However, the movie Manny & Lo (1996) brought her immense recognition and her very first nomination at the Inspiration Spirits Award in 1997. All of this was even before she was a teenager. It clearly shows that she was destined to become a successful actor.

During the same time, her parents were undergoing a divorce which was a huge blow to her personal life. Her family was torn apart! Her mother moved to California and she and her brother stayed in New York. Scarlett Johansson has said that her parent’s divorce has allowed her to draw inspiration for her acting career. Most of her films have revolved around marital problems including her 2019, Marriage Story, which received Academy Award Nomination.

Scarlett Johansson is one of the most outspoken actors in the industry known to stand her ground despite the odds. She has also found an amazing partner as Colin Jost whom she married in October 2020. 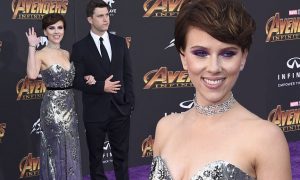 Being a hardworking and talented woman, nothing is stopping Scarlett Johansson from making an unforgettable mark in the industry.