The Marvel Cinematic Universe’s Scarlett Johansson’s Back Widow release has been the talk of the down for all the good as well bad reasons considering her legal ongoing issues with Disney as well as Marvel.

The movie however, showed us that Black Widow was raised in the infamous Red Room. Some amazing new art reflects to the all new hopes being born of the comic book movie fans that Scarlett Johansson’s movie future involves maybe a teeny tiny little bit more green.

In a response to Megan Fox’s July interview with the Washington Post, all the fans over the social media united to the idea that she should be casted ( more of a fan casting) as the Gotham’s anti-hero Dr. Pamela Isley, aka the Poison Ivy.

But since then, there are reports all over the place stating that most of those fans have now changed their opinions and are saying, “Megan who?”

The actress who now replaces the Transformers actress for the fan casting is Scarlett Johansson considering she is just released from her contract with Marvel Studios and that she is not on such great terms with the company.

I saw #PoisonIvy trending and immediately I thought of my choice actress 🌹 #ScarlettJohansson pic.twitter.com/ps2nIM1qLn

While at the moment, it is nothing more than the fans expressing their own casting wish lists, the very idea of Scarlett Johansson playing Poison Ivy doesn’t really out of the realm of possibility.
Keeping in mind the convergence of events over the past couple of weeks might actually make it likely.
For those who don’t know, due to Johansson’s lawsuit against Disney, over the poor theatrical performance of Black Widow (As they released the movie on the streaming platform Disney+ alongside of the theatres) the company then cut all their ties with the actress.

Post this news, it was learnt that DC Entertainment was doing their best to lure Johansson over to their side of the screen. However, there is no indication of exactly what role Scarlett Johansson is being offered.

But the reason why everyone is hoping she is the New Poison Ivy as this week, Richard Newby wrote a column in which he casted his vote or The Suicide Squad writer/director James Gunn to helm the long-dormant DCEU project Gotham City Sirens.

The DC Comic of the same name first hit stands in 2009 and featured as its protagonists Catwoman, Harley Quinn, and — the character everyone’s hoping Scarlett Johansson will play — Poison Ivy.

And the comics fans are aware that actually it is Ivy who secures their initial base of operations by turning the Riddler catatonic & stealing his apartment. 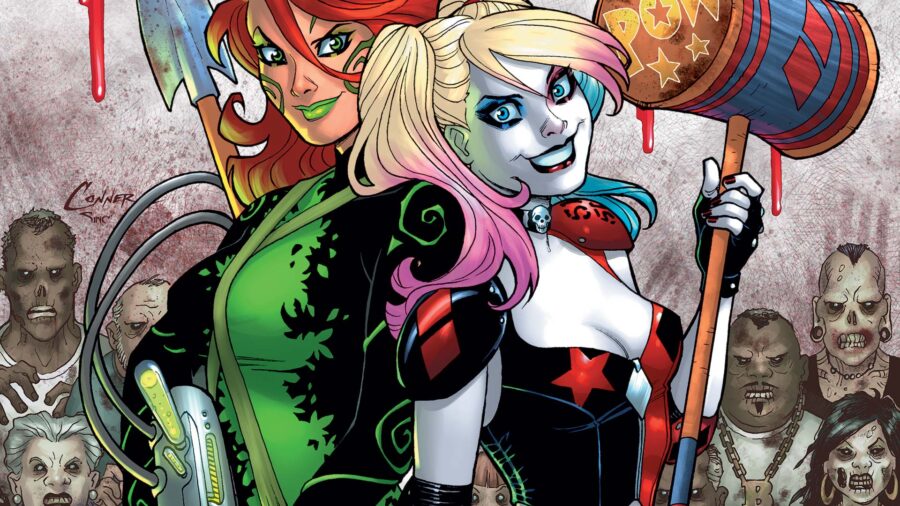 If Scarlett Johansson plays Poison Ivy, it would mean she would work with Margot Robbie. In his column, Newby noted that Harley Quinn and Poison Ivy have been a part of open romantic relationships in the comics.
Whether Scarlett Johansson eventually gets casted as DCEU’s Poison Ivy or no, it remains to be seen; but she surely would be a perfectly great choice.