Something big is about to  happen in Agents of Shield universe.
On Friday, 13th August 2021, news came up stating Chole Bennet is all set to leave the CW’s Powerpuff Girls series due to “scheduling conflicts”, which lead some of the fans to believe that the actor is all set to appear in Secret Invasion after months of speculation.

And now, Bennet’s Costar Elizabeth Henstridge has got fans thinking there maybe a potential SHIELD reunion coming to the Disney + show in matter of months.
To put the cherry on top, Henstridge shared a video on her Instagram account of herself taking a sip of champagne , and she just purchased a house in Atlanta with longtime partner Zachary Abel. 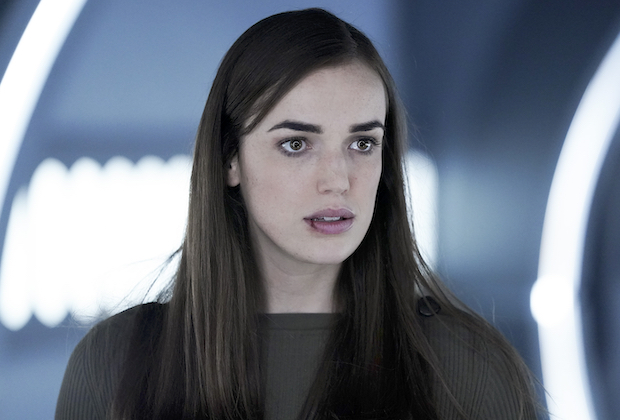 That isn’t a definitive confirmation on Henstridge’s beloved Jemma Simmons is in Secret Invasion but there are a few things to note on that post.
In the comment section, one of the fans asked if she’s “in the MCU” hinting at her character of Jemma Simmons.

And Henstridge replied to the comment with the “silent-but-smile” emoji.

In the same post itself, Henstridge made a note saying that she can’t move into her new house not quite yet because she already has her bags packed to go to England.

Yes, we know that Henstridge is an England native; but…. Secret Invasion is also JUST so happens to be filming in and somewhere around London in the upcoming months.

Could be a coincidence but could it really be?
Check out her post

And scenes if Bennet and Henstridge are actually joining the Secret Invasion cast; which ( even though there is no hard evidence that they actually have); they have already joined a star-studded ensemble consisting of Samuel L. Jackson (Nick Fury). Ben Mendelsohn (Talos), Kingsley Ben-Adir, Olivia Colman, Emilia Clarke, Killian Scott, and Christopher McDonald.

Emilia Clarke had once told in an interview saying that “I just think what they’re doing right now is so exciting and so cool, and so on the cutting edge of it. I feel like they’re like the Apple of this world”. She further added “To be part of that family feels like, ‘Oh my God, I’m in the cool kid crowd. That’s so cool.’ Honestly speaking, the people that are making this are what pushed me over the line to really wanting to do it. I just think that everyone’s heart and heads are in the right place with this one.”

This has excited so many fans and all of us are looking forward for Secret Invasion!