Movie making is the collaborative art that requires the talents of dozens if not hundreds or even thousands of people. The germ of an idea grows into words on a page and develops through rehearsals and sets and locations and acting and filming into a finished spectacle for the eyes and ears. When everything clicks, it’s magic. And for comics films, it’s even more so, to take the creations of writers, artists and inkers, and give them motion and sound and music.

But with so many moving parts put into play, sometimes gaffes show up here and there, even in the best-made films. Here are SEVEN examples of mistakes that happened in DC films and DC Extended Universe movies that the filmmakers wish you would forget.

In The Dark Knight (2008), The Joker busts in on the fundraiser hosted by Bruce Wayne at his Gotham penthouse. The Joker calls for Harvey Dent, the district attorney. Wayne slips away to a secret room and emerges as The Batman, while The Joker is intimidating Rachel Dawes, the assistant D.A. and Wayne’s childhood friend.

Batman fights The Joker and his henchmen, but The Joker pulls a gun on Dawes and fires a shot through the window.

The morning after Superman debuts in Metropolis in Superman (1978), Daily Planet editor-in-chief Perry White rallies the troops, with the charge to find out all there is to know about him. “I tell you, boys and girls,” White thunders, “whichever one gets it out of him is going to have the single most important interview since God talked to Moses.”

Fortunately, ace reporter Lois Lane has the inside track. She opens a note reading “Tonight at eight your place — hopefully — a friend.” 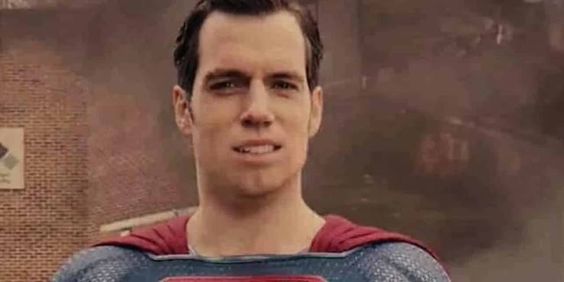 Speaking of Superman in Justice League (2017), his resurrection — after his passing in Batman v. Superman: Dawn of Justice (2016) — is key to the formation of the team against the world-bending threat of Steppenwolf. But after Batman v Superman and Suicide Squad (2016) disappointed critics and fans, Justice League went in for reshoots after production wrapped, partly to reflect the sunnier tone of Wonder Woman (2017).

However, the cast naturally had gone on to other projects. Henry Cavill moved to Mission: Impossible — Fallout (2017) as a CIA assassin, and grew a lovely, bushy mustache for the role, which he was required to keep. 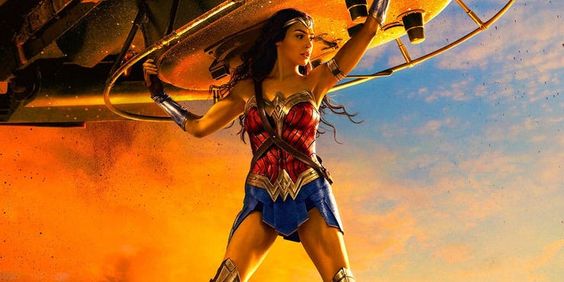 Wonder Woman (2017) was a rare critical, commercial and popular success for the DC Extended Universe. It tinkered with Wonder Woman’s origins and history, having her leave her homeland of Themyscira to engage with the wider world during The Great War, not during World War II as in the original comics. Whatever the period, more than a few anachronisms slipped through.

A promotional poster shows a scene not in the movie, but one showing off Wonder Woman’s strength: She is lifting a tank over her head. 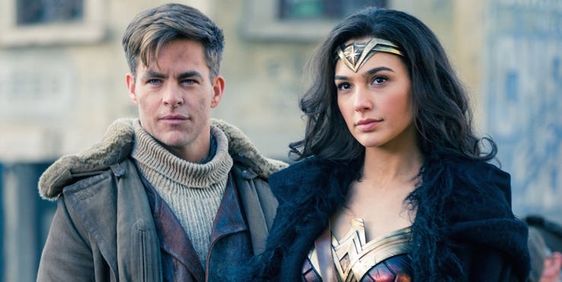 Part of what makes Wonder Woman (2017) such a hit is that she is an inspirational figure, within the story. The centerpiece battle where she liberates the Belgian village is the moment where she comes into her own as a hero and as a leader.

So naturally, there is a joyous celebration following the fight, with music and general merriment. In a cafe where the people party, a song from French chanteuse Edith Piaf plays on a gramophone. 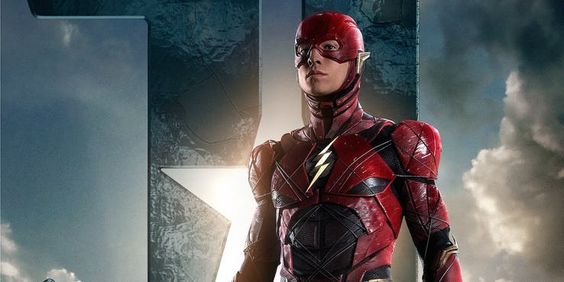 Batman spends time in Batman v. Superman: Dawn of Justice (2016) finding out about other metahumans. At one point, he watches surveillance camera footage of a convenience store robbery that is thwarted by a speedster. Later, he has a dream in which the speedster — the Flash — gives him a cryptic warning.

In Justice League (2017), Batman brings together the team, seeking out prospects one by one. 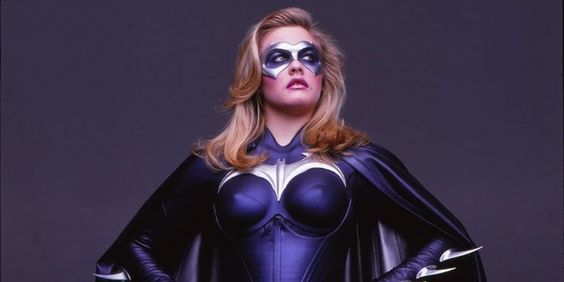 In Batman and Robin (1997), Alfred Pennyworth, Bruce Wayne’s ever-loyal butler, gets an unexpected visitor: his niece, Barbara Wilson. Barbara has come to care for Alfred, who has the early stages of MacGregor’s Syndrome — something he hasn’t told Wayne himself.

As Alfred’s disease progresses, he lets Barbara in on the secret of Batman, with a disc full of data, including schematics of the Batmobile and other vehicles. Soon after, Barbara makes her way into the Batcave itself, where an AI version of Alfred tells her he’s made a costume.