MCU has given us countless beautiful scenes since its establishment in 2008. However, there are few of these scenes that took out the inner child from the adult fans. There has never been any movie franchise that connects to their fans as close as Marvel Studios. Each movie of the Marvel Cinematic Universe comes with a unique and own story.

Also, each movie connects the dots from one another. Most movie franchises make several mistakes, but the different thing about MCU is that they cover their mistakes with ease. The movie stories run parallel to each other, and with every movie, there comes the excitement of fans.

With this epic moment, many fans posted reaction videos from the cinema halls. At the beginning of this final battle, Thor is using both Mjolnir as well as Stormbreaker. After being overpowered by Thanos, he loses both his weapons. Then he eventually calls Stormbreaker, but Thanos grabs it and uses it against him.

In the next scene, Mjolnir, and it starts moving. But in the next stage, it turns out that someone was not Thor, but Captain America. He then masterfully took it and gained control over lightning.

09/10 Avengers: Endgame “When The Snapped Avengers Returned To Fight Thanos”

In this scene, Steve Rogers was ready to die for the Universe while facing Thanos and his army alone. Then Falcon called him loud, “On Your Left’. It was an excellent callback to Bucky when these two soldiers became friends. Then a portal opens up, from which T’Challa, Okoye, and Shuri come.

Then into the air, Falcon flew above, opening up more portals. After that, all the superheroes who were gone came back and joined the rest of Avengers. The background music comes up with Thor, Captain America, Tony Stark’s unusual reactions, and even a surprised Thanos reaction. This scene was the most emotional scene from Avengers: Endgame.

This movie is a perfect combination of action and humor. In this movie, Thor finds a way back to his homeworld after Odin’s firstborn and Thor’s demoness sister Hela took over Asgard. While slashing his brother’s eye out, she reminded him that she is the goddess of death. Then she asks him, “What were you the God of again?”

After this scene, there comes the most rockstar moment of Thor. His eyes and hands turn into pure lightning, and he punches Hela down to the rainbow bridge from the terrace.

After that, the “Immigrant Song” played by Led Zeppelin blasts. With the song playing on, all the revengers take Asgardians into the refugee ship while Thor flies to take down Hela’s army. Since Thor’s first solo movie in 2011, he became one of the most beloved Marvel characters. This moment solidifies the character of Thor and forces us to love him.

This scene was the most emotional and selfless act in the entire history of the Marvel Cinematic Universe. The Iron Man franchise started as Tony being a genius and billionaire. But, by the Avengers: Endgame, he completed his role by being a loving husband and caring father. Yet he couldn’t leave this Universe as in the shape that Thanos left it in.

Fans got an idea that Tony Stark will be playing a vital role in this fight with the Titan after Avengers: Infinity War. In this movie, Dr. Strange gave time stone to Thanos instead of Tony’s life. In Endgame, Tony sneaks up the Infinity Stones from Thanos’ gauntlet and uses them to snap him and his army away.

So after the destruction of Thor’s hammer, he needed a weapon from which he can fight with Thanos’ army. While creating his hammer, Stormbreaker, he nearly killed himself. He burned himself while melting the star to mold his new weapon. The hammer was made, but unfortunately, there was no handle for it.

With that, the cutest superhero Groot, cut off his branch arm to complete the Stormbreaker. Meanwhile, other Avengers were fighting with the Thanos’ army in Wakanda.

Then the epic scene came where Stormbreaker opened the Bi-Frost to Wakanda and sent all of them, Rocket, Thor, and Groot, to help the rest of them. Then comes the Avengers background music after Thor screams, “Bring Me, Thanos!”. This epic moment gave the audience goosebumps.

05/10 Captain America: Civil War “When Spider-Man Is Introduced To The Avengers”

Spiderman, Marvel’s most famous superhero, wasn’t able to get his role in MCU movies for the first eight years because of Sony owning the rights. Fans lost their minds when they heard the official announcement that Spider-Man would join the Marvel franchise after Sony and Marvel agreed on Spider-Man.

Finally, Spider-Man got a chance to cast in an MCU movie with the fan-favorite Captain America and Iron Man from this movie. This movie shows us the war between Iron Man and Cap, where they both needed help from other Superheros to win this fight. After that, Tony reveals his queen’s plan to Natasha Romanova.

Then he uncovers the truth about Peter Parker’s secret identity and invites him to join his team. Then in the fight when Captain America was trying to convince that Winter Soldier didn’t kill his parents, Tony replied by saying that he had enough

The first movie of the Marvel franchise has the essential post-credit scene. In the last stage of the film, Stark said that he is Iron Man. At his home, Tony’s alarm goes off when Nick Fury walks into his room where he thought that he’s the only one there.

Nick Fury introduced himself as director of S.H.I.E.L.D, and discussed the “Avengers initiative” with Stark.  Fans first thought it was a big tease where a superheroes team lived on a single screen.

03/10 Avengers: Age Of Ultron “When Ultron Is Overpowered”

Many fans consider Avengers: Age Of Ultron as the weakest Avengers movie, but it’s still a fantastic movie. After combining the powers of four of the most powerful superheroes, the Avengers got their hands on Ultron. These four superheroes have their separate connection to Ultron.

Tony Stark created Ultron for safety measures. Vision also has a combined power of the Power Stone, Bruce, and Tony Stark. God of Thunder, Thor used his Mjolnir to bring Vision back to his life. He powered the cradle up by summoning the lightning to it. The Hulk, aka Bruce Banner, helps Stark put Jarvis into Ulton’s body to create Vision.

Then comes the Avengers theme with Vision, Iron Man, and Thor combining their blasts to weaken Ultron. After that, Hulk runs towards him across the street and punches Ultron to knock him down.

In New York City, Avengers missed one of their key members in a battle against Loki and Chitauri. At that moment, Bruce rides up on the bike and joins the rest of them. With that, Captain America tells Tony that Banner had been shown up and reacting to that, Stark said “the party to them.”

Then while Iron Man starts heading towards the team, a massive flying Chitauri Leviathan follows him. While seeing that Bruce is following the monster, Cap recommends him to get angry, and then he replies, “I am always angry.” Then while transforming Banner into the Hulk, Avengers music played on.

After that, the Hulk punches Leviathan, and then, with the help of Tony Stark, the monster gets destroyed. Then comes the most iconic scene of Marvel Studios, where the camera rolls around the complete team line-up.

The most anticipated superhero movie is Avengers: Infinity War, where the entire Marvel Superheroes team came together to fight with Thanos and his army. In one scene, where Vision and Wanda were off the grid, Thanos’ most potent children, Corvus Glaive and Proxima, attacked them.

Then comes the shadow of a man with a neat beard and ripped costume. He was none other than Steve Rogers, aka Captain America. He catches Proxima’s spear and throws it to Black Widow, who chops down Proxima. Along with that, Falcon comes up flying and kicks Corvus off from Vision. Then Corvus and Proxima beam up to their ship, and then there was successful save by these Secret Avengers.

During these 13 years tenure, Marvel Cinematic Universe has given us many epic movies, several different emotions, and an infinite number of memories. With the Avengers franchise, we got many lessons, inspirations, and motivation to save this Universe. Marvel superheroes have saved our Universe many times while fighting with many enemies and villains.

The Peculiar Explanation of Why Marvel Terminated The Hulk 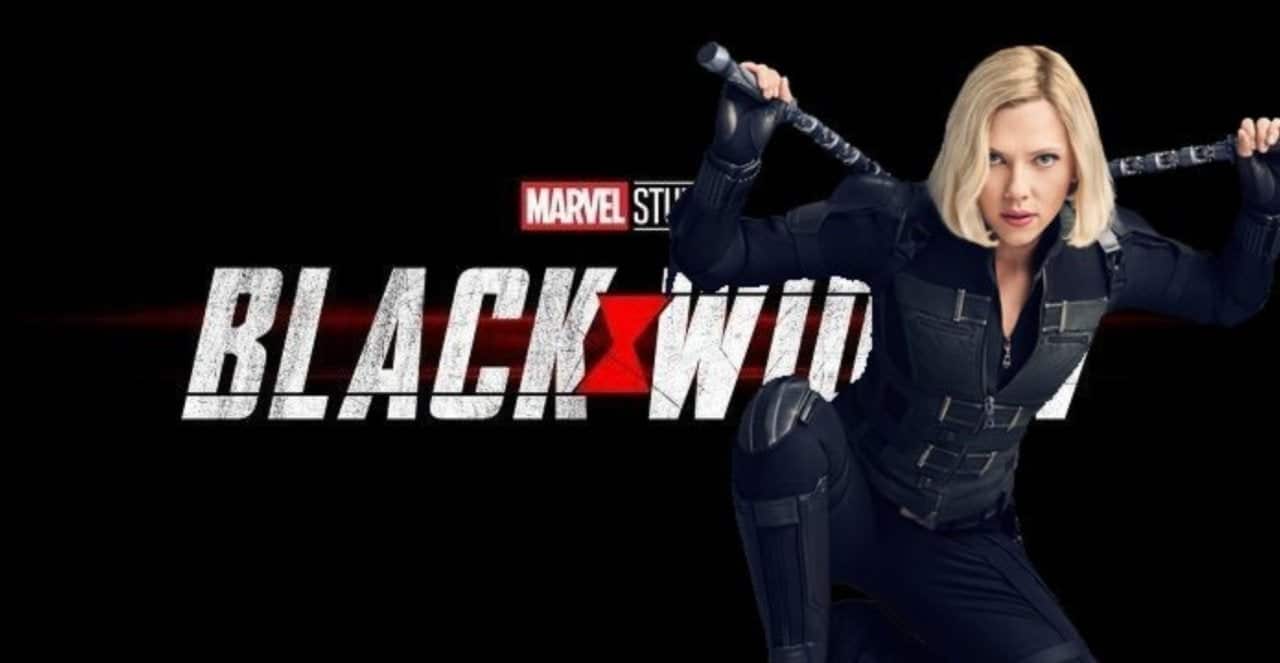 Read More
After much expectations, we currently recognize Black Widow will officially race into movie theatres next May. The very… 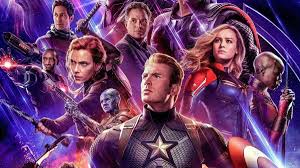 Read More
Smart Hulk was one of the most anticipated parts of the Avengers: Endgame. Disappointingly, it seems the character… 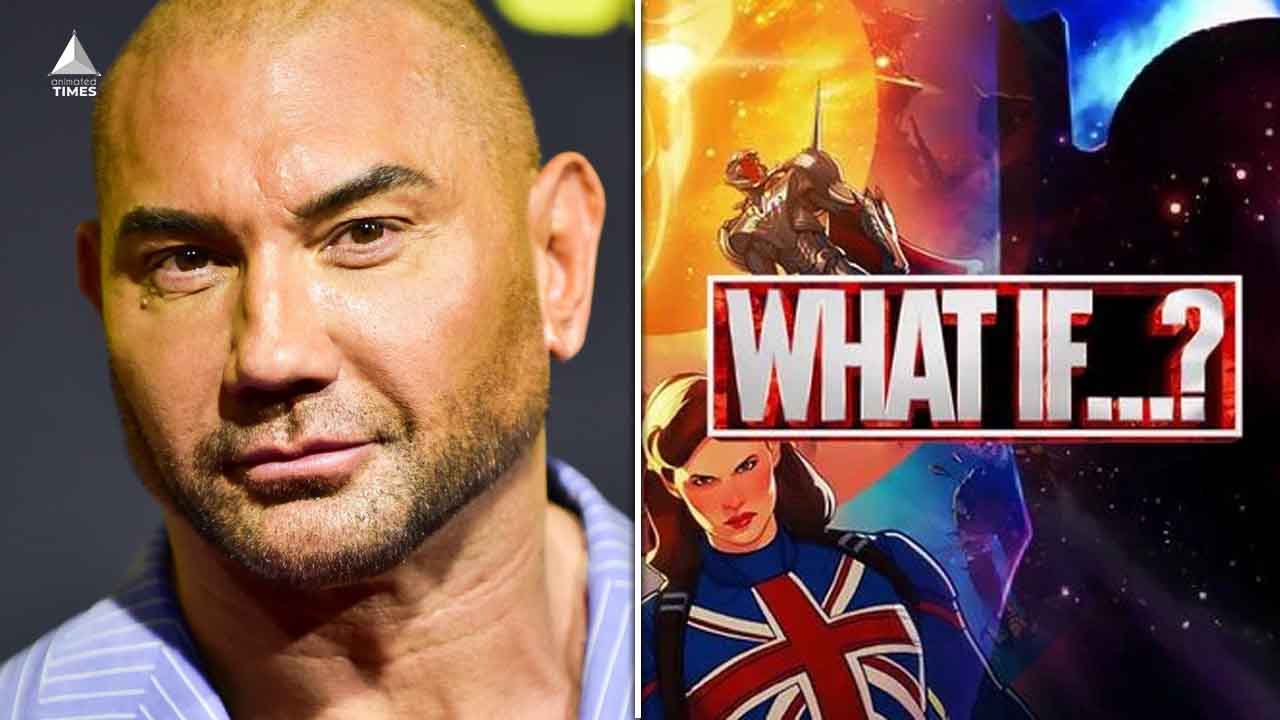 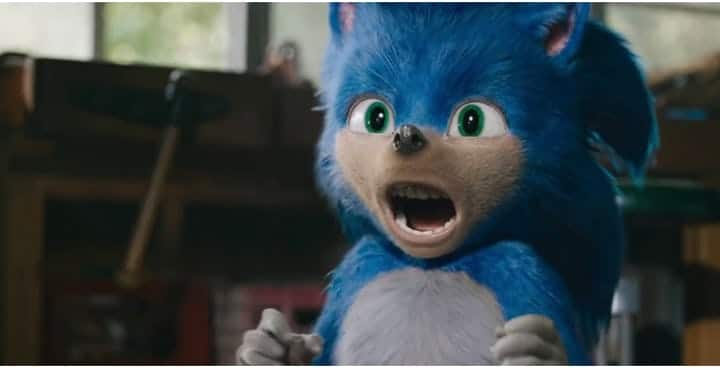