Marriage seems to be getting off the cards for Pete Davidson for a long time now. No matter how much he tries, wedding bells just won’t ring for the comedian. Davidson became a smoking hot topic back when he got engaged to singer Ariana Grande, and more so when the engagement broke within 5 months. The SNL comedian once again became a subject of envy when reports of him dating the SKIMS mogul Kim Kardashian went public.

The masses couldn’t grasp how simply being funny can reel in pretty women that easily, but Pete Davidson’s luck struck more than once. However, once again luck ran out and he got dumped, which feels like a bigger tragedy for him now that reports have suggested that he had already pictured his girlfriend walking the aisle in a white dress – now a shattered dream.

RUMOR: Pete Davidson reportedly proposed to Kim Kardashian prior to their breakup‼️😳 pic.twitter.com/pTaO8EthGq

Pete Davidson wanted Kim Kardashian to have his babies

Back in July, Davidson was on Kevin Hart’s Peacock interview Hart to Heart. The topic of parenthood was touched upon and Davidson shared how becoming a father is an ultimate dream for him.

“It’s not super corny, it’s the best God damn thing you can do in life.” He then talked about his dream of becoming a father, “[I’m] definitely a family guy. My favorite thing ever, which I’ve yet to achieve, is I want to have a kid. That’s like my dream.”

Davidson did not just mention kids as a distant dream but as a concrete next step in his life that he was preparing himself for.

“I’m just so excited for that chapter, so like that’s kinda just what I’m preparing for now. Just trying to be like, as good of a dude, and develop and get better so that when that happens it’s just easier.”

Speculations of Davidson and Kim Kardashian planning a baby went wild until Kim Kardashian made it clear that she would rather focus on her “career as a lawyer” than pop another baby, shattering her beau’s dream of having kids.

Was the Kim-Pete relationship mere content for The Kardashians?

It is safe to assume that even though things are going south for Davidson if it was clout and content that Kim K sought, she’s got it, hands down. Hilariously tragic how Davidson was envisioning a future with a woman for whom he was allegedly just a means to get attention.

Also Read: “Pete was Annoyed by Kim’s… flirting”: Kim Kardashian Reportedly Used Pete Davidson a lot For Rating and Content Before the couple decided to break up 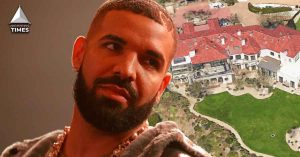