Warning: The article has a discussion of suicide and depression

Venom: Let There Be Carnage will release soon. And this sequel to the 2018 movie will introduce a new symbiote villain. But the latest posters also suggest that the movie might bring back another version of Venom. The first movie saw Anne Weying merge with the black symbiote briefly to become She-Venom. 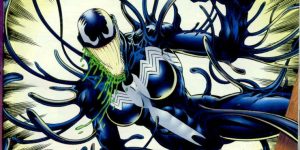 And chances are she might return in the upcoming movie too. When Anne merged with the black symbiote in the first movie, it took a toll on her psyche. And if the latest version of She-Venom is anything like the comics, it will get darker and grim quite quickly even for “Marvel Cinematic Universe”.

Here’s the fate She-Venom in the comic books that make the whole premise intense and darker.

Being Eddie Brock’s Ex-Wife, her relationship with her ex was quite intense. She merged with the black symbiote when she was shot by the Sin-Eater. And this turned out to be a highly violent experience with her killing anybody who had wronged her.

Next, she interacted with the symbiote to escape from the jail. She still hadn’t recovered from the initial trauma of symbiote interaction, this just pushed her at the edge. She finally jumps off the building eventually killing herself. 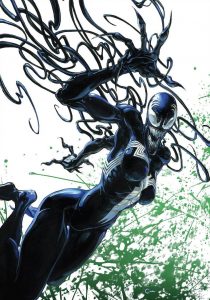 Fate of She-Venom too far for Venom 2

The grim and saddening state of affairs of She-Venom in the comic book might be too far for the cinematic world. But her first outing in the previous movie was violent and quite close to the actual comic book character.

If she appears in the movie again, the story might turn too dark for Marvel. However, it won’t be the first time Marvel would work with such serious concept. In the X-Men movies, they have dealth with depressive subjects like this, however, they weren’t connected to the MCU.

Also, Marvel and Sony wouldn’t want its beloved and brightest superhero character associated with such dark turn of events. Well, what happens to Anne, watch Venom: Let There Be Carnage on October,1.