Things are looking bad between Gisele Bündchen and Tom Brady as reports say the two have hired their own divorce attorneys. Gisele Bündchen is rushing through the process as she is really looking forward to spitting from the athlete while Tom Brady has repeatedly tried to settle the matter without ending their marriage. The model was reportedly upset over Tom Brady’s decision to come out of retirement as the point of the retirement was to focus on his family. Sources say Gisele Bündchen is now eyeing Tom Brady’s valuable assets.

Gisele Bündchen is steering the divorce

With Tom Brady and Gisele Bündchen having their own divorce attorneys, their divorce news might soon break out. A source told People magazine that the former supermodel is firm about her decision. The source said,

“She is the one steering the divorce. She is playing offense and he is playing defense. He wants to protect himself, protect his interests, but he’s only starting to go the legal route in his defense from her.”

The athlete has been reportedly trying to talk it out with his wife. The NFL star got married to the former supermodel in 2009 and they share 3 kids, Benjamin, 12, daughter Vivian, 9, and son Jack, 15.

Also read: “Hopefully he had the foresight to sign a pre-nuptial”: Tom Brady Might Lose Over $200M In Alimony To Gisele Bündchen After Ugly Divorce

Even though it seems like there is no chance of reconciliation now, a source recently revealed that the two are “working through things.” The source said,

“Gisele was not happy when Tom un-retired from the NFL after such a short time. There is tension between them. They’re working through things and trying to come out the other side.”

Reports also say the former supermodel hopes to get something out of Tom Brady’s whopping $250 million fortune after their divorce. 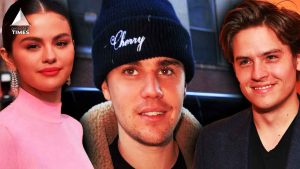 ‘My first kiss was with his brother’: Selena Gomez Reveals Her First Love Was ‘Suite Life of Zack & Cody’ Star Dylan Sprouse, Not Justin Bieber 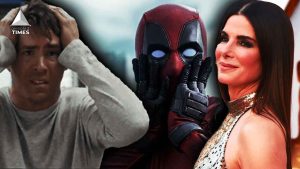