The Avengers of 2012 was the superhero movie to end all movies back during the start of the decade.

The 2010s were a very ripe time for the superhero genre to blossom and bloom.

Many superheroes found their calling in live-action ventures.

But it was The Avengers (2012) that showed the world the power of capes and cowls.

The movie-making industry would never be the same again. Here are some facts and details from the 2012 Avengers movie that still surprises us to this day.

The Guy Playing Galaga Was About To Beat the High Score 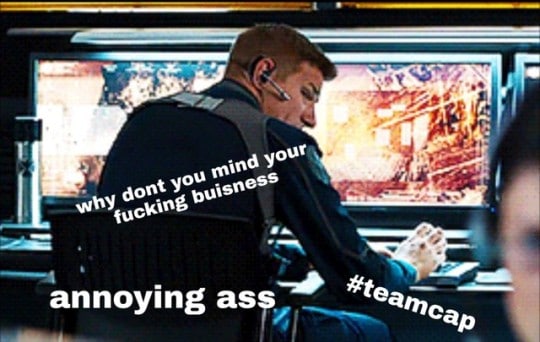 The quip by Tony Star “He’s playing Galaga!!” has to be one of the quirkiest, funniest, and the most Tony Stark moment in the Marvel Cinematic Universe.

While doing so, he signals a guy on the lower bridge deck is playing Galaga, the popular arcade game.

Nobody pays heed to his rant until the scene cuts to a SHIELD operative actually resuming his game after Stark and the others leave the bridge.

He is just about to beat the high score. The tension is real!! 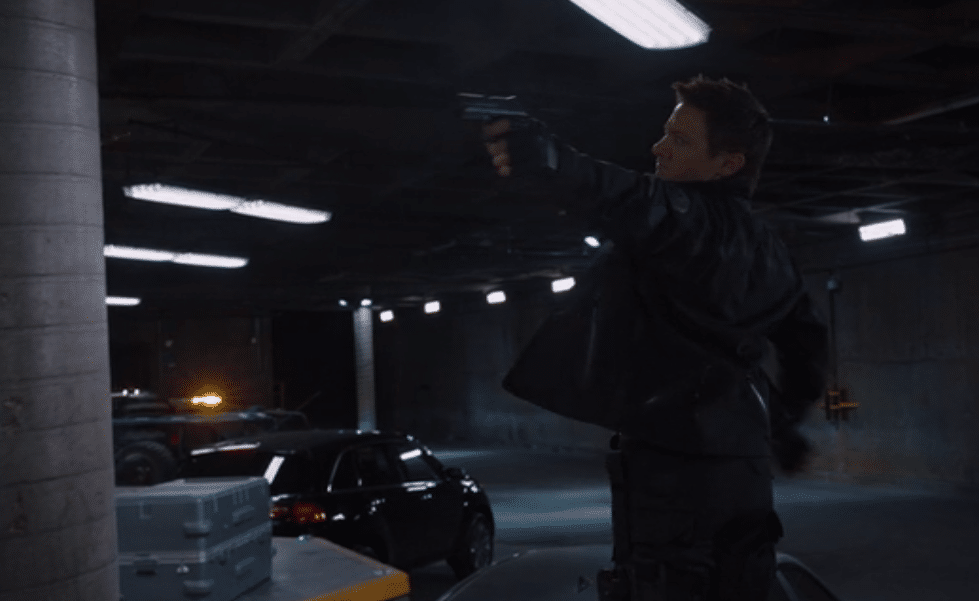 No person would ever manage to pull off such a stunt in the middle of a firefight and get away with it.

Hawkeye’s proficiency lies in the bow and arrow. He is an archer by tradition. But he is also an expert at using modern firearms.

How do you incorporate an archer’s techniques into modern firefights?

Clint Barton gives us an answer when he holds the gun like he is about to fire a bow and arrow.

It’s probably a small and quick reflex conditioned into Jeremy Renner. Or maybe it was intentional.

We will never know. All firearms experts use the traditional cup and saucer method while holding a gun.

They have to crouch their back to get a better field of vision. Hawkeye’s method is…well unorthodox and dangerous.

Captain America and Tony Stark Prove Each Other Wrong 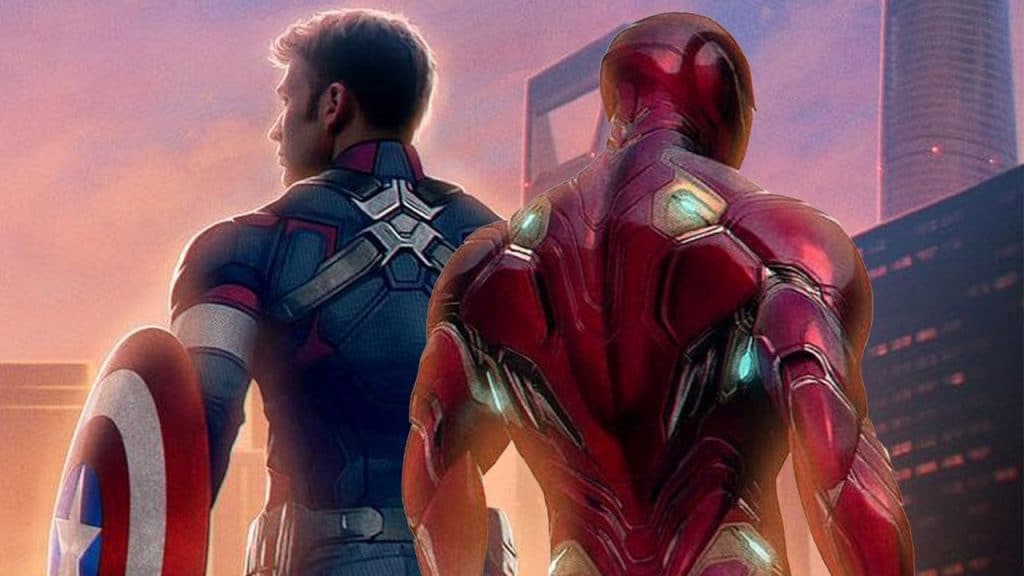 The two greatest Avengers that ever were, are, and will be are Captain America and Iron Man.

Steve Rogers is the Super Soldier. He has the super-soldier serum running in his veins.

Tony Stark is Iron Man. He has a suit of armor that is the greatest weapon Earth has at her disposal.

In a verbal argument, Steve Rogers claimed that Tony is nothing without the suit and he would never sacrifice him-self for the greater good.

Tony claimed that Steve Rogers is not special. It’s the Super Soldier Serum that makes him worthy.

In Endgame, Tony Stark sacrificed him-self to literally save half of the entire universe.

In the same movie, Steve Rogers lifted the Mjolnir and proved himself worthy of the power of Thor.

Both were proved wrong.

Why Chris Evans Was Not Eating Shawarma 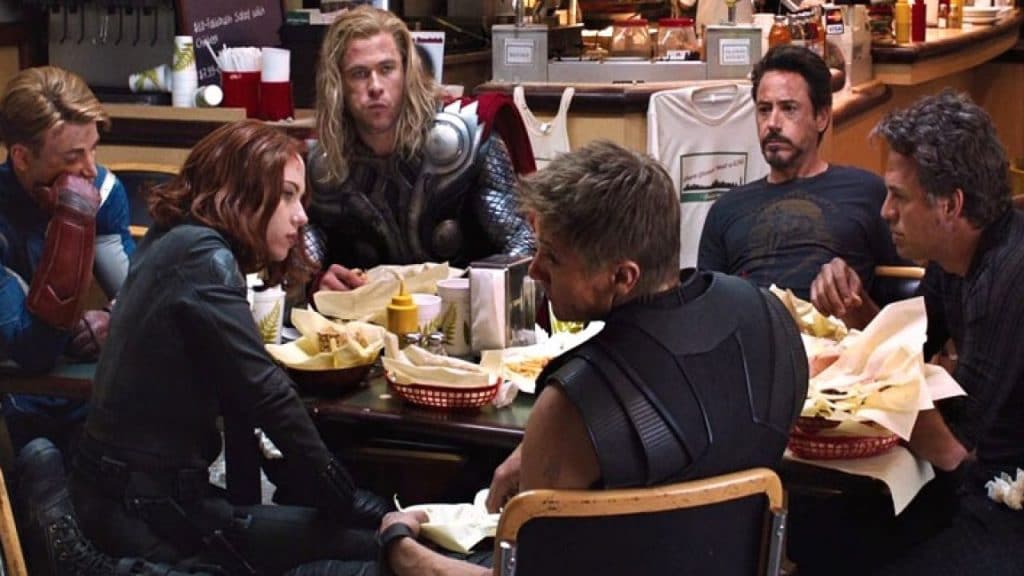 In a post-credits sequence, we see Hawkeye, Black Widow, Thor, Captain America, Iron Man, and the Hulk sitting around a table and enjoying good old shawarma.

While all of them are eating the cuisine, Chris Evans is not.

He is just sitting at one end of the table, staring at the others eating.

The reason Rogers is not eating Shawarma is that Chris Evans is wearing a prosthetic face mask. He had grown a beard for his then-upcoming project Snowpiercer.

His character required him to grow one but in the post-credits scene, he was made to wear a face mask to prevent continuity errors. Now you know why Evans ‘hated’ Shawarma. 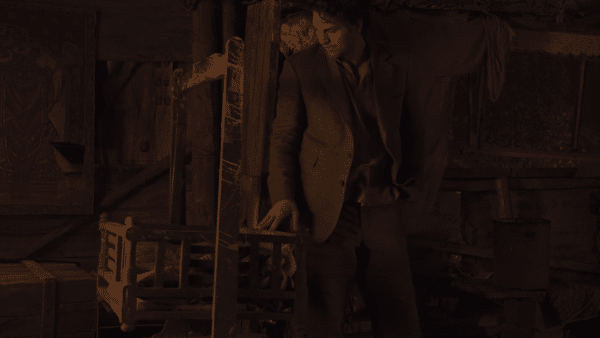 In the movie, when Natasha Romanoff confronts Bruce Banner about his potential recruitment into the Avengers, Ruffalo’s Bruce Banner showcases a remarkable level of subtlety.

Ruffalo’s character states that he “will never get what [he] wants”. This carries a deeper meaning than you could imagine.

Bruce Banner is tasked with carrying the immense burden of containing an unstoppable beast within him. He is dangerous to his near and dear ones. He gently rocks an empty cradle while delivering this line.

Banner is trying to tell the perils of carrying such incredible power in his veins.

Even Under Mind Control, Hawkeye Refers to Nick Fury as “Director” 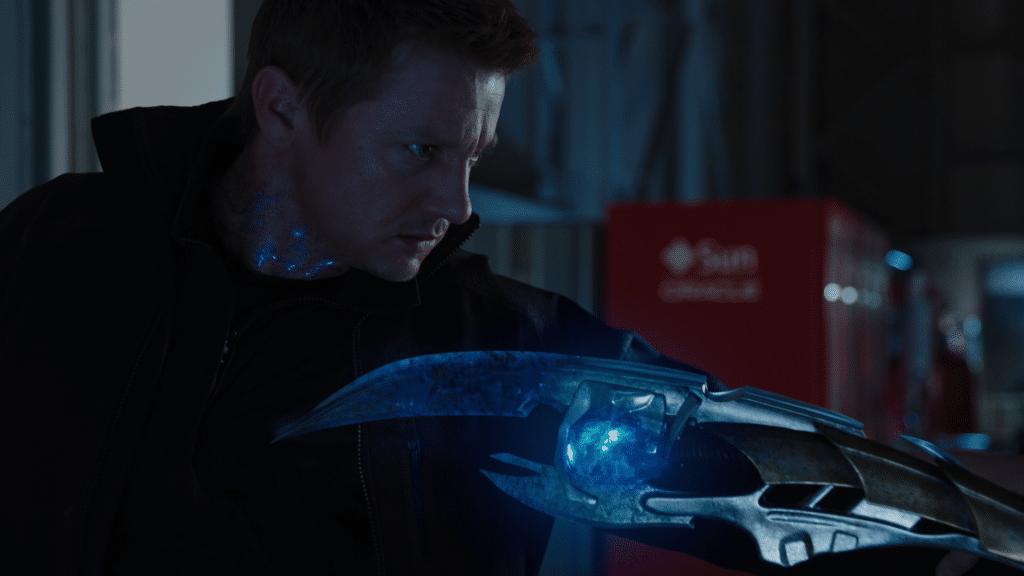 Hawkeye was one of the first to fall to the machinations of Loki. Using the mind stone, Loki made Clint embrace the dark side.

He became the Trickster God’s pawn. But there are hints that even while under Loki’s Mind Control, Hawkeye was still in there somewhere. When Fury was trying to stall Loki, Clint is quick to tell that “Director Fury is stalling.”

These subtle hints in dialogue delivery prove that Hawkeye knew he was being mind-controlled.

If he hadn’t known, he would have never addressed the enemy and his former boss with such respect. 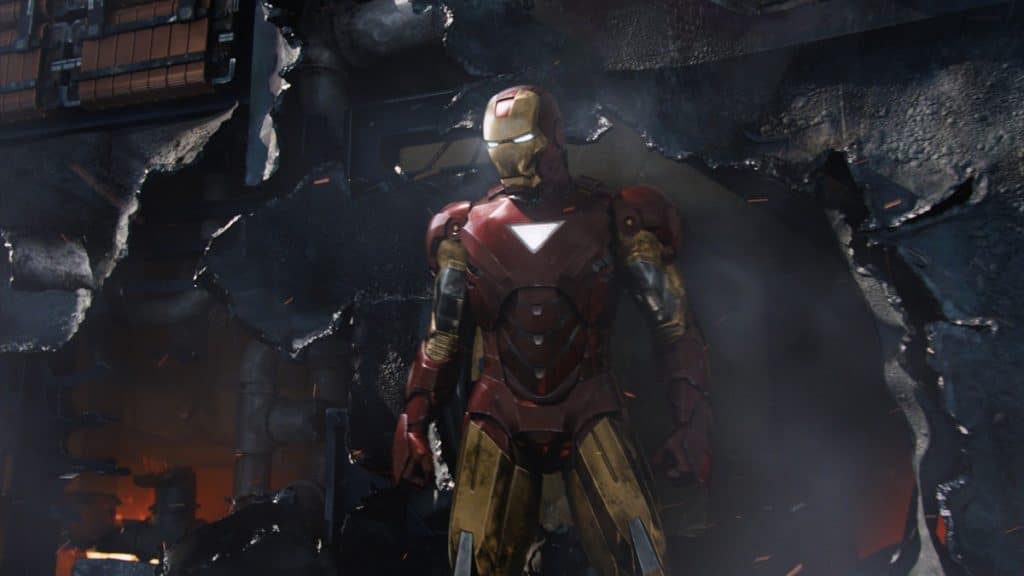 The loss of the engine results in the airship coming crashing down. Iron Man manages to repair the rotor engine and restart the thrusters. This also damages the Iron Man Suit.

To make sure an attack like that does not happen again (and there’s no more damage to his suit), Tony Stark invents a rotor-less thruster designed specifically for the SHIELD Helicarrier.

The rotor-less engines are shown in Captain America: The Winter Soldier. It’s amazing to see just how subtly Tony Stark has evolved throughout the decade. 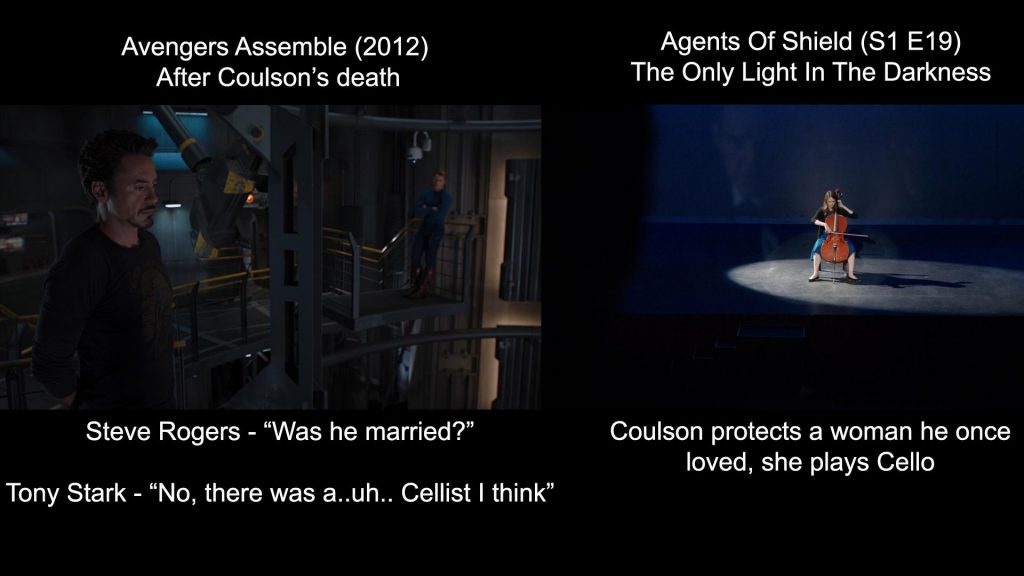 It is very easy to forget that behind that no damn given exterior and carefree attitude, Tony Stark does have a heart.

He may not look like it but he sometimes gives very close attention to detail for the people he really cares about.

During the early phases of the movie, we see Tony overhearing a conversation between Pepper and Agent Coulson regarding the latter love interest – a Cellist.

Later in The Avengers, he offers him to fly him there, to keep the “love alive”. When Coulson meets his end at the hands of Loki, Tony is one of the first to mourn his loss.

He also brings up the Cellist that Coulson was seeing at that time. God this guy gets to us in ways we could never have anticipated.

Also Read: Can Falcon Lead The Avengers As Captain America?

Gwyneth Paltrow is Barefoot To Mitigate the Height Difference 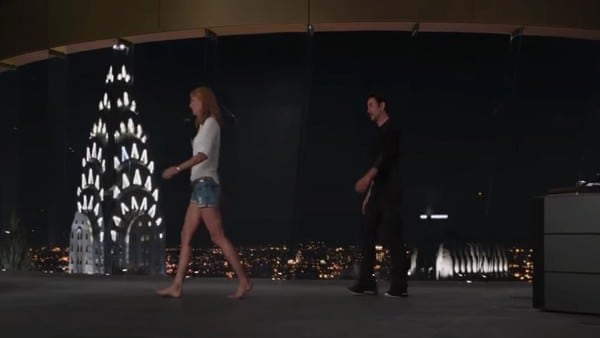 In the comic books, Tony Stark is taller than Pepper Potts.

In the movie, Gwyneth Paltrow, who plays Papper in the MCU, is significantly taller than Robert Downy Junior, who plays Iron Man aka Tony Stark.

The movie uses a variety of techniques to mitigate the height difference.

In one particular scene, a fairly evident barefoot Pepper is seen next to Tony Stark, who is wearing platform shoes. Almost no fan noticed this detail. 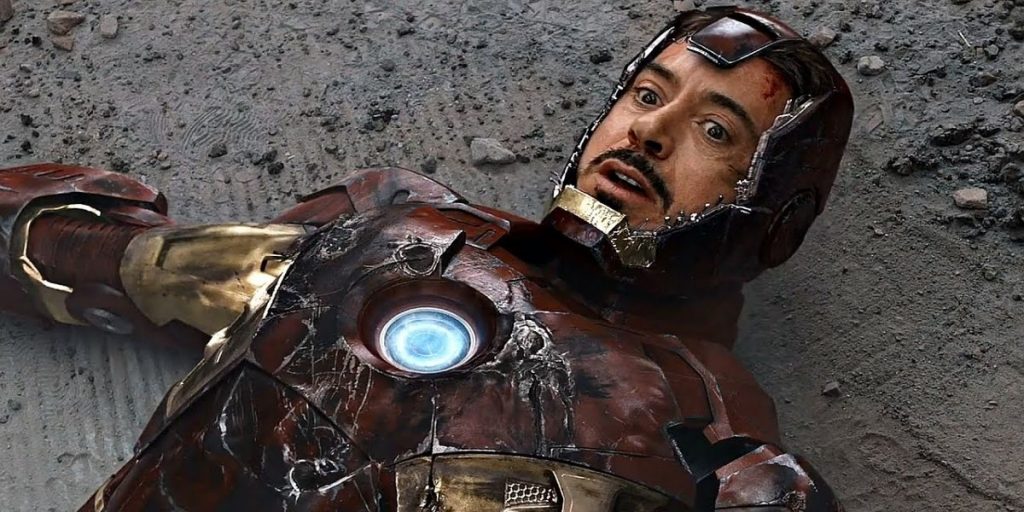 After Tony Stark takes the superweapon through the portal and into the heart of the Chitauri Armada in space, New York and the rest of the world is saved.

Tony is not so lucky. Iron Man’s body is not able to take the strain of the trip and Stark’s biological systems shut down.

Stark effectively enters a coma he might never get out of. After he falls and the Hulk saves him from the crash, he is placed on the ground.

His arc reactor has also shut down. After the Hulk roars him into the land of the living, Tony comes back from the dead.

The arc reactor restarts as well. We can see the light of the reactor jolting back online the very moment Tony opens his eyes.