The timeline between 1990 and 1999 offered some spectacular films for all time. Apart from films like Escape from LA and The Matrix, the 1990s also released some iconic action movies that helped to define mediums for the future. Throughout the decade, filmmakers released iconic entertainment those were also jam-packed with tons of clever but small details.

Some of the film viewers even re-watched the movies to get hold of everything they missed on their first viewing. Out of these watchers, some eagle-eyed fans have noticed minute facts and details that are worth sharing with others.

With that said, here is the list of some facts and details that you probably missed while watching these 90s action hits – 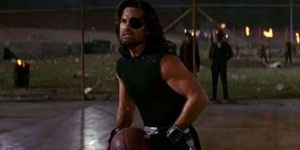 Actor Kurt Russel actually practiced playing Basketball for Escape from LA (1996). Remember the full court scene from the movie? It was not CGI but Russel himself who took that shot.

A Real Robbery: Leon: The Professional 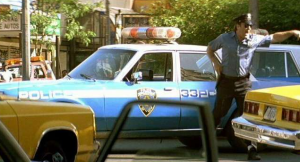 When the crew was filming some extra scenes for Leon: The Professional (1994), a real robbery took place at a nearby store. The thief later ran and surrendered himself to the police officers, not realizing that they were filming a scene on the street.

When Danny and Slater entered the police station in Last Action Hero (1993), they accidentally crossed paths with T-1000 from Terminator 2 (1991). 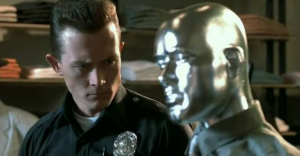 T-1000 given a confused look to the silver mannequin in Terminator 2: Judgment Day. The expression looks like he is in his natural format but that was not the scenario at that moment. He got foreshadowed there.

Interrogation of Ford: The Fugitive 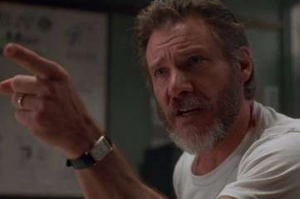 The Edgar Suit: Men In Black 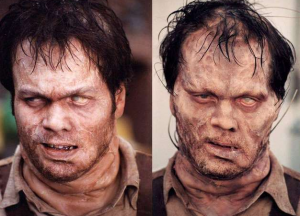 Edgar’s suits got decomposed while the shooting was ongoing for Men In Black. 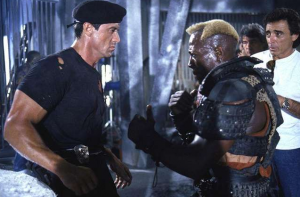 Wesley Snipes has a black belt in Haptiko and Shotokan. During a scene in Demolition Man (1993), he moves so fast that the makers had to ask him to slow down so that they can capture his moves. Before that, his shots were completely blurred. 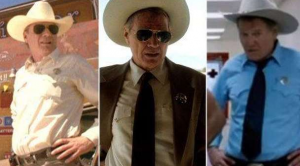 Volker Engle played the role of the officer who gets killed in the alien attack on Independence Day (1996). Surprisingly, Volker was the special effects supervisor of the film who also received an Oscar for his work.

Oracle’s outfit and the kitchen outlook in The Matrix (1999) were a reference to Michelangelo’s Delphic Sibyl. It depicted a Greek oracular structure.