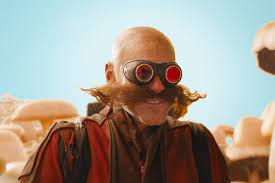 As surprising as this may sound to the person receiving it, Jim Carrey gave away a brand new car to a crew member of Sonic Hedgehog 2. It has been reported that the actor is in Vancouver filming the sequel of the same. As a dun reward for the cast and crew, Carrey raffled off a new Chevy Blazer RS. It turns out that one of the camera operators was the lucky one to win the grand lottery. It would be a refreshing rise for someone who could’ve used the pick-me-up. For the readers who are curious that car goes for about $40,000. Ever since the first movie was released the beloved comedian was on a streak of good luck. Carrey was one of the main characters worried when the main character had to be redesigned when the internet absolutely crushed the design.

As the fans might already know that Carrey is quite picky when it comes to choosing the roles he wants to act on. So, one can easily guess how lucky the production might have felt to know that he is indeed one of the crew members. He says, “The comedian doesn’t accept any roles, so it is a true honor to get a hold of him”.

The leading man James Madsen recalls, “I believe, I don’t know if I’m supposed to say, as many as they want to make. Yeah, that’s my somewhat vague answer. It is such a good group of people and it was so much fun to see Jim [Carrey] enjoying himself again. I think this was his second-biggest opening weekend of all of his movies. I was kind of amazed at that statistic. He just had a big smile on his face and he was hugging everyone. It just felt like it was such a cool thing.”

“I grew up, and I was in high school emulating him and watching him on In Living Color doing his thing,” he added. “For him to take a little break from the business and come back with the Showtime show and then this. To chew the scenery with his amazing ways and just have fun doing it again was a real joy for me because he’s always been an inspiration. It was just fun to see. He’s just putting his arm around everyone and going, ‘Man, what a great ride. I can’t think of any better people to be experiencing this kind of success with.’”

If you are psyched up on Sonic Hedgehog 2, then please let us know in the comments!