While thinking about the Flash, we assume that he’s the fastest speedster in the universe. He’s one of the most iconic characters to ever step out of the DC universe. He can connect with the Speed Force, along with all her powers which make him a superhero that can travel through time and space. Since his first appearance in 1940, he has undergone many changes, appearances and transformations.

However, there are a few speedsters who have succeeded in surpassing The Flash. There are some heroes to achieve this feat, while some evil villains. Today we will list 4 DC speedsters faster than The Flash (and 3 that are slower!)

Reverse Flash is one of The Flash’s biggest achievements till date. He’s a genius with an extremely high IQ and is also one of the fastest heroes in the whole DC universe.

He can hit his opponents hundreds of times per second, run on water and gas even traveled through time and space.

The First Flash, Jay Garrick first appeared in 1940’s Flash Comics #1. After gaining his super speed abilities, he used to mask his identity initially and used his abilities to make it difficult for people to Photograph him.

However, Flash was created in 1956 with Barry Allen and ever since Garrick’s rank as a speedster has fluctuated a lot but he’s the second fastest Flash behind Barry Allen.

Savitar, named after Hindu God of Speed, was one of the most formidable foes of Wally West. He broke the sound barrier while testing a supersonic jet. He wishes to know all he can about the Speed Force and tap into it.

He took on the entire Flash family during the “Dead Heat” storyline which saw the demise of Johnny Quick.

Shown as an agent of the end, taking out those related to the Speed Force, Black Racer was created by Jack Kirby in 1971. Sergeant Willie Walker became Black Racer after he was granted powers by Darkseid.

He could travel through solid objects and travelled on cosmically powered skis and wasn’t as fast as Barry Allen.

Debuting in 1994’s The Flash #91, Bart Allen aka Kid Flash had insane speed. He did possess many traits common to speedsters like running on water and creating air fiction.

He can also create Speed Force avatars that can even send back through the time continuum. Also, this guy isn’t affected by alterations to the time stream. 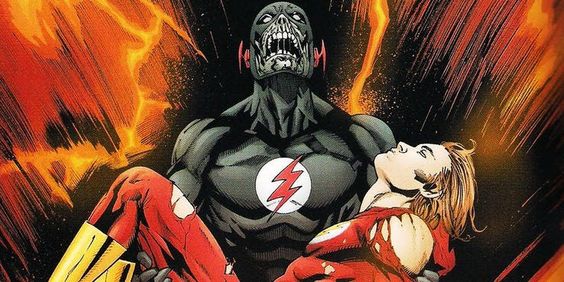 Black Flash seeks out to kill those who use the Speed Force. He took the lives of many heroes like Johnny Quick, Max Mercury and even Barry Allen himself. He acts as Death since Death isn’t fast enough to catch these speedsters.

Allen also became Black Flash for a short time before Professor Zoom took over. However, Barry Allen would defeat him in a race on most occasions. 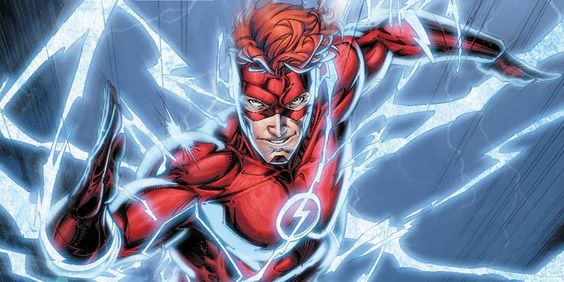 Wally West is the fastest guy to take on The Flash persona. He can use vibrations to maintain his alpha level and can reach lightning speed by not thinking. He has a special connection with the Speed Force and unlike others who become Flash, his direct line to the Force allows him to run for a longer period of time without taking a break.

If this isn’t enough, he can’t be seen by a naked human eye and can also run on water and travel through time.