Spider-Man 2099: Facts About The Potential Into The Spider-Verse 2 Villain

Recently, the latest trailer of Spider-Man: Across the Spider-Verse 2 has shown up. The trailer featured a new variant of the Web-Slinger who attacks Miles Morales. It is Spider-Man 2099. Following the events of the former part that highlighted the origins of Miles Morales and a greater multiversal plot, there isn’t any surprise why the film is getting its sequel. With that being said, it is finally going to bring Miguel O’Hara’s Spider-Man 2099 on screen. The character was hinted at in the first film’s post-credits scene as well.

While Shameik Moore battled to get all the Spider allies back home to their realities, it looks like – now a new adventure will see the return of Hailee Steinfeld on-screen as Spider-Gwen. After watching the new trailer of Spider-Man: Into the Spider-Verse 2, it could be echoed loud that Gwen is trying to reconnect while thriving to help with some of the multiversal issues.

Soon, Miles Morales’ Spider-Man is going to enter the multiverse. There, Brooklyn’s Web-Slinger will get attacked by Spider-Man 2099 whose only goal is to battle with whatever appears to be different in the world. With that being said, here is a sneak peek into Spider-Man 2099’s abilities, powers, and some other facts and details –

Marvel comics’ Miguel O’Hara, AKA Spider-Man 2099, was created in 1992 by Rick Leonardi and Peter David. Now, this variant is soon going to appear as a prominent villain in Spider-Man: Into the Spider-Verse 2. While trying to protect the Nueva York city, Spider-Man 2099 will gain more influence over the city. Moreover, Alechemax is exactly from where he got his powers.

Further, Miguel also got talons on his hands and feet. As a result, he could climb and stick to the walls just like a Spider does. Apparently, his webs are quite organic and shoot directly out of his wrists.

With that being said, in the last couple of years, Spider-Man 2099 has established itself as a prominent character in the Spider-Verse. He might also become one of the upcoming heroes in the Marvel Cinematic Universe’s Heroic Age. Thus, it makes quite a sense that why he is playing a significant role in Spider-Man: Across the Spider-Verse and helping Miles Morales go through the multiverse of multiple realities.

Who Will Voice The Spider-Man 2099

Spider-Man got featured in Into The Spider-Verse (2018) but not much about him was revealed then. However, the 2018 released film depicted that Spider-Man 2099 got his powers and abilities after jumping from the multiverse. It was all a natural and automatic process. Thanks to Lyla’s efforts, his personal assistant got voiced by Greta Lee, while it was Oscar Isaac who voiced Spider-Man 2099. With that being said, it is now confirmed that Oscar Isaac will return to voice Spider-Man 2099 this time as well.

One of the most prominent and intriguing scenes of the latest Spider-Verse 2 trailer was the battle between Miles Morales and Spider-Man 2099. Well, claiming it as a battle would be insignificant because it was Spider-Man 2099 who was violently attacking Miles Morales and not the other way around. But why was he beating Morales? Probably because when they met each other in the previous part, the tension between both of them sparked. Or maybe it’d be the odds between both of them that will ignite a sense of disastrous future in Miguel’s brain.

To conclude, whatever the case is going to be, it’d be very intriguing to see Miguel O’Hara’s Spider-Man 2099 highlighting his powers and abilities on screen. 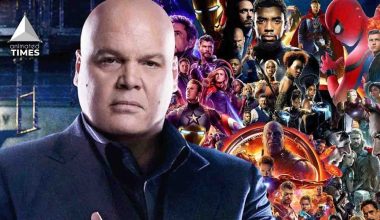 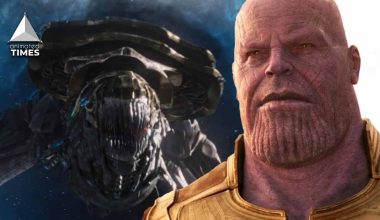 Read More
Thanos is at this point not a functioning piece of the Marvel Cinematic Universe, yet there’s one major… 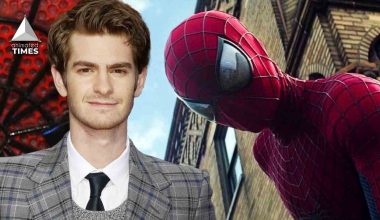 Read More
As Spider-Man: No Way Home nears its release, Andrew Garfield has recently revealed his favourite Spider-Man suit. His… 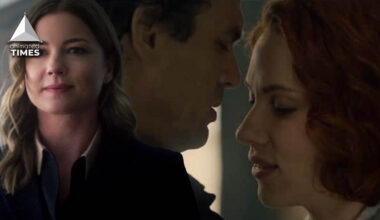 Read More
Calling the Marvel Cinematic Universe as a beloved franchise would be too mild to refer to. Only a…