Michael Keaton wants to be everywhere – from appearing in the trailer for Morbius and also, Batman, it was confirmed by him last night that the actor will return as the Vulture. He didn’t name a given project where he will appear, this conversation happened while he appeared on the Jimmy Kimmel Show. He even went on to reveal that he is in fact, currently shooting something with the character. This got all fans wondering what could be that be for – with many thinking it’s Morbius while others felt it could be a post-credits stinger for No Way Home. We saw Keaton as the Vulture in Spider-Man: Homecoming where he played the primary villain. He also added a notable twist when it came to light that he was MJ’s father.

The Curious Case of Michael Keaton

Keaton’s appearance in multiple Marvel trailers across two different universes had many fans wondering if Morbius is set in the Marvel Cinematic Universe. But with a lot of multiverse getting involved in No Way Home and later, Doctor Strange in the Multiverse of Madness, it is quite possible that there is one more explanation for the same.

Keaton was seen sharing a rather funny anecdote about how he finds MCU mythology quite complex and also stated that the efforts of the production for him to speed up went in vain. While talking to Kimmel, he said, “I’m shooting tomorrow; I’m shooting Vulture stuff.” When asked by Kimmel about what he was shooting, Keaton just jokingly replied, “Vulture stuff.”

You can watch the video below: 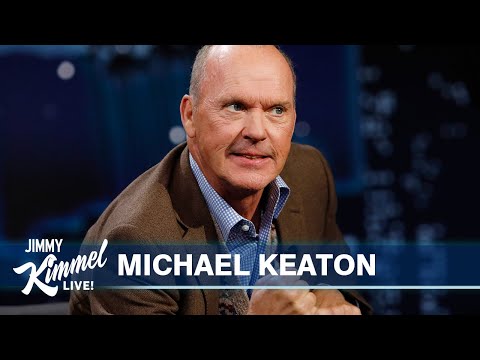 It was also revealed by Tom Holland while speaking to GQ that he feels his time as Spider-Man is coming to an end.

“Maybe it is time for me to move on,” Holland said in the interview. “Maybe what’s best for Spider-Man is that they do a Miles Morales film. I have to take Peter Parker into account as well, because he is an important part of my life…[but] If I’m playing Spider-Man after I’m 30, I’ve done something wrong.”

While many Spider-Man fans have grown up on a middle-aged, grown-up Peter Parker in the 80s and 90s, but Holland is a bit young for that. Most earlier iterations of the web-slinger have been based on his school experience and teenage life, but Holland’s Spider-Man has been slightly different than his previous versions. In earlier films, we saw both, Garfield and Maguire graduating from college and then continuing their lives as superhero.

However, let’s also not forget the Blip and those five long years – which is actually a long time in the MCU. Since his appearance in Civil War in 2015, Tom Holland has appeared as Spider-Man in five films which include two Avengers films and three solo outings. If we believe other theories, Holland still has it in him to play Spider-Man for at least another trilogy before leaving the MCU.