There are a total of 19 different Spider-Man suits in Spider-Man: Miles Morales. Here are the best and brightest of the lot. Let’s dive in. 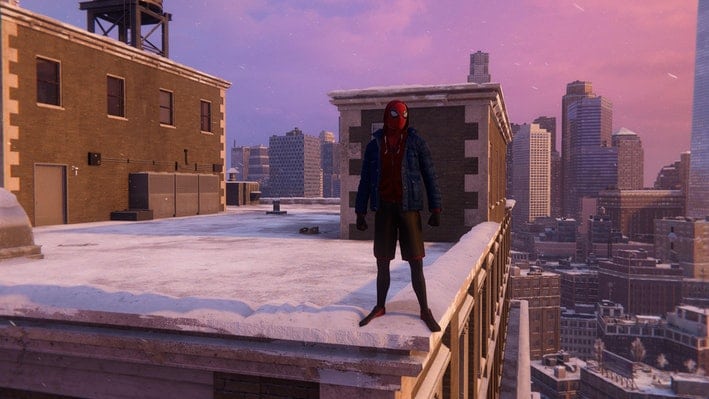 This the the default Costume Miles Morales is waring at the very beginning of the game. It does not come with any special powers or abilities. The suit still has a great design and a classic look taken directly from the pages of Marvel Comics. The Sportswear suit then eventually paves the way for Miles Morales to unlock other special costumes as you play the game. 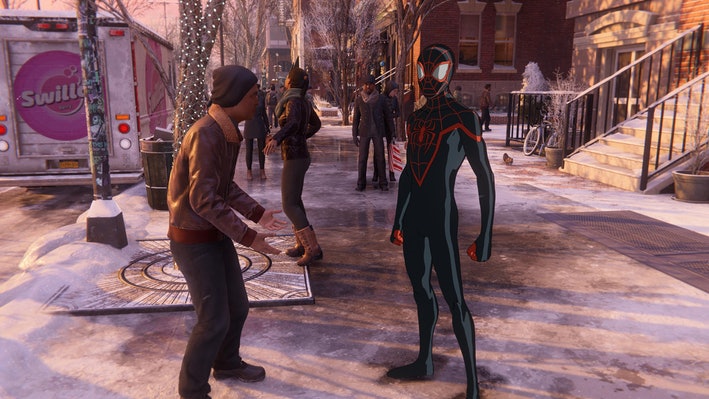 The Animated Suit has a weird animated texture. The suit does not blend in with the phot-realistic graphics the in-game universe is rendered with. It bears some similarity with the Marvel’s Spider-Man animated TV series. The player needs to be at least Level 7 with 20 activity tokens to unlock the suit. The suit’s special mod is Stronger Webs – it makes web stuns last longer than usual. 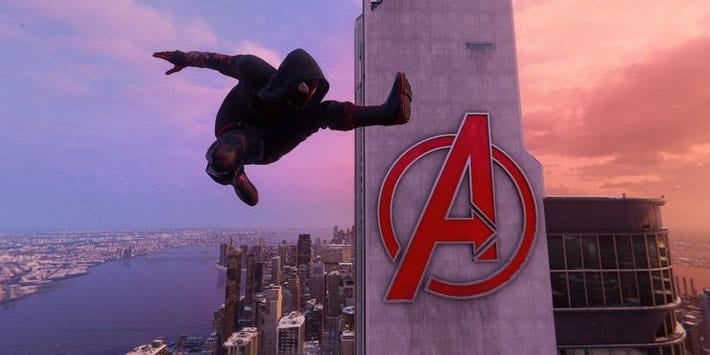 The End Suit is unlocked after the player reaches Level 11, has 16 activity tokens and 2 tech parts. The suit has a more rugged and urban look. It comes equipped with camo pants and an open hood. The End suit has minimalistic designs. The End Suit has one of the most effective mods in the game. It’s Steady Focus mod allows the player to increase their stealth attributes. The longer Miles remains under camouflage, the more undetectable he is. 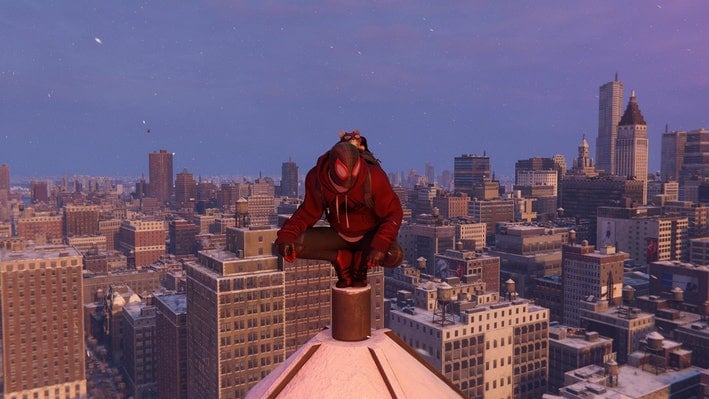 This suit is our personal favorite. If you are a cat person, this suit might be the one you would be looking for while playing. There is a side quest during the early phases of Spider-Man: Miles Morales where Miles has to save a cat named Spider-Man. Once the quest is completed, Miles wears the Bodega cat Suit. The gorgeous rugged look is complimented by a back-pack which carries a cat wearing a Spider-Man mask. While fighting bad guys, the cat sometimes pops out and helps Spider-Man take them down. 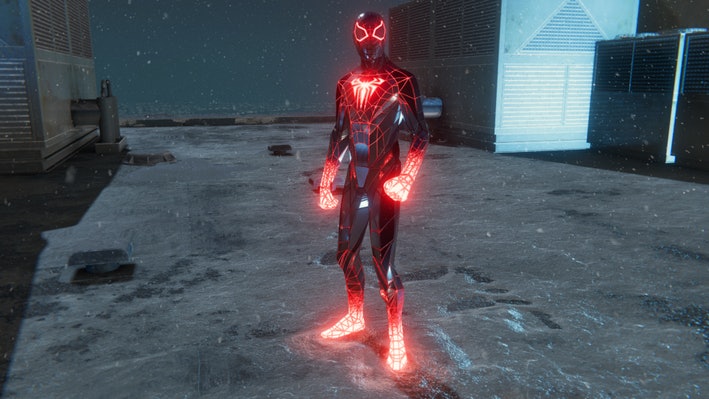 The Programmable matter suit is unlocked after Miles clears out all Roxxon hideouts throughout New York and completes the Matter Up Side Mission. The suit gives Miles access to underground tech. If you are enamored by the technology used by the Tinkerer, then you might like this one. The Programmable matter Suit allows for special takedowns with extendable legs. That is a clear shoutout to the Iron Spider Outfit. 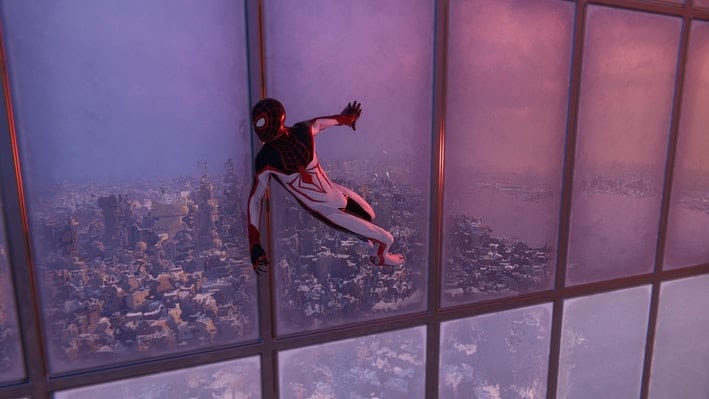 You unlock this suit if you reach level 6 and have 10 activity tokens along with 1 tech part. The T.R.A.C.K Suit stands from Time Response Activated Circuit Kinetic Suit. The design of the suit is very unorthodox. The black color which forms the base of Miles Morales’ Spider-Man suit is replaced almost entirely with white. The Visor Mod Unlock of this suit is termed Untrackable. It reduces damage from long range attacks. This comes especially handy when you are still learning to deal with bad guys equipped with firearms. 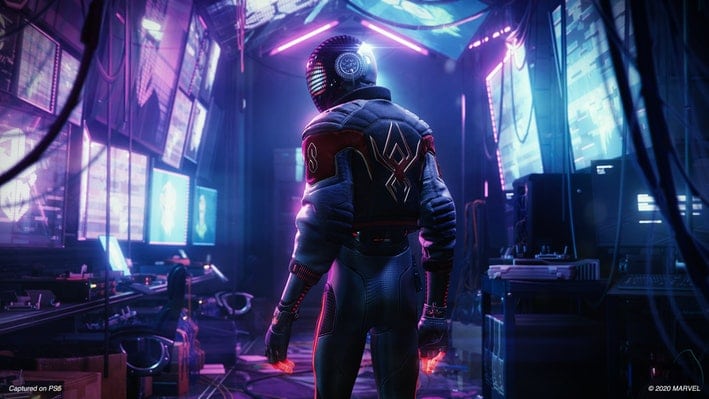 Peter Parker would leave an array of hologram challenges for Miles Morales before he leaves New York. If you manage to complete all these Spider-Training missions, you gain access to the Miles Morales 2020 suit. the suit has no mod but it is the most stylish suit on this list. It comes with a chest mounted LED Spider-Symbol Display and Headphones. Even the eyes are replaced with a daft-punk style display. If you want the suit that bad, complete the final Spider-training quest titled “The Final Test” to gain access to the suit. 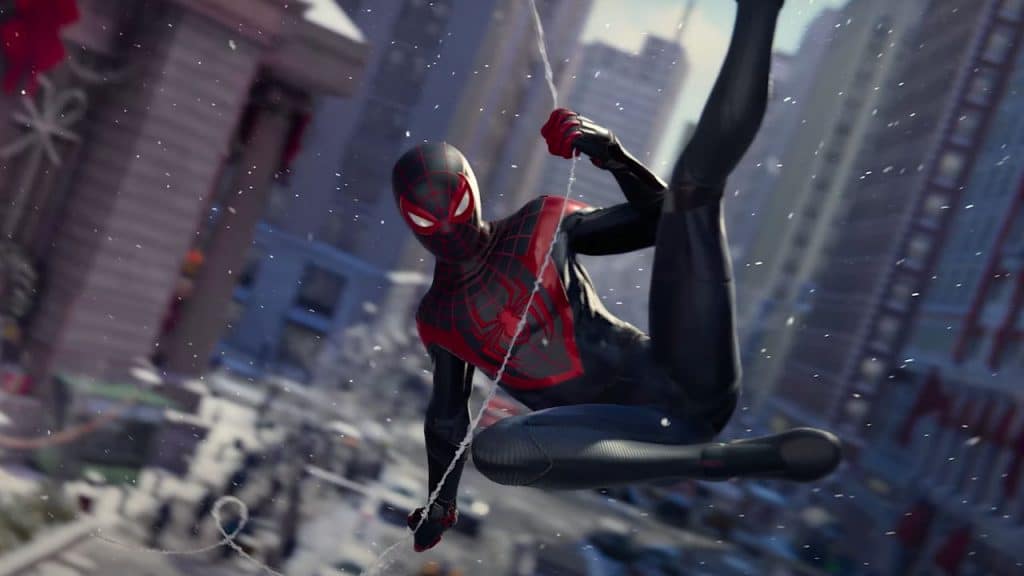 The Classic Suit is the same one worn by Miles Morales in the Marvel Comic Book Universe he hails from. The suit is comic book accurate so if you are a die-hard comic book fan, you might want to check this out. The suit is unlocked during the mission “Time To Rally”. The Suit mod is designed to fight the Thugs of the Underground. Its called the Zap Slap.  Spider-Man’s Venom Strike gets a major upgrade. Whenever you grab or throw an enemy’s weapon, the shockwave is way more devastating than normal. 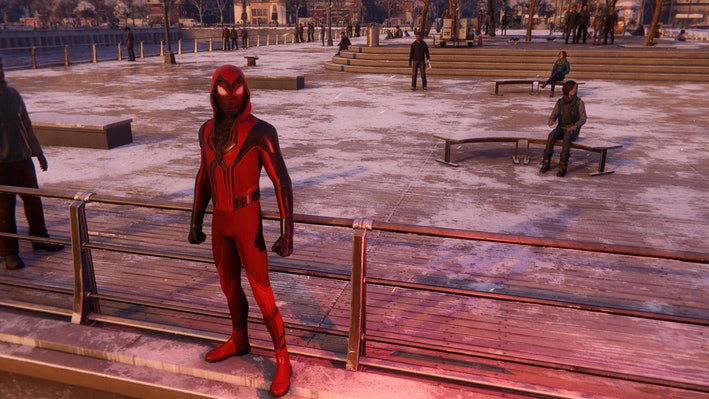 This is one of the hardest suits to unlock because of its requirements. It needs you to reach level 9, have 14 activity tokens and 2 tech parts. The crimson Cowl, as its name suggests, is primarily red in color with splashes of black. The name and the design of the suit is derived from Justin Hammer, a Tony stark villain who was also a member of the Thunderbolts.  It’s special mod is called ghost strike and it allows you to perform long range webbed takedowns without alerting your enemies. 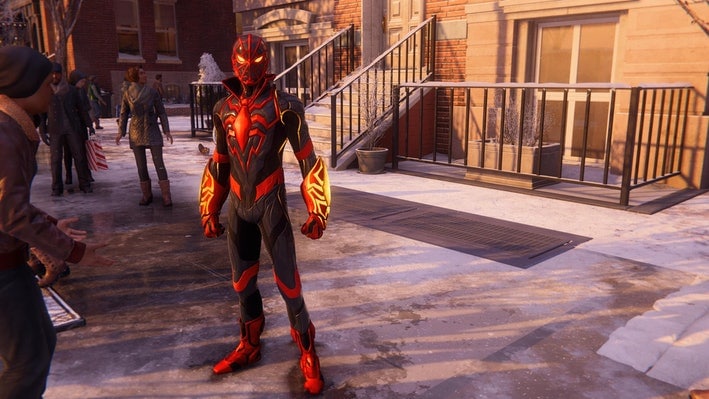 The suit requires the player to reach level 10, have 16 activity tokens, and 2 tech parts. STRIKE is the United Kingdom’s answer to SHIELD in the comic books. The suit imagines Mile Morales as an Agent of S.T.R.I.K.E. It has armor plating and powered gauntlets. Its mod is called Venom Overclock which regenerates your Venom Power faster as your health drops. It’s useful in Boss fights or when things are looking bleak.