Despite efforts to distinguish Tom Holland’s webslinger from others who came before him:

Though efforts have been made to distinguish Tom Holland’s webslinger from those who came before, Spider-Man: No Way Home is rife with allusions and winks to previous versions, the least subtle of which is the appearance of adversaries from Raimi and Marc Webb’s Spider-Man films. Still, it’s evident that Marvel is going all out to give this new Spidey Endgame-level implications. No one appears to be safe, and this notion extends to one of Peter’s most significant individuals. In the Spider-Man world, love partners don’t always have the best luck. From Mary Jane Watson in Raimi’s original Spider-Man to Gwen Stacy in Marc Webb’s The Amazing Spider-Man 2 (the latter with tragic implications), the webslinger is virtually always saving ladies from perilous heights. Even if Gwen’s death in the last Spider-Man series has faded from some people’s memories, No Way Home’s new teaser offers a similar peril for its new love interest: MJ.

In a critical sequence in the trailer, MJ falls from the edge of a scaffolded building:

In the clip, MJ falls from the edge of a scaffolded structure, which is hauntingly similar to Gwen Stacy’s aforementioned death scene. Given the hero’s sad appearance at another time in the clip, viewers were correct to question if Peter would get the chance to save his love. While the parallels to Gwen Stacy are unmistakable, does this necessarily imply that MJ’s fate will be similar to hers? Despite Tom Holland’s hints about the “darkness” that awaits fans in “No Way Home,” certain lines may be too touching to cross more than once. Gwen’s death in The Amazing Spider-Man 2 corresponded to her death in the comics. Although it was heartbreaking for many, in the broader perspective of things, it made sense. MJ, or Michelle Jones, on the other hand, is unknown territory. She has no actual counterpart in the comics, so her end is a complete mystery. It’s conceivable that her fall was depicted in the teaser to divert viewers’ attention (and speculation) elsewhere, leaving the actual repercussions for the film’s release.

Much of No Way Home’s narrative has been kept under wraps by Marvel Studios:

Much of No Way Home’s narrative has been kept under wraps, and as a result, the film is certainly one of the most anticipated in MCU history. Whatever happens to MJ, it’ll be a fresh take on Spider-Man’s love affairs. Just as the character’s name is a nod to the famous Mary Jane, her journey in No Way Home might reinterpret the old clichés that Spider-Man fans are accustomed to seeing. Spider-Man: No Way Home will be released in cinemas on December 17. 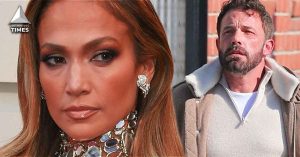 “It just looks like she doesn’t trust him”: Jennifer Lopez Spotted Arguing With Ben Affleck at a Party Over Alcohol 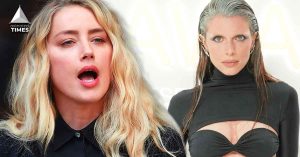 “I’m not worth $30M, not even close”: Amber Heard’s Ally Julia Fox is Whining Why Her Bank Accounts Aren’t Worth Millions After ‘Underwhelming’ NYC Apartment Tour