In the Marvel Cinematic Universe, Peter Parker and his crush MJ have finally taken steps toward becoming a legitimate couple, admitting their feelings for one another in the recently-released Spider-Man: Far From Home. However, in real life, Spider-Man stars Tom Holland and Zendaya aren’t actually, no matter how much the Internet wishes that were true. In fact, it looks like Holland might have a relationship he’s been keeping on the DL as of late.

This week, TMZ posted photos of Holland with a mystery woman at Hyde Park music festival in London on Sunday. Holland and the woman watched acts like The Black Eyed Peas and Robbie Williams at the festival, and were seen cozying up while grabbing some beers.

You can check out the photos of Holland and the woman in the tweet below.

This woman could be Holland’s new girlfriend, hanging out with him in public for perhaps the first time. Or it could be a little more casual than that. Or really anything in between. Tom Holland is a young actor living his life, and this woman is clearly doing the same thing. Their personal relationship really doesn’t matter all that much, especially considering Holland hasn’t made any statements publicly about their connection.

Every fan wishes Tom Holland and Zendya to be together 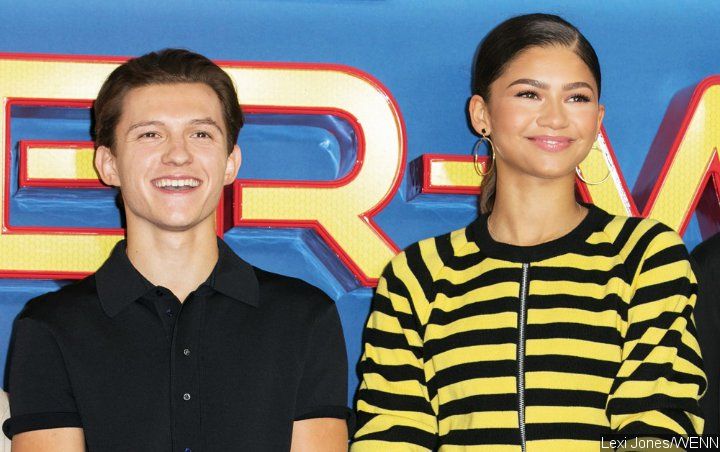 While folks online will forever wish that Holland and Zendaya were together in real life, not just on the big screen, that doesn’t appear to be happening, at least not any time soon. That said, the two actors have become incredibly close friends over the last couple of years and they clearly care deeply about one another. During an interview with MTV, Zendaya mentioned that she often gets worried about Holland when he’s wearing the Spider-Man suit, which can be difficult to get in and out of.

“Honestly, the stories I’ve heard about him having to wear that suit, like I do not…” she said. “You know what I think about all the time that really scares me? Is like, when he wears that mask that you can’t just take off, cause it’s all like one piece, I get scared all the time like, what if he’s working so hard that he throws up, and then he can’t, he chokes! I think about it all the time! That’s really scary…Cause I look at him like ‘Please, I hope he never gets sick, oh my god!’”

Spider-Man: Far From Home is currently playing in theaters everywhere.